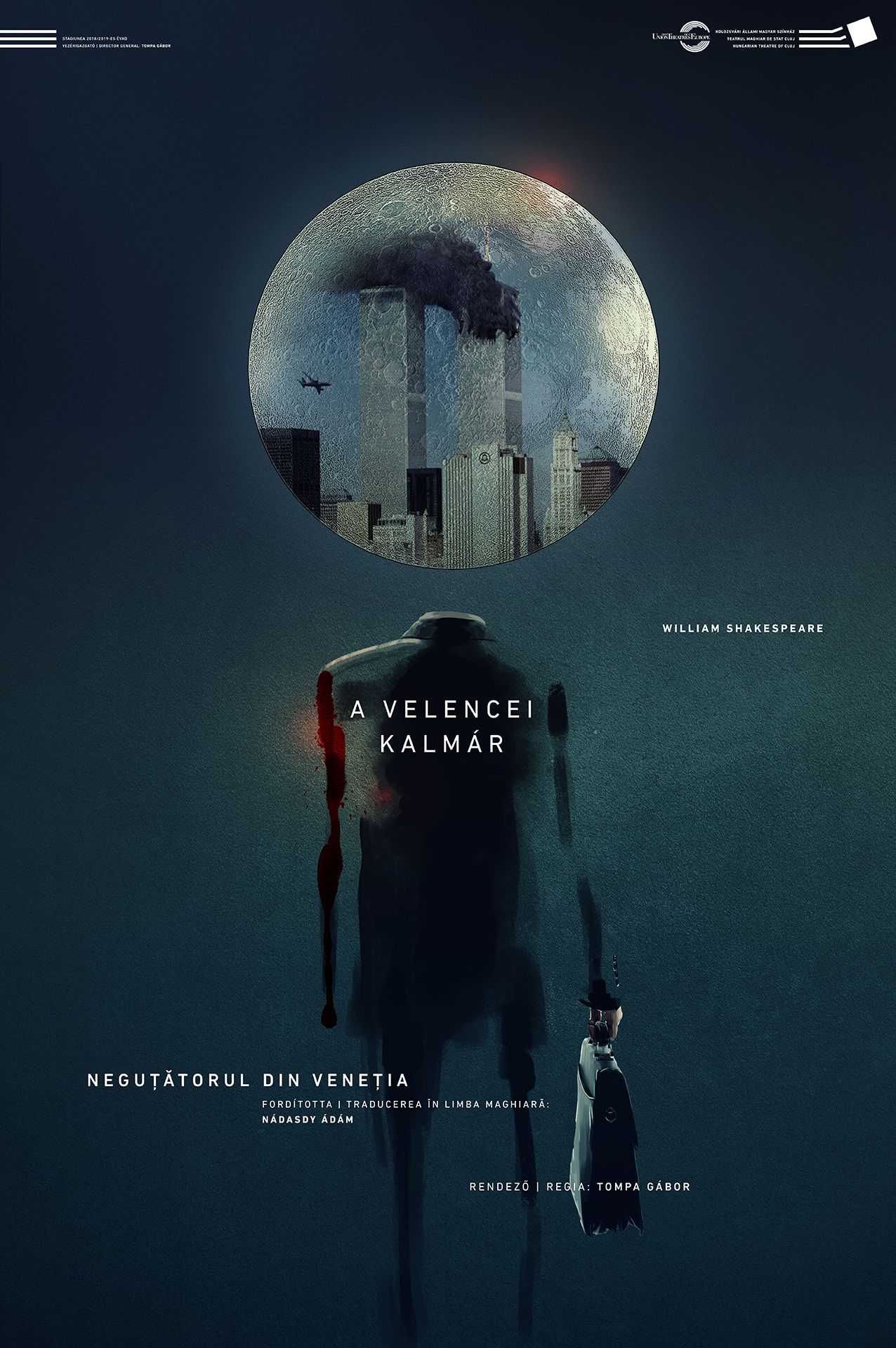 The Merchant of Venice

It is said that “the Jews rule the world”. Possibly. But also while paying the price of countless humiliations... Up there, in the elevator, above everyone, the character is alone. It's a world where we can hardly find our place, whoever we might be, wherever we might come from. A world in which we are alone, no matter how much we socialize virtually or in the underground clubs. A world of trade.
Maria Zarnescu: Despre alegeri în teatru și interese în viață. Sau invers
[On Theatre Choices and Life Interests. Or vice versa]
, Yorick.Ro, 2018

The actors are driven by interests, emotions are secondary. Yet emotions lead to tragedy, and there is no compromise concerning these.

The authentic, precise performances of the actors are what make The Merchant of Venice to be shocking. Great character portrayals in an utterly exciting, contemporary, astonishing production. Every single actor in the cast deserves our highest praise.

The production does not take a stand, but formulates a series of questions about faith and disbelief, revenge and forgiveness, love and hatred. Where can the complete lack of neighborly love and forgiveness lead? Where can exclusion and the hatred towards otherness lead?
Simon Judit: Shakespeare-komédia, kegyetlenül [A Shakespeare Comedy, Ruthlessly], 2018. November 12. ERport, 2018
.

UNITER award for the Best Director for Gábor Tompa (2019).

The Merchant of Venice is a comedy about the blithely diffused struggle between Usury and Friendship, Revenge and Forgiveness, Disharmony and Harmony. (...) Fairy tale, dark comedy, moral parable or comedy dell'arte? The raw material gathered unconsciously within Shakespeare, only the stage master who intertwines the situations presented is conscious. But the craftsman is also a poet, and the enchanted raw material reflects the fullness of life, even when he does not want us to take it too seriously.

The show takes place in the cold world of modern technology, where, in contrast, passions run high. Passions that point, first of all, toward narcissism and selfishness. At the same time, these characters are also prisoners of certain aspects of their own lives.

Nobody chooses to give up everything, or to say he or she is not interested in money. They all act according to their own interest, everything being manipulated by a complex network of interests and alliances. Of course, each character bears strong, sincere emotions; there is sex, love, eroticism. But the characters do not decide based on these. They only temporarily believe these things to be more important. Selfishness and self-interest interfere in all decisions reached. If we reflect on this idea, we can create a terribly cruel theatre. Of course, with elements of comedy, with comic situations, but essentially a greedy, cruel chase after “immortality”, survival or happiness. 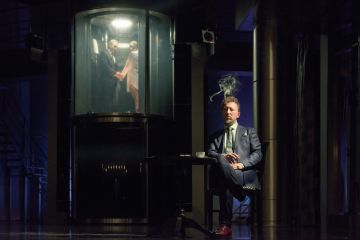 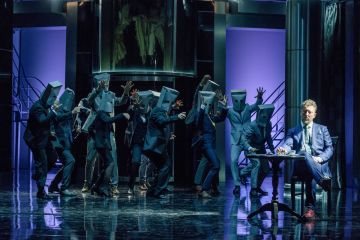 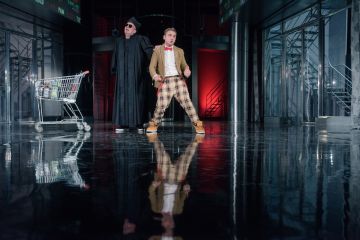 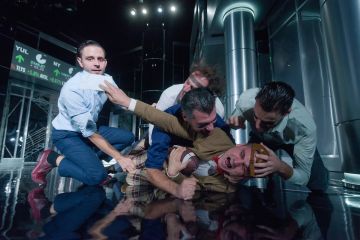 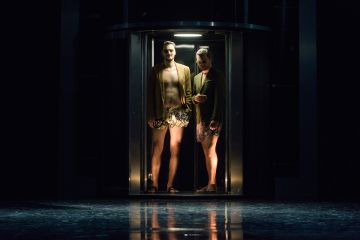 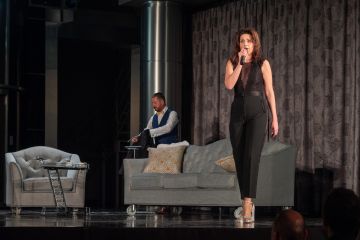 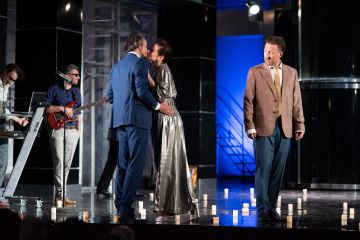 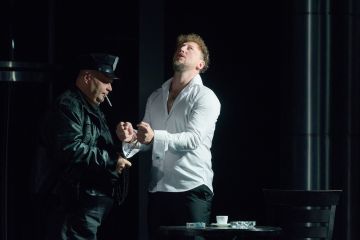 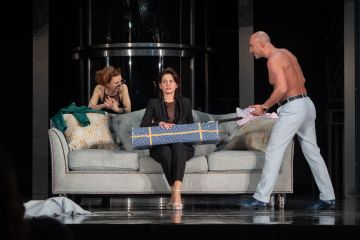 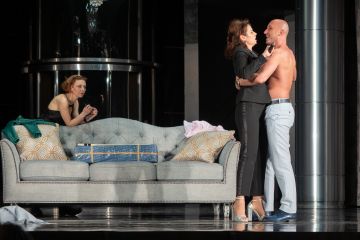 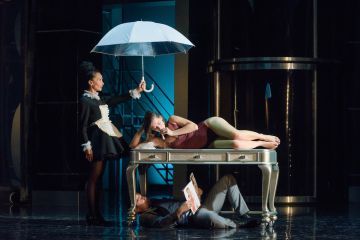 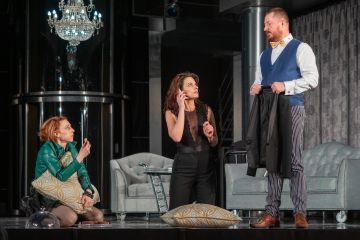 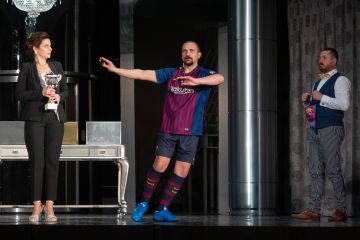 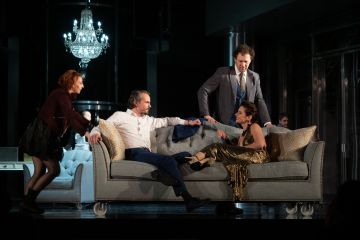 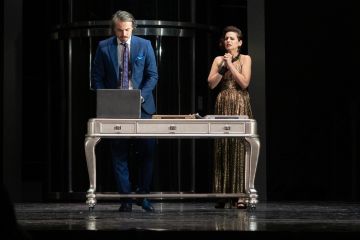 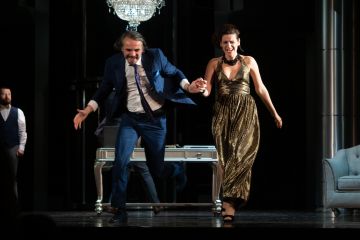 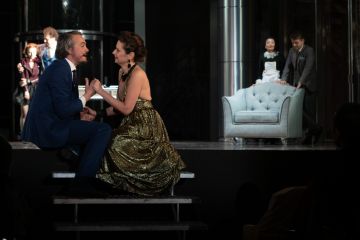 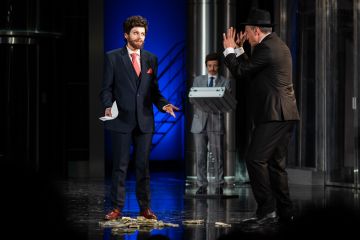 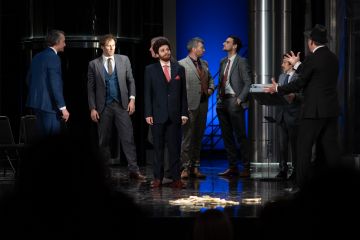 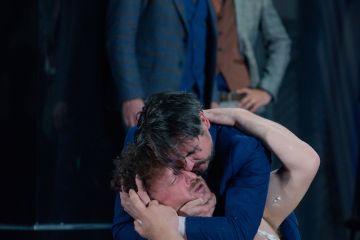 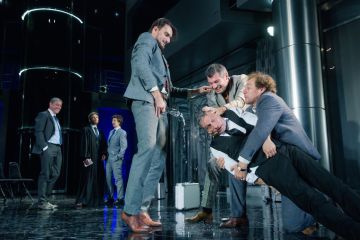 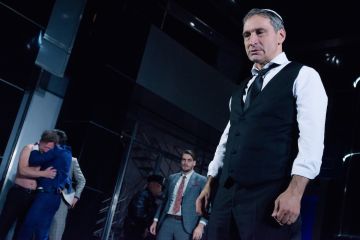 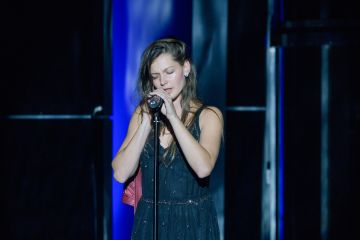 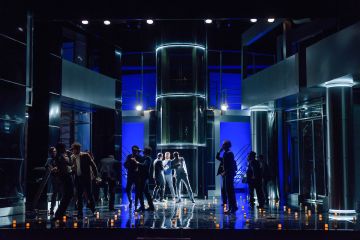 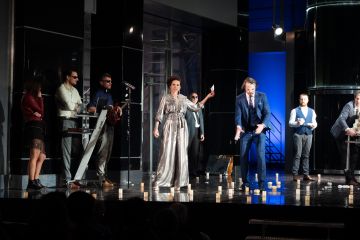