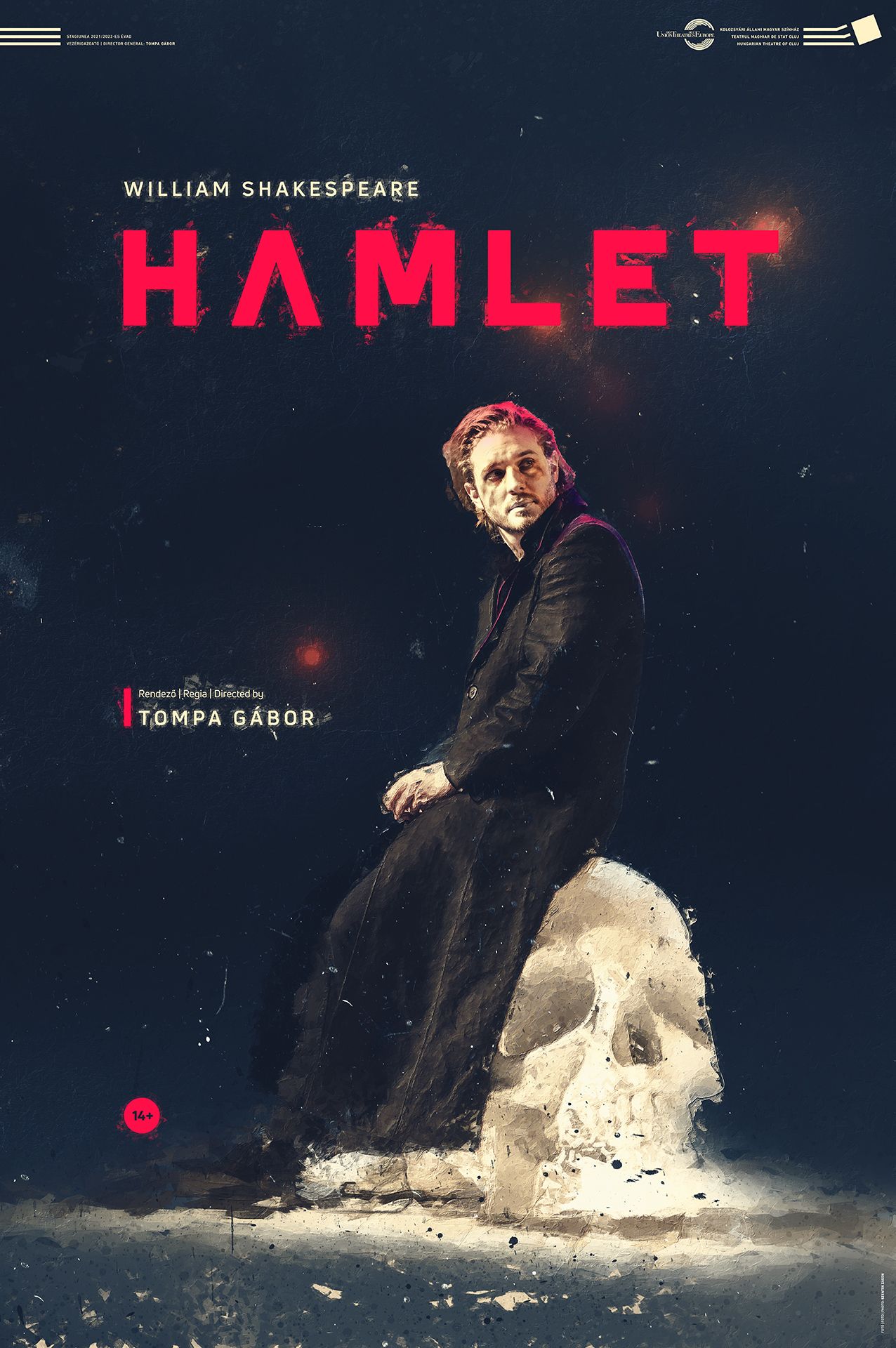 Hamlet is simultaneously assailed by the great project of early modernity, as in the possibility of personal and direct faith, as well as a grave doubt concerning the divine origin of royal power. Claudius is described in such strong and direct words as unworthy of the exercise of kingship that the violent death of old Hamlet becomes synonymous with the death of God and the impossibility of renewing resurrection: “So excellent a king, that was to this / Hyperion to a satyr”.

Hamlet's despairing doubt is not, however, directed only at Claudius, but also at the murdered father-God, his own father. Luther's 95 theses emphasize the untenability of the dogma of purgatory (he sees it precisely as Satan's night-sowing, with which he has corrupted the doctrines of the faith), since he sees it as the self-representation of a church institution that ensures the artificially maintained dependence of the faithful. Hamlet is therefore forced to doubt the Ghost himself, since old Hamlet, in addition to suffering in purgatory, believes that his own suffering is shortened by the revenge of his own son, which is in no way a Christian idea, whether Catholic, Protestant or Orthodox.

The dramatic situation that has arisen forces Hamlet into the role of the instrumentless redeemer who does not believe in his own vocation: the son must perform an act of justice and restitution in order to restore a kingdom whose ethical order he no longer believes in, or at least of which he has serious doubts.

It is a median stance, the promise of pure tragedy and catharsis, which holds the entire work together as a perfect whole and makes it fragmentary, as is the case with great works in general. Catharsis, however, is not possible without the complete abolition of the 'order' that is in place: all must perish for the new political-ethical order to emerge from the ruins, but most of all in the heart of the spectator, who will recognize Hamlet, the performance itself, as his own situation; if he is lucky. 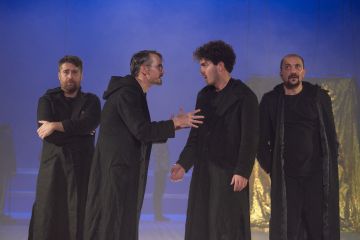 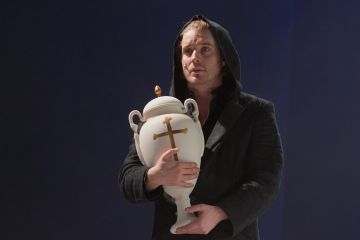 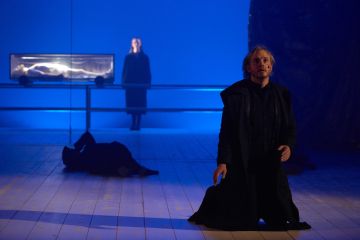 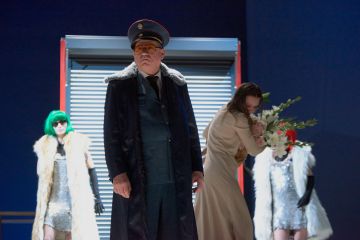 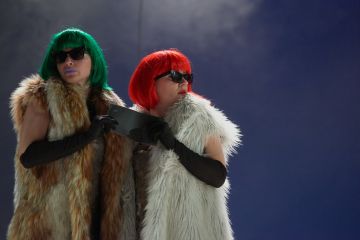 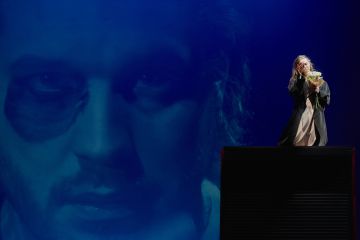 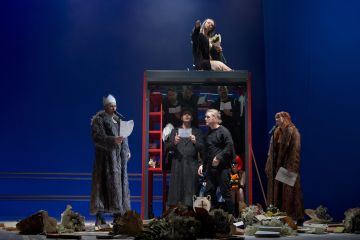 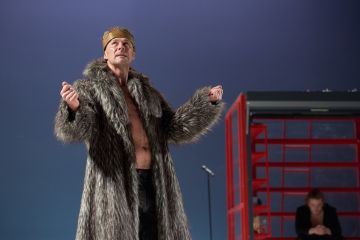 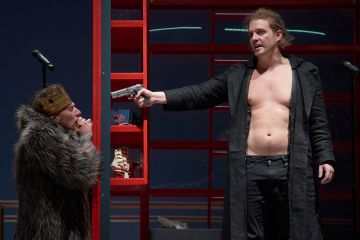 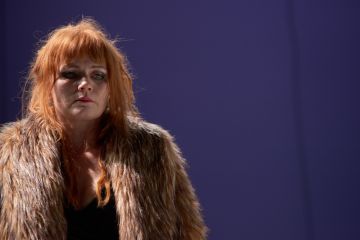 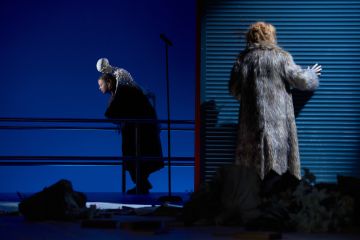 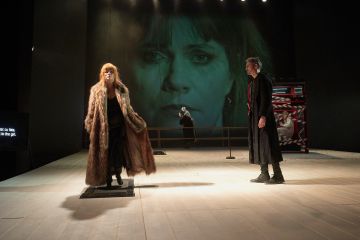 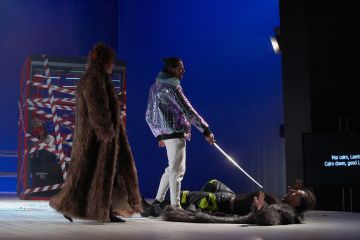 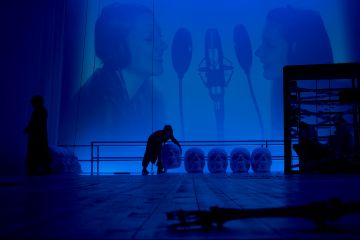 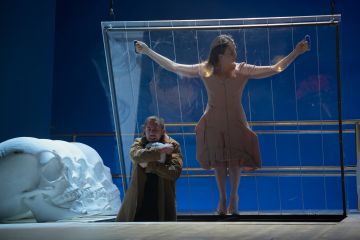 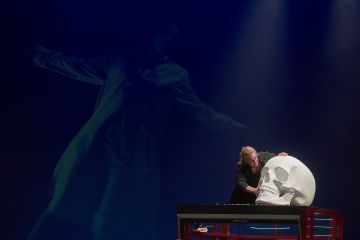 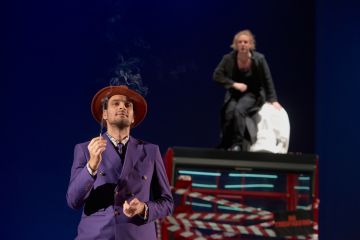 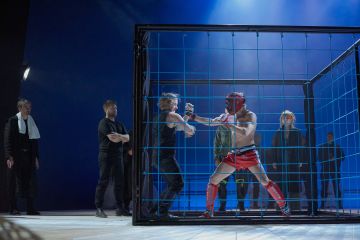 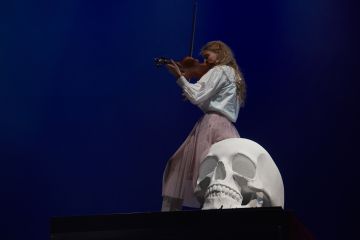