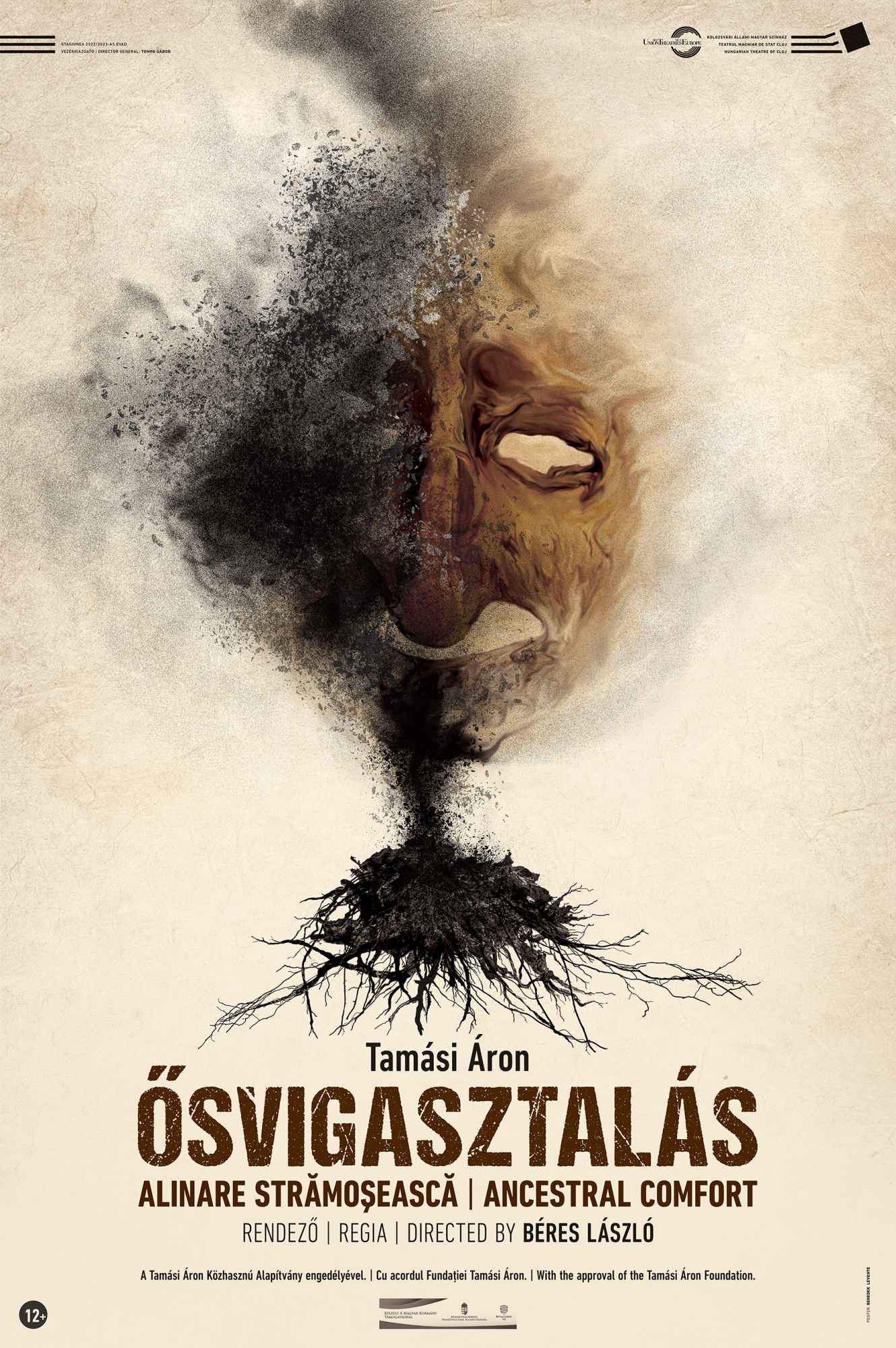 Initially considered lost, Áron Tamási's play was only brought to public attention in the 1970s, often puzzling theatre-makers and audiences alike, as long before his time, Tamási revealed the potential of modern Hungarian drama in his Ancestral Comfort, comparable to the atmosphere and message of important works of world literature such as Federico García Lorca's Blood Wedding or Yermas. However, Tamási's initiative is unique in Hungarian dramatic literature, as this trend has so far failed to develop, which is why we often encounter difficulties when we want to relate to this work based on the popular traditions of the Szekler people, which evokes the cult atmosphere of ancient pagan rituals.

The plot begins with the death of Ambrus Csorja himself, whose last wish is to be burnt by his brother. Ádám grants his wish, but this unusual act leads him to be suspected of fratricide, for which he is imprisoned. Bence Gálfi helps him escape from prison, but when he learns that they are both in love with the same girl, Jula Kispál, Gálfi kills Csorja. The deaths of the Csorja brothers follow one another, but the depiction of their tragedy transcends the thread of the plot, as Tamási uses the story to seek answers to questions such as the conflict between tradition and everyday life, faith and belonging, harmony and chaos, and how ancient traditions embrace the harmonious relationship between man and nature and the consequences of abandoning this relationship.

With the approval of the Tamási Áron Foundation.