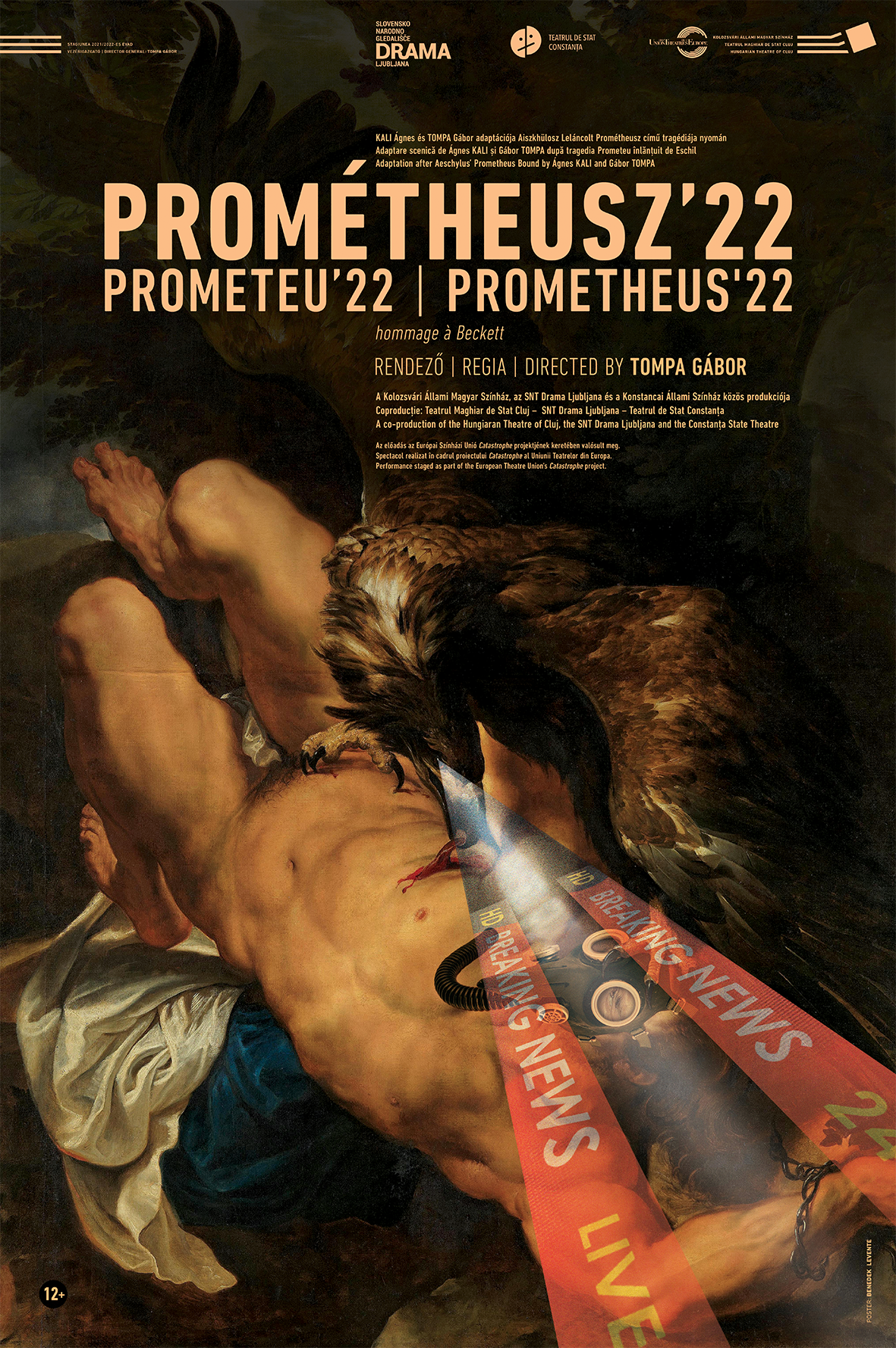 Whether Prometheus is saved or not, it doesn't even matter, since he becomes the subject of the news and thus loses his heroic aura. Does the Titan sacrifice himself in the name of humanity and fine arts? It may well be, but the answer is still up to the viewers. Do we still need art today? Does it still define our spiritual dimension? Can the (authentic) value systems we used to relate to be replaced by others (better ones)? We don't know the answers, though our intuition guides us regarding many such questions, in fact we are all aware that we have to make considerable efforts not to lose our compass, not to get lost in a world where the gossip, fake news and momentary impressions rule.

Tompa's staging is a theatrical manifesto, in these "out of touch" times; it is the declared confidence of the artists involved in the show, in the role and power of theatre to ask questions from the community; in fact, answers required of every viewer who is an intrinsic part of humanity.

How could this free-fall of ours caused by greed-inflated chimeras, an insatiable greed, be stopped... Greed for news, not desire for knowledge; greed for entertainment (!!!! ) and the inability to experience joy; the greed to swallow the "youth without old age" mindset of all the media stars; increasingly fallacious stories... the fear of suffering and turning the slightest discomfort into disaster; an addiction to living in a mediated reality, in front of an increasingly bigger screen, able to absorb our entire being.

It is safe to say that we have seen few better, more profound performances at the Cluj theatre in recent times. The multinational cast is a special feature, and during the rehearsal process they have become very well attuned to each other. The visual elements, sound effects and music emphasize the message of the production, and the fast-paced events engage the audience. At the same time, the characters in the play are portrayed by great actors, with Slovenian Igor Samobor, who plays Prometheus, playing the lead role with great depth and conviction.

Igor Somobor's performance is one of the highlights of the production, his Prometheus is expressive but never over the top, you can feel his anger and his love for people at the same time. An interesting aspect of the performance is that, although the drama of Aeschylus was chosen for the project long before the outbreak of the war, it (also) reflects the current situation perfectly, thanks to the ingenuity and sensitivity of the creators.

The postmodern performance, Prometheus'22, conceived and staged at the Hungarian Theatre of Cluj by director Tompa Gábor, addresses extreme-contemporary hard truths: the medicalization of torture, the global catastrophes produced by hunger, poverty, misery, plagues, the atrocities of wars, the militarization of everyday life, the voyeurism of the media, the official theatricalization of the master-servant repetition (projected on all possible levels).

Prometheus'22 wants to be a meditation of the condition of the intellectual in the 21st century. In the digitalized and powerfully manipulated news network and social media truth became over-relativized and even fact-checks can end up being considered as fake news. In an extremely ideologized and divided world, where dialogue became almost impossible and debates are reduced to extreme reactions, hate speech became a daily routine, often fueled by governments which support extreme political ideas. In these conditions the role of the intellectuals – scientists, doctors, artists – becomes more difficult but also more responsible, that of observing the world with an objective eye and share their knowledge to the people even with the risk of being persecuted in the same way as Prometheus has been in the mythological time.

The performance tries to approach to the myth of Prometheus from a more ironic perspective exploring its significance in the context of our contemporary world. 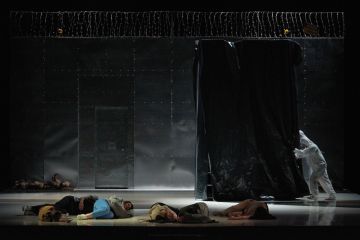 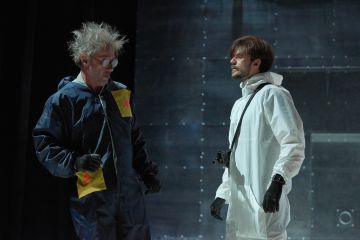 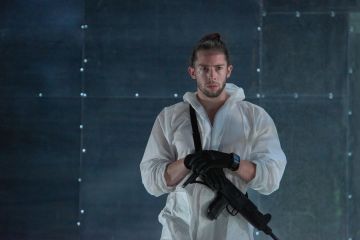 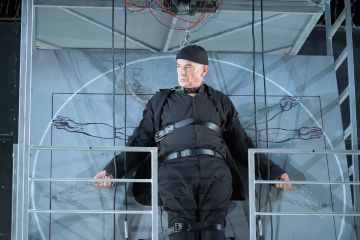 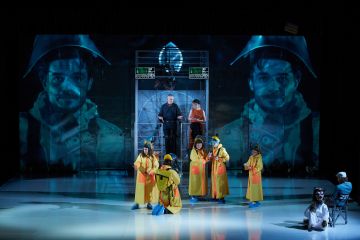 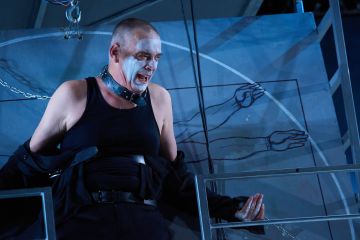 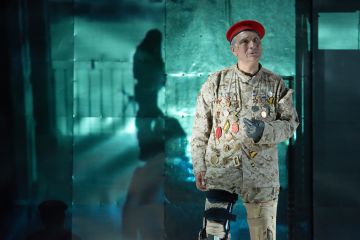 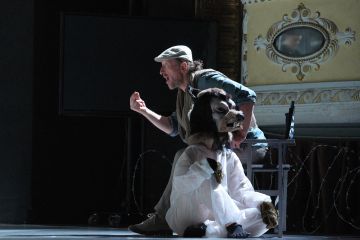 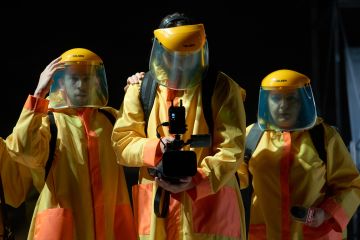 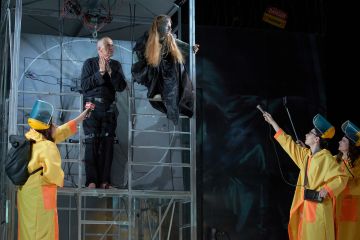 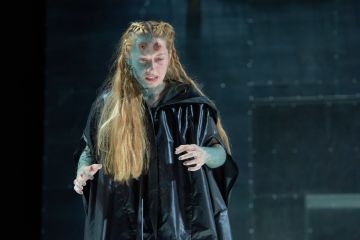 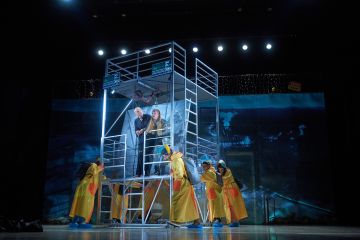 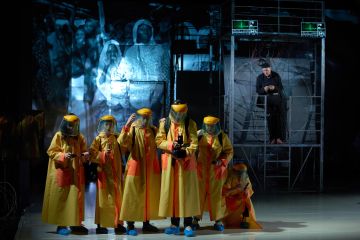 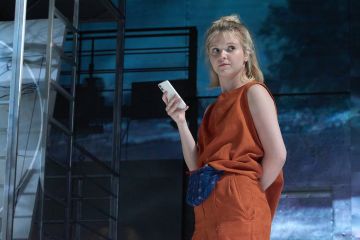 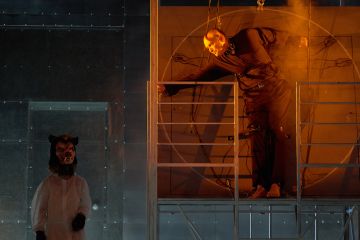 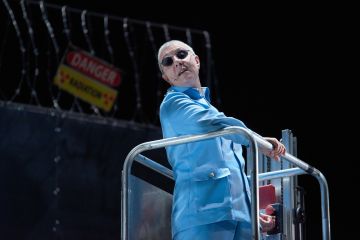 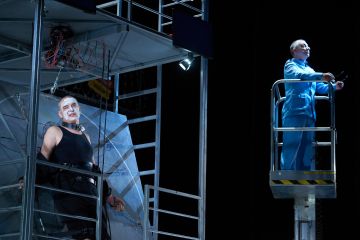 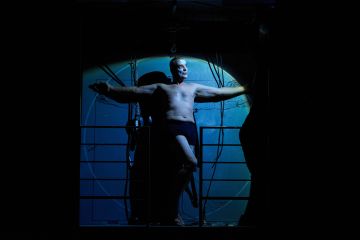 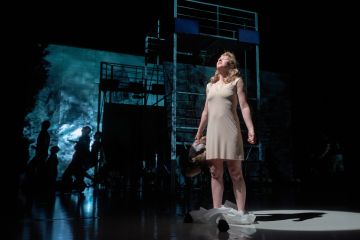 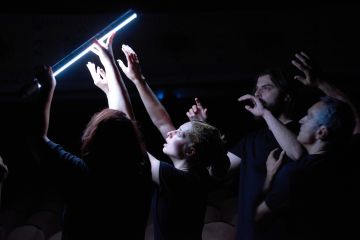