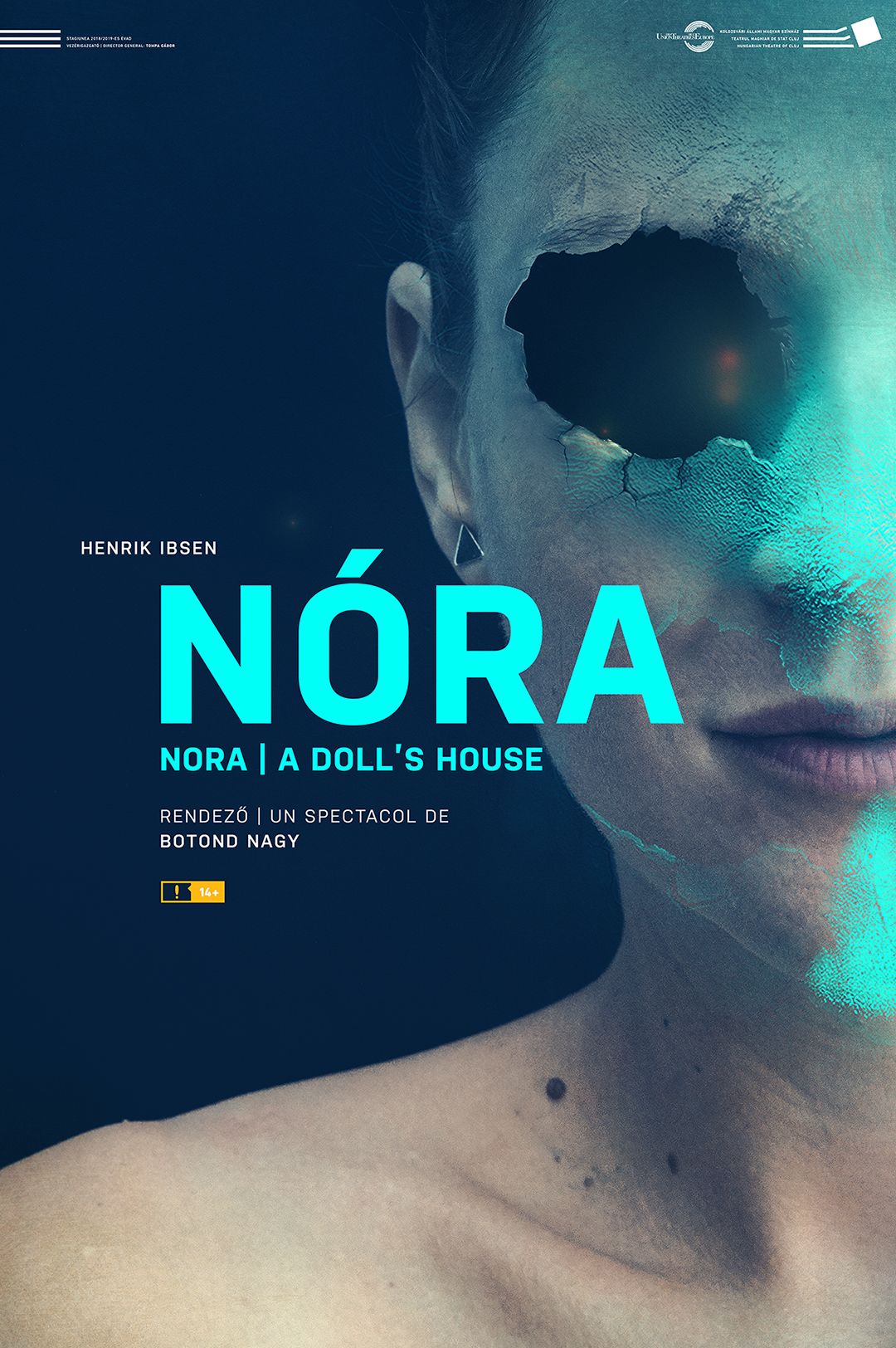 1h 30' without intermission
Torvald Helmer
Balázs Bodolai
Nora
Anikó Pethő
Mrs. Linde
Csilla Albert
Krogstad
Lóránd Váta
Dr. Rank
Gábor Viola
Anne-Marie
Melinda Kántor
Kiddo
Zsuzsa Tőtszegi
John the Courier
János Platz
directed by
Botond Nagy text adaptation
Ágnes Kali, Botond Nagy visual design
András Rancz set design
Carmencita Brojboiu , András Rancz costume design
Carmencita Brojboiu dramaturg
Ágnes Kali music and sound design
Bence Kónya-Ütő choreography
Kinga Ötvös digital graphics
Szidónia Szederjesi director's assistant
Emőke Veres light design
Romeo Groza stage manager
Réka Zongor
A truly coherent, contemporary and fascinating approach of the theme comes to life - as an entire world in itself - within the Cluj performance, so much so that the viewer gets completely immersed in that world, feeling its great emotional impact. In the studio room the stage area separated by a projection fabric, the impulses, pain, struggle, disappointment wash over the viewers with such might that it touches the audience on a visceral level. Such a result represents the essence of the theatre as such.
As the events unfold, as we get to know the background, the secret that lies behind the events, and all of its repercussions reaching the present tense of the performance, we are thoroughly immersed in the studio space filled indeed with very few tangible objects, the more we get involved in the reality of imaginative and engaging realm of visual elements.
Márta Bodó: Egy őrült, beteg világ [A Crazy, Sick World], romkat.ro, March 18, 2019
The production seeks to find out what spiritual and mental state does a woman need in order to leave an abusive marriage. Nóra is truly beautiful. She's an attractive woman who takes care of herself. She is stylish, has a cool hairstyle, is fit, and it’s obvious that her appearance is important to her. The perfect object of desire for those like Courier John. Beautiful and empty.
Bea Kovács: Nehéz szabadság. Nóra a kolozsvári színházbna [Freedom Is Hard. A Doll’s House at the Hungarian Theatre of Cluj], transindex.ro, March 20, 2019.

Botond Nagy is the kind of director who has a distinct, easily recognizable theatrical world. There is a mood and even specific technical marks, alongside an audiovisual medium, an attitude that is characteristic for his work. And visual designer András Rancz expands the visual framework of the stage in an amazing way with his projected set.
Here, the reality that our senses have “claimed” is dissolved, and this is necessary when the evidences of patriarchalism have to be eradicated. Because the greatest power is precisely this reality, in which socialization and ultimately our bodies enclose us. The stake taken on by the Hungarian Theatre of Cluj’s production of A Doll’s House is monumental: its deconstruction.
Botond Fischer: Felboncolni a valóságot [Dissecting Reality], helikon.ro, March 25, 2019

I was not mistaken in any way: the hypotheses remained valid, and with Proust's amendment in mind, A Doll’s House directed by Botond Nagy is a production that is full of well carried out surprises, a dramatic piece that is topical, brought into the present time, in which universality as such is amplified. Nora & co lost their traits as the proper bourgeois of the 19th century, and now they adopt the bon chic bon genre style, being the congenial hybrids in which cartoon heroes coexist with excentric characters from Lynch’s cinematic world. Sometimes, in the dollhouse, self-irony is declaimed and self-parody is practiced, approaches which anihilate the duller passages, turning them into short circuits of comical effects. Of course, we are quite aware that that if at least one of the protagonists possessed from the very beginning the self-distancing they mimic, the catastrophe might have been avoided, however, this over the top manifestation that is highlighted is the pure madness that so-called normalcy carries within. Each individual becomes an objectified subconscious that has silenced their convenience and all of the flaws gained through their societal integration.
Ana Ionesei: Nora – Jurnal de spectacol [A Doll’s House – Show diary], bookhub.ro, October 5, 2020
Date of the opening: march 16, 2019

Due to the use of powerful visual and audio effects, the performance is not recommended for pregnant women, people with epilepsy and those who have pacemakers.

Being in a coma is being in a vulnerable state. It’s inertia. It’s marking time. The opposite of freedom. Human beings are prone to imprisoning themselves in lies, imaginary realities, old traumas, repetitive abuses. They tend to yield to coma-like states and powerlessly hope for miracles. But for how long can we hold ourselves captive? For how long can we embellish our solitary confinement with lies? And what happens if we wake up from this state of unconsciousness? If we realize that the miracle we are waiting for is just a gaping black hole that dissolves in holograms and ultimately leaves us to fend for ourselves?

Nóra realizes that the doll house she inhabits is getting increasingly narrower. That behind the embellished walls lie the recurring catatonic nightmares which she must fight if she wants to become a human being. If she wants to be free. With freedom comes sacrifice.

Awakening is a painful process, a swirling hypnosis. A tarantella. A fight, where cruelty finds you without accoutrements. Agamemnon sacrifices Iphigenia in order to win the war. And Nóra sacrifices her present in order to win her own wars. Nowadays, women spend several years in prison because they stand up for their rights. Nóra has done her time and can now leave her dollhouse. 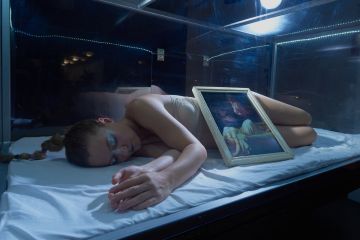 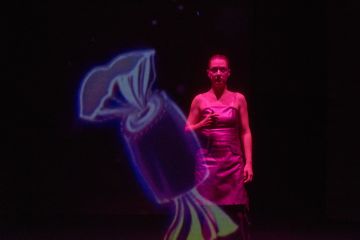 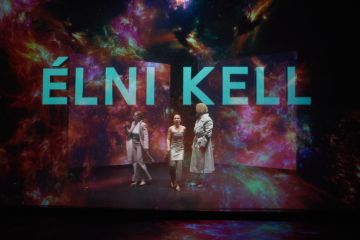 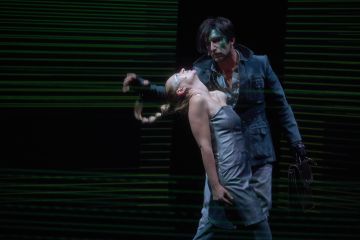 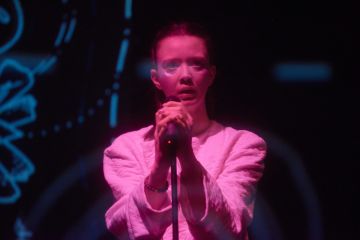 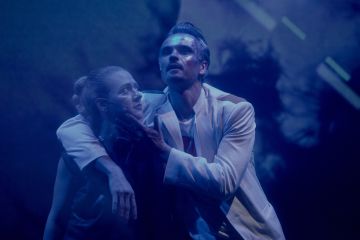 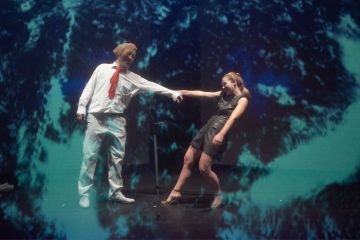 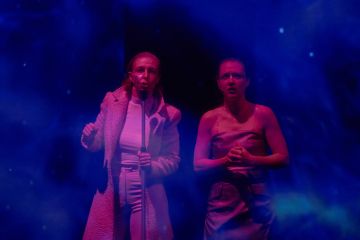 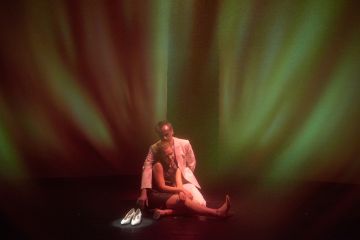 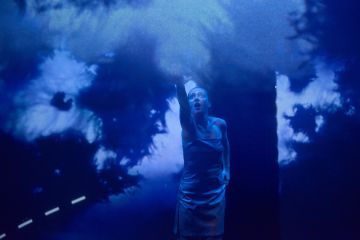 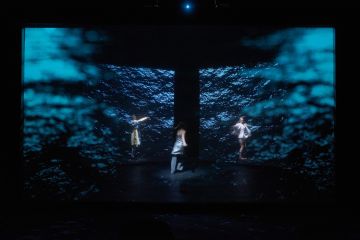 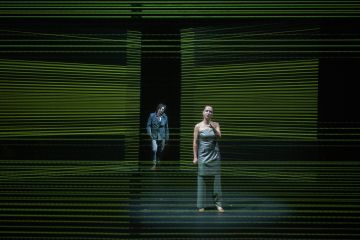 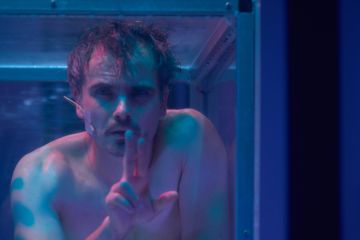 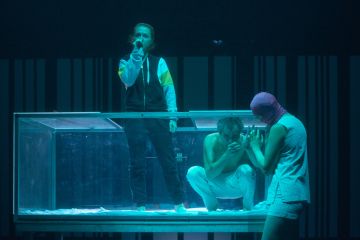