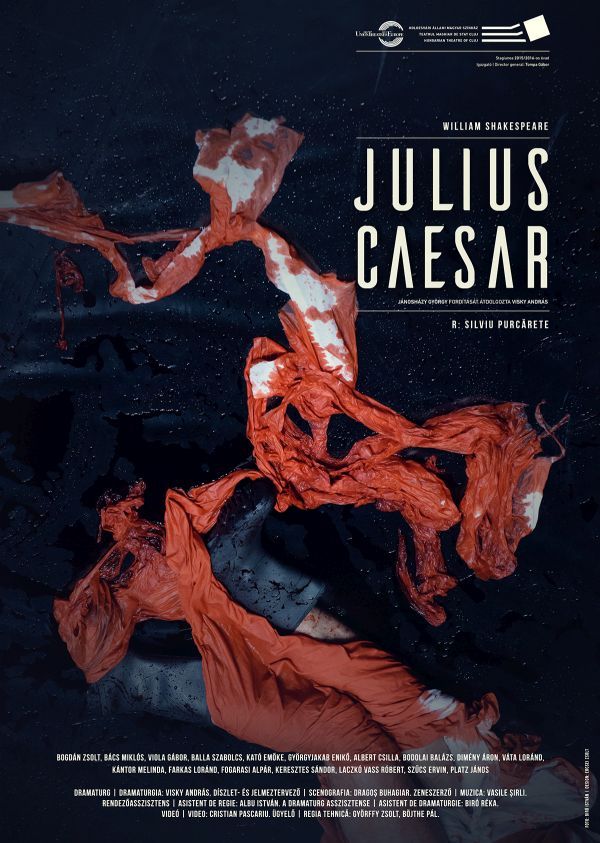 2h with intermission
Julius Caesar
Zsolt Bogdán
Marcus Antonius
Miklós Bács
Marcus Brutus
Gábor Viola
Cassius
Szabolcs Balla
Calpurnia
Emőke Kató
Portia
Enikő Györgyjakab
Soothsayer
Csilla Albert
Servant / Octavius
Balázs Bodolai
Decius / Messala
Áron Dimény
Casca
Lóránd Váta
Lucius
Melinda Kántor
Trebonius
Loránd Farkas
Metellus
Alpár Fogarasi
Ligarius / Cicero / The Poet
Sándor Keresztes
Publius / Cinna, the poet
Róbert Laczkó Vass
Cinna
Ervin Szűcs
Lepidus
János Platz
directed by
Silviu Purcărete dramaturg
András Visky set and costume design
Dragoș Buhagiar music composed by
Vasile Șirli director's assistant
István Albu dramaturg's assistant
Réka Biró video images
Cristian Pascariu correpetition
Zoltán Horváth stage manager
Pál Böjthe, Zsolt Györffy
If there ever is an example that illustrates how useful the theater is for society and how good it is for a society to appreciate the art form as such, then it is surely the Hungarian Theatre of Cluj’s production of the Shakespearean tragedy Julius Caesar.
Silviu Purcărete offers a very cinematic vision of the well-known tragedy, using overlapping planes and an interpretative dimension that is difficult to escape by the spectator.
The outstanding artistic and technical value of the performance produced by the theatre company based in Cluj had a big impact on its viewers at its premiere last Friday, the first of two performances scheduled at the AUREA space within the Almagro International Classical Theatre Festival.
Expectations have been fulfilled, and the 17 actors of production have had four courtain calls, on the same stage shortly prior to the applause was the venue of the most substantial history of man, which synthesizes all its struggles, suffering, glory and vanity. (...)
This staging of Julius Caesar was very different from all the others that were presented at Almagro, bolder and with a greater creative range, with a universal approach of a very topical subject, splitting with heartrending force in great detail the sinister feelings that are nourished by human envy.

Julia Yébenes: La compañía rumana triunfa estos días en el ciclo almagreño / Festival de Almagro [The Great Success of The Excellent Julius Caesar Presented by the Company of the Hungarian Theatre of Cluj, Romania], Lanza - Diario de La Mancha, July 29, 2017
A vigorous, chiseled staging, laced with a violently poetic aspect. Romanian director Silviu Purcărete, acclaimed throughout Europe after presenting his Ubu Rex spliced with scenes from Macbeth at Avignon in 1995, has appeared for the first time at the Almagro Festival with an unforgettable and flawless Julius Caesar, portrayed by a formidable group of actors of the Hungarian Theater of Cluj, financed by the Romanian state.
From the thunderous eruption of the Herculean tribune in the middle of the room, which caused a general surprised uproar, to the curtain's fall as a protective screen in front of the massacre that is being carried out, the performance leaps from one surprise to the next: with even those decisions that may seem less fortunate in the moment gaining their meaning after a few minutes.

Javier Vallejo: La última cena con Bruto [The Last Supper with Brutus], El País, July 30, 2017
During the performance Purcărete “lets slip all the dogs of war”. After a long, tense wait and prelude, the view after the iron curtain goes up is a tableau-like composition that flows organically and leisurely. (...) A kind of obscure ritual unfolds before our eyes, familiar to us from our gloomy dreams. The simultaneous presence of the cast on the stage, the shifting focus of the scenes, the primordial alchemy of the white, black and red colours, all divert our attention from the faces, from the actors’ performance, and sometimes even from the meaning and lucidity of the text. Sound, a poetry slightly solemn and rising above everydayness, is more important.
Yvette Jankó Szép: Caesar, a jós és az übermarionett [Casear, the Oracle and the Übermarionette], Játéktér, January 25, 2016
According to the majority of commentators, Julius Caesar is the most political play ever written by William Shakespeare, marking the playwright’s transition from national [English] historical chronicles to Roman tragedy. Designed around the theme of power and its destruction and reflecting on the means used by those who desire to annihilate a certain form of power, a dictatorship, the Shakespearian text raises many questions. Do the conspirators resort to political crime for the good of the country, their fellow citizens, and the community, because only assassination will allow them to find and follow the road towards salvation, towards the deliverance of the State, and towards democracy? Or is the play about murderers who resort to the extreme solution simply because they wish to replace a defunct dictatorship with their own good pleasure? Are the conspirators genuine saviours or merely petty traitors? Is the supreme gesture of crime, the ejection of Julius Caesar from the political scene and life, sufficient for peace, calm, social order and the values of democracy to triumph? Or does the murdered tyrant’s ghost continue to haunt everywhere?
Mircea Morariu: O lume în deconstrucţie [A World in Deconstruction], adevarul.ro, January 4, 2016
The study undertaken by Silviu Purcărete on the Shakespearian text aims at highlighting some components of social criticism with references ranging from early to recent history, even if the debate takes place in a Roman toga. The overthrow of the tyrant Caesar (who claimed divinity) did not mean the end of the crisis, the reign of envisioned happiness, or harmony. On the contrary, chaos, civil war, destruction is founded. How many times have such events repeated within the civil societies of the world? The movements on the chessboard are the same, only the pieces differ. The need for change in an outraged society is translated in the play into streams of fresh water trickling from above, flowing smoothly, pouring over the poor senators and servants, (chess) pieces handled by a merciless fate. If in his Gulliver's Travels, an imaginative fairy-fantasy, Purcărete brought a real horse on stage, in Julius Caesar he introduces a real dog among the senators, for its symbolism. It's Caesar's dog, it represents his life menaced by the plotters. It is the live vein which sneaks among the sallow souls. The premonition does not tarry. The dog is killed and Caesar is advised not to go to the senate on that fateful day. But history follows its course and Brutus triumphs.
Adrian Ţion: Câinele are rolul său - Julius Caesar [The dog has its own role - Julius Caesar], Liternet.ro, December, 2015
This is a contemporary performance staged in a Shakespearean spirit. A play about power and plebians, which fills the entire space, full of numerous decipherable symbols, with thought-provoking visual codes, which cannot always be easily decoded by today's plebian audience. However, it is as if Purcărete did not want to include the audience into the performance, for he seems to have appealed rather to the outside observer, to the contemplative viewer's attention. (…) Rain, fog, thunderstorms, lightning, sfumato and blood. These are the buzzwords of the show, which is not unlike a big puzzle, made up of small independent pieces. The many visual and sound effects (music by Vasile Sirli), as well as the peculiar presence of a dog often mask the story, but then again the performance seems not to be really about Julius Caesar and his contemporaries. Rather, it would focus on the following question: would be in fact enough to forcibly take away a dictator's power by way of a coup in order to better the fate of a country? And who are the actors or elements that determine whether a country will prosper or will be torn apart by civil wars after the removal of dictatorship? And indeed how many more times do we need to meet at Philippi? And how many places like Philippi are on the planet today?
Emília Pacsika: Philippi és annak szelleme [Philippi and its spirit], Erdélyi Napló, January 9, 2016
Date of the opening: October 09, 2015
Date of the opening: 9 October 2015

Duration: 2 hours with one intermission
Julius Caesar is perhaps Shakespeare’s toughest political drama, and it is amazing not only because of its perfect insight, but because of its surprising timeliness. The conspiracy of the Republican party organized by Brutus and his company for the public good does not establish order, but induces civil war and decay in Rome. Are we on the same road, a road beginning with the Arab Spring that will end with world chaos?

“For many strange prodigies and apparitions are said to have been observed shortly before the event. As to the lights in the heavens, the noises heard in the night, and the wild birds which perched in the forum, these are not perhaps worth taking notice of in so great a case as this. Strabo, the philosopher, tells us that a number of men were seen, looking as if they were heated through with fire, contending with each other; that a quantity of flame issued from the hand of a soldier’s servant, so that they who saw it thought he must be burnt, but that after all he had no hurt. As Cæsar was sacrificing, the victim’s heart was missing, a very bad omen, because no living creature can subsist without a heart. One finds it also related by many, that a soothsayer bade him prepare for some great danger on the ides of March. When the day was come, Cæsar, as he went to the senate, met this soothsayer, and said to him by way of raillery, ‘The ides of March are come’; who answered him calmly, ‘Yes, they are come, but they are not past.’” 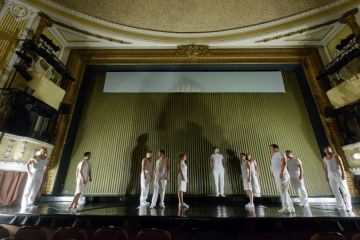 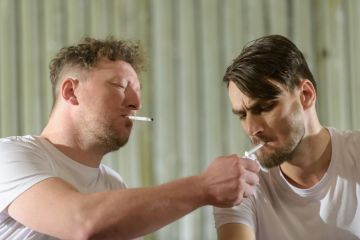 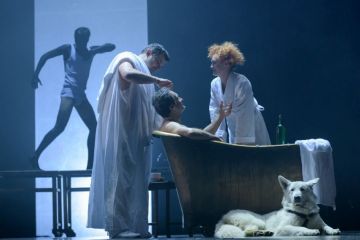 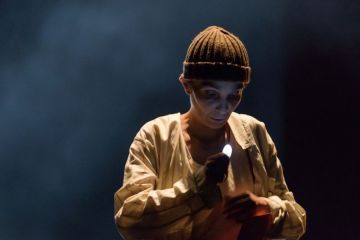 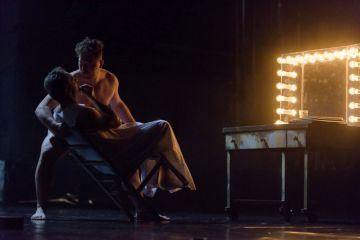 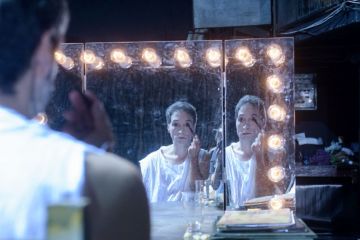 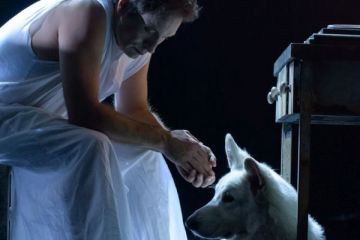 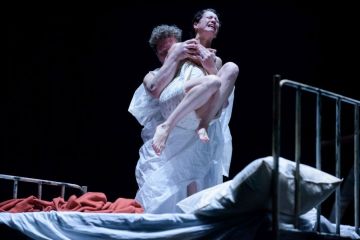 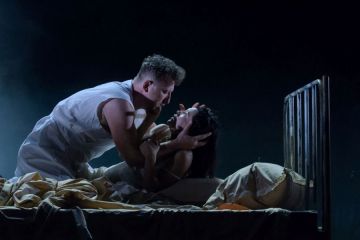 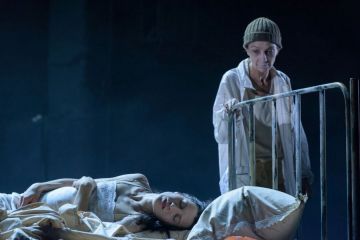 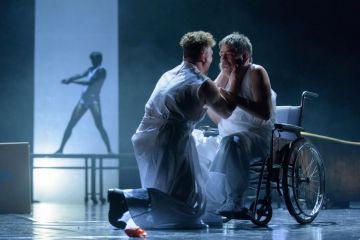 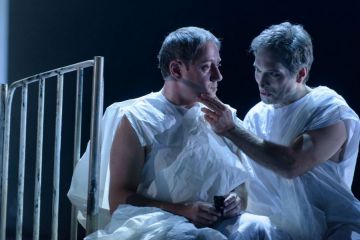 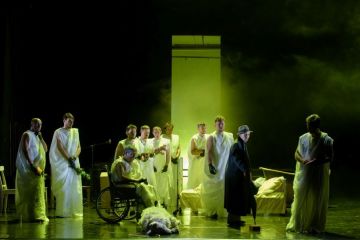 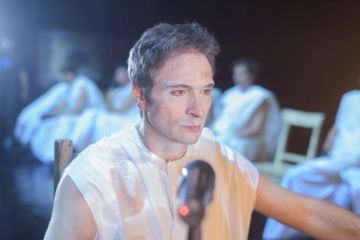 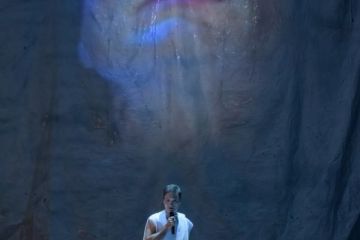 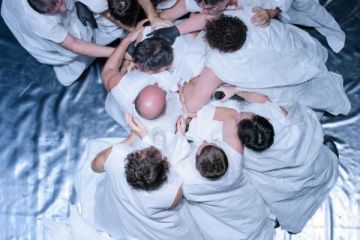 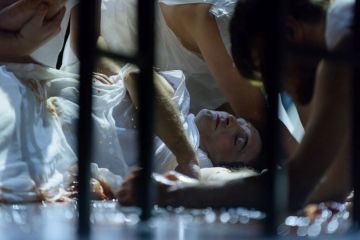 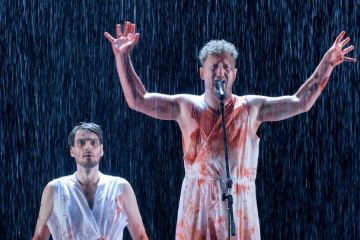 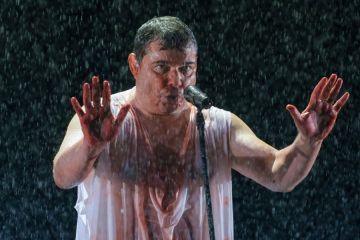 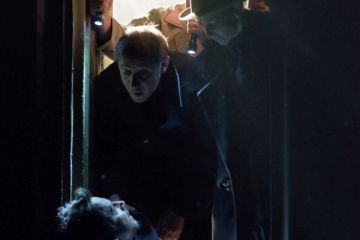 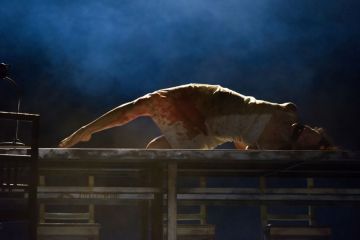 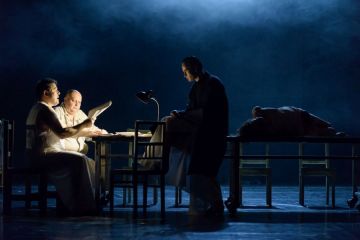 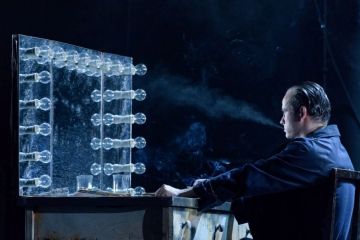 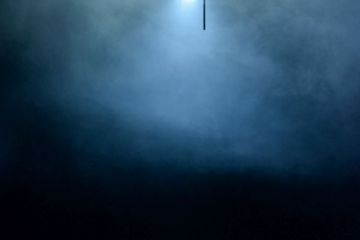 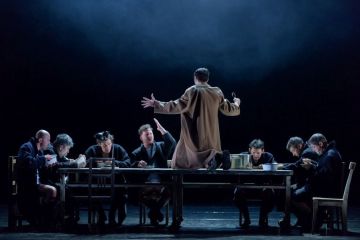 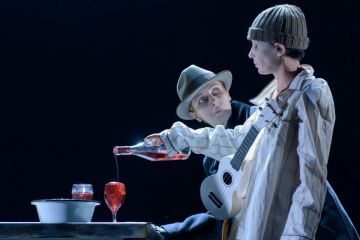 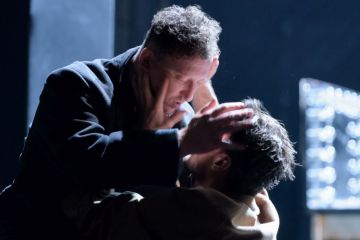 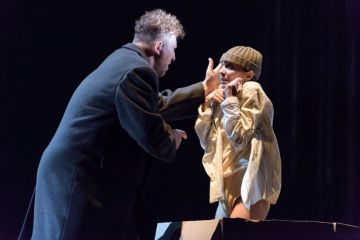 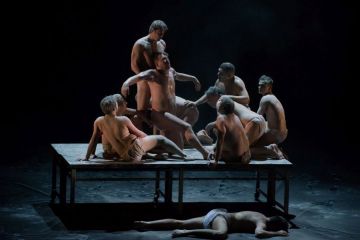