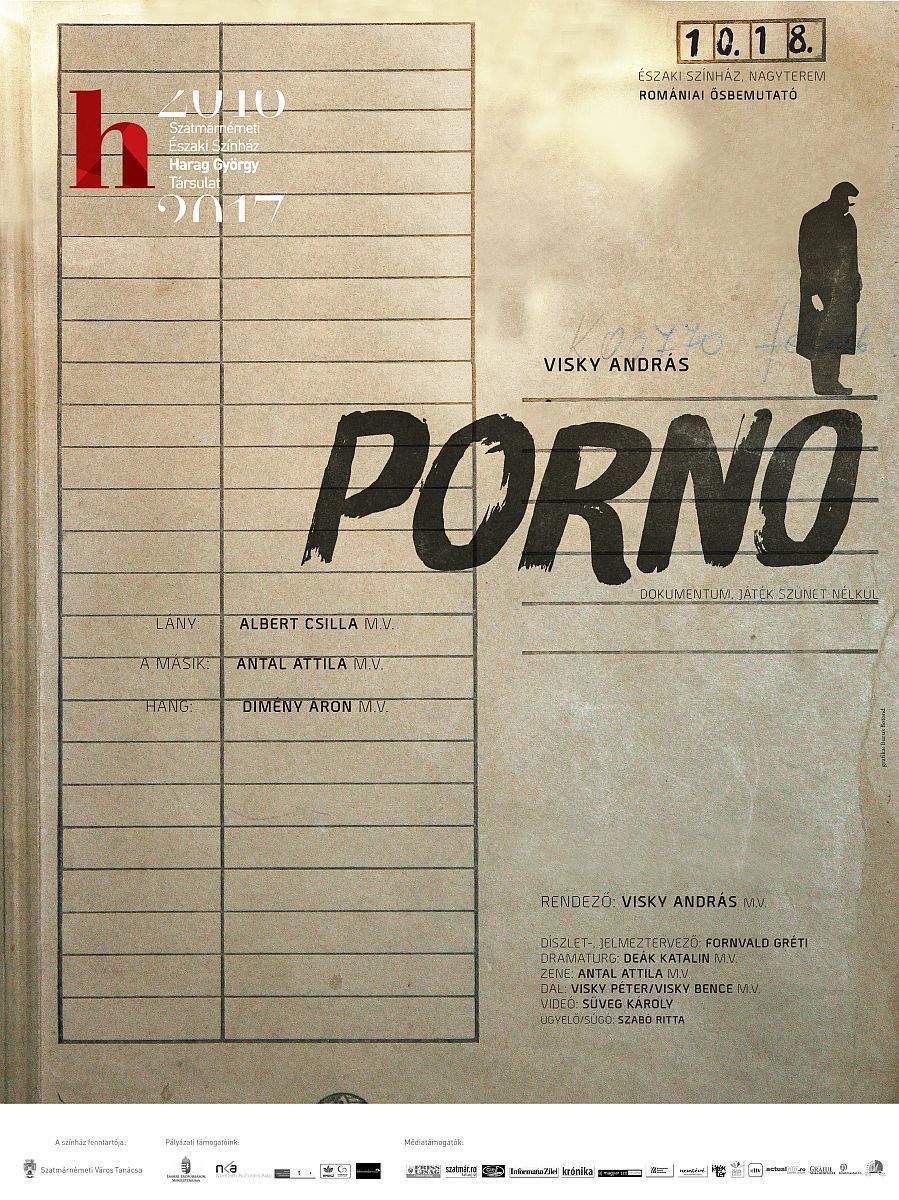 The girl
Csilla Albert
The Other
Attila Antal
The voice
Áron Dimény
directed by
András Visky set and costume design
Gréti Fornvald dramaturg
Katalin Deák original music by
Attila Antal video images
Károly Süveg stage manager
Ritta Szabó
Date of the opening: April 12, 2017
For twenty years I carried with me a truly personal story, one that I believed to me unutterable, until, one day, a request was made by The National Theatre of Budapest, and I decided I will no longer put it off, whatever may come.

In 1989, we were living in Satu Mare and we were waiting for our third child to be born. The due date was very close when it decided, however, not to come into this world. It died inside its mother’s body. It gave up before its birth, not unlike Becket’s self, who was holding monologues in its mother’s womb, wanting not to be born, ending up being stillborn on April 13, on Good Friday. Our baby would have be born on Christmas, arriving alongside the Revolution, however, our Christmas that year ended up becoming not a celebration of birth, but the mourning of our stillborn baby. Its heart stopped beating, it never moved again, it has come to the end of a life it did not even live - who can even understand such a thing?