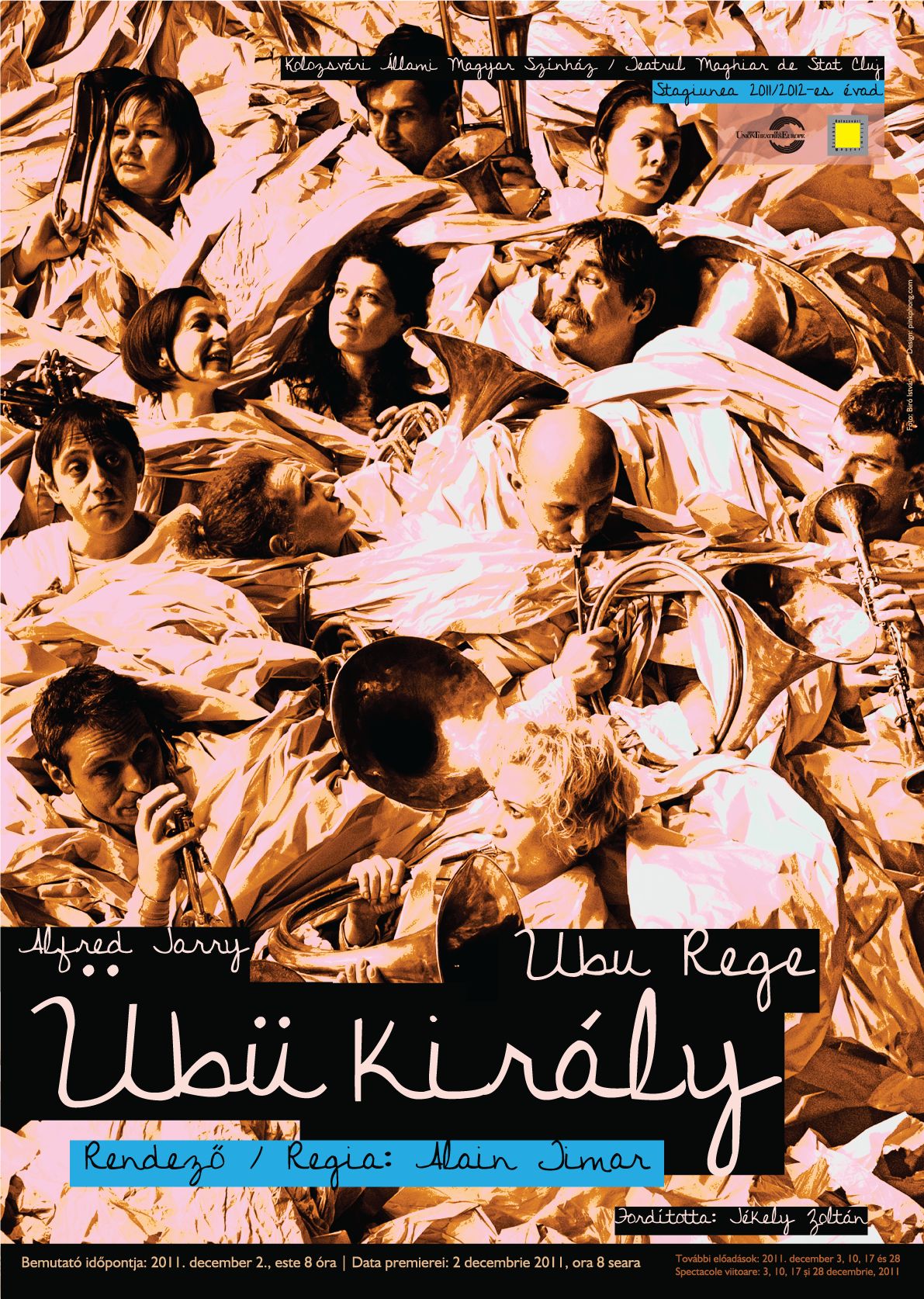 At first, Ubu the King was regarded almost as a prank by joking high-school students, but Alfred Jarry, with his discipline and style, made a monstrous and legendary work. The play has several merits, including its reputation: who has not heard of the Ubu couple? Their ridiculous and notorious story has passed into posterity, while in everyday French language, comically cruel and cowardly people are called ubuesque.
Among the two dozen people on stage, we find citizens, farmers, noblemen, courtiers, and no less than two armies, a bear and a ghost! Also there is a richness of thought and a freedom of tone in both the substance and form. The continuous reinterpretation of boundaries, the quick crossing of the rational, are sure signs that we are dealing with a true surrealist talent.
What a pleasure to work on a text that has such an air of rebellion and extreme insubordination!
Ubu the King, of course, denounces political systems that engender madness and absurdity in the struggle for power. It ridicules those all-powerful dictators or ambitious despots who would make unbelievable compromises in order to reach their own ends. The work goes even further, casting a sharp but lucid look at human behaviour, all within the framework of a bursting, impertinent and liberating laughter. The curses of Papa Ubu (merdre and cornegidouille) resonate around the globe, launching a challenge on arrogant and triumphant stupidity, unscrupulous greed, and irresoluteness, the cowardice of your poor brothers in death, as Albert Cohen put it.
So, let us laugh at the weakness of humanity but let us also look deeply in the mirror: there is something of Papa Ubu and Mama Ubu in us, too, something of best and worst, light and shadow, strength and weakness, servant and master, masculinity and femininity, hero and traitor, saint and criminal... These characters bear a resemblance to us: so, let us laugh wholeheartedly... first of all, at ourselves, shaking with laughter.
It is in this context of derision, self-mockery and joyous ferocity that the actors take on their characters (with an s), for here, the clothes make the man, that is to say, the costume makes the character come alive. All of a sudden, any actor may find himself in the role of good or evil. He may be a winner or a loser, according to the mood of the story. This demonstrates how a physical exertion, a vital energy, a kind of organic voraciousness must dictate the rhythm of the spectacle! I use the word spectacle deliberately here, because it contains the spirit of inventiveness and creative madness into which I want to dive, even breaking (enthusiastically) theatrical conventions.
See our actors stepping onto the stage... the Ubu Kings sweep away everything: they joyfully destroy and angrily denounce, all but to better re-enchant the world. They have rediscovered a childhood simplicity, insolence, and power of wonder, as did Miró and Picasso towards the end of their lives.
I think also of Paul Klee and Jean Rouch. The first because of his sculptures: naïve, small figurines made with colorful pieces of wood, bits of twine and rags, a source of inspiration for fine art. The second as an ethnographer and filmmaker, but also as someone who dealt with the performances of comedians. His fascinating documentary film shot in Ghana, The Mad Masters (1954), that gives an account of the Haouka cult. Participants threw themselves completely into these possession-dances, emanating aggression. Our Ubu Kings need to carry within themselves this ritual atonement, the duty of atonement for the miseries of the world, the cruelties of humankind, that is to say, they need to be a mirror for our civilization. Surely, western theatrical culture has a lot to learn from the ancient, animist rituals preserved in the African continent.
In conclusion and in response to the rational logic of Descartes and his famous I think, therefore I am, this Ubu the King could be placed under the sign of kabbalistic thought as follows: I read, I interpret, I criticize, I oppose, I listen, I write, I question, I answer, I quote, I laugh, I tell, I name, I discuss, I call, I pray, I learn, I teach, I live... therefore I am.
(Alain Timar) 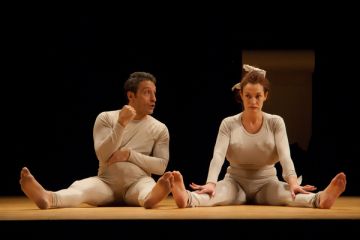 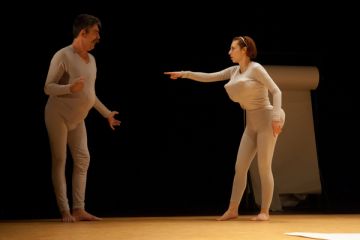 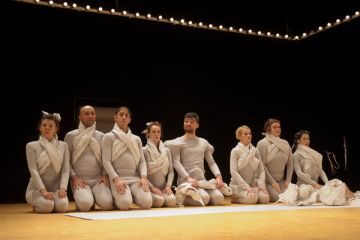 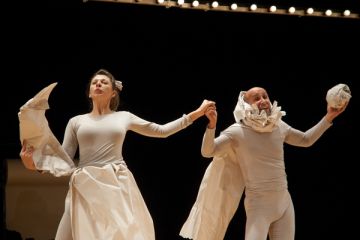 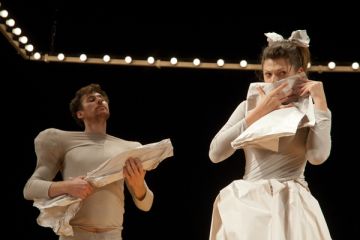 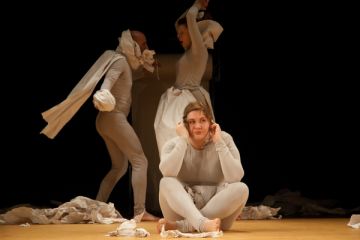 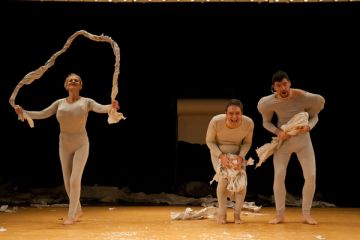 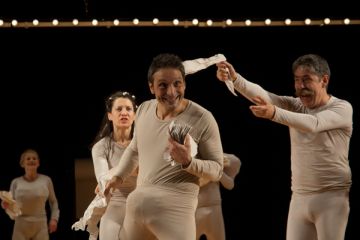 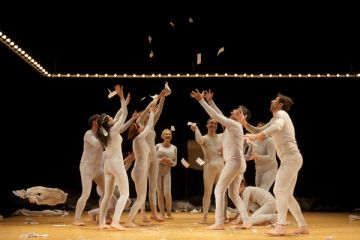 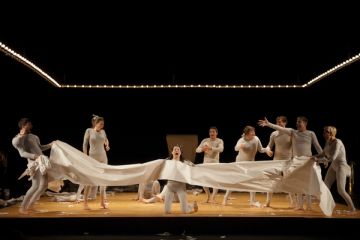 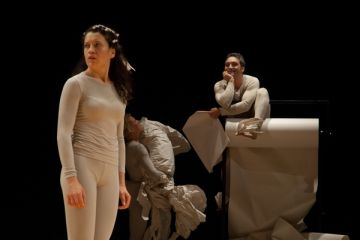 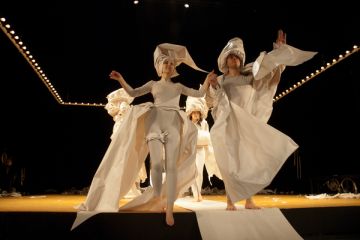 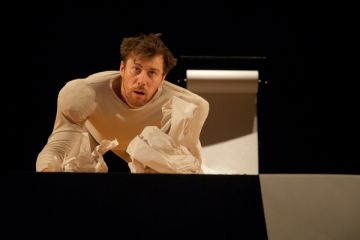 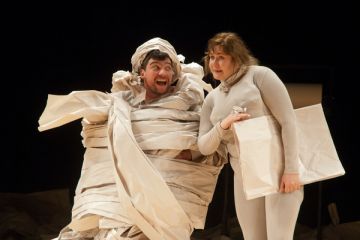 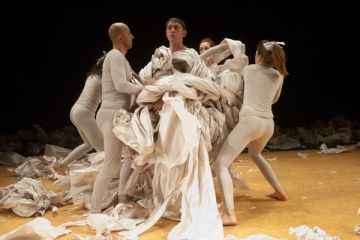 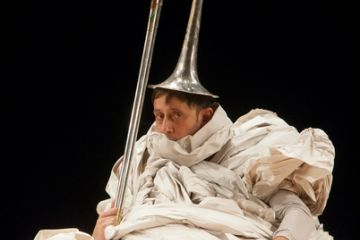 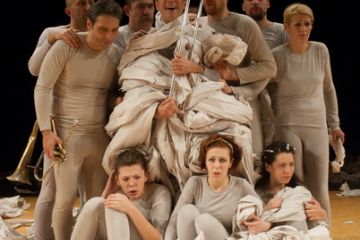 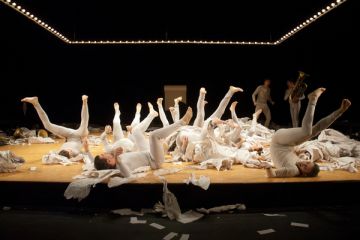 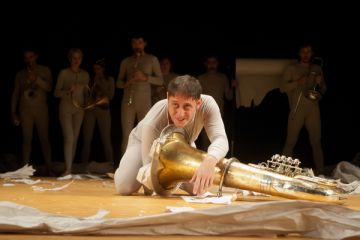