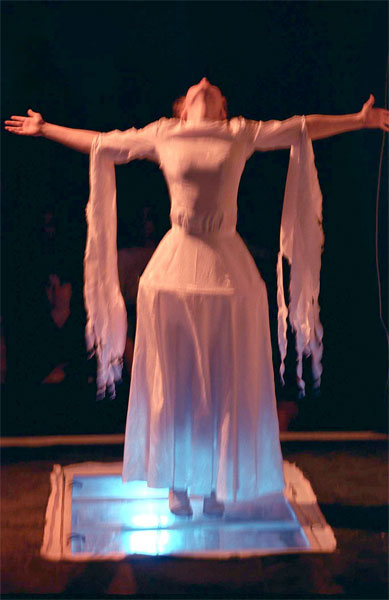 The word dybbuk is the hebrew word for "clinging" (ledavek) or "sticking". According to Hebrew belief, the dybbuk is a restless soul or bad spirit who moves into the body of a living being, and battles with its soul untill the possessed drifts into dementia.
Ansky's take place in 19th century eastern Europe. The play is the tragic  story of two lovers, Chanan, a young man absorbed by his studies and by Kabbala, and Leah, the girl chosen to be his wife. When the girl's father breaks his word and marries the girl to another man, Chanan dies. His soul is restless, and moves into Leah's body in order that he and Leah can still be together. Rabbi Asriel tries to exorcise the dybbuk from the anguished Leah, so that the girl can be married to the second man. Leah has to choose between the mundane marriage of duty, and the other-world bond with her dead lover's soul.
Opening date: May 17, 2002.
Running time: 2 hours. 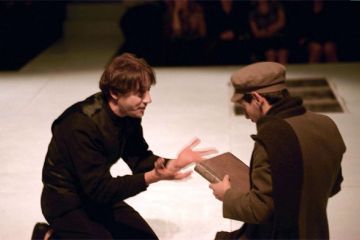 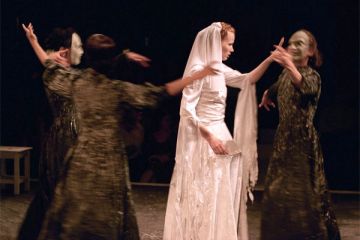 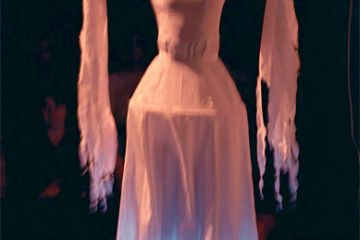 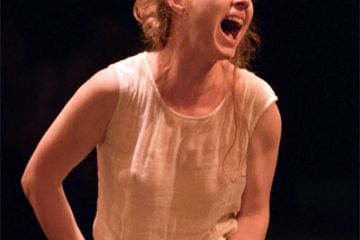