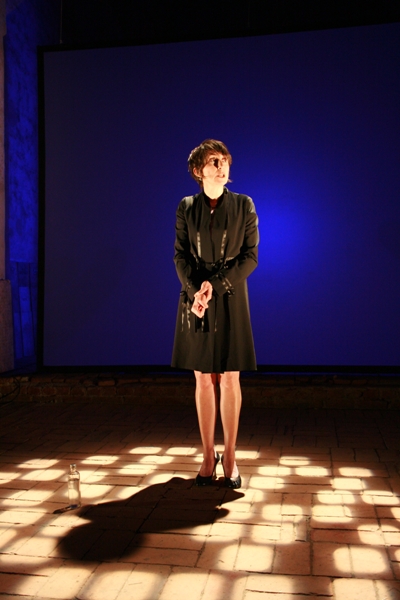 text
Wallace Shawn text adaptation
Simona Maïcanescu cast
Simona Maïcanescu lights
Jean Poisson costume design
Chatoon sound
Sophie Buisson artistic collaborator
Nelly Bonnafous, Anne Seiller directed by
Nelly Bonnafous, Anne Seiller
Date of the opening: december 04, 2010
I’ve decided to direct Wallace Shawn’s Fever not only because it’s a beautiful, important, terrifying text – but because it’s an indispensable work describing life as it runs away from life. Our lives and those of others in the Western world. What we sacrifice and destroy for our creature comforts. Shawn isn’t telling us something we don’t already know, but he says it with a violent intellectual rigour. When I read Fever, something in me changed and I wanted to attach myself. I wanted to get down to a project that could change people – whether they want to or not.

Simona Măicănescu was born in Craiova, Romania and performed under the direction of Silviu Purcărete, Lucian Pintilie, Gábor Tompa and Andrei Şerban. Through her work in a French-Romanian production presented at the Avignon Festival, she was invited to perform in 1994 at Odeon Theatre in Paris. She moved to France to continue acting. From Noren’s play War and Moliere’s Tartuffe to TV series, movies or the international theater festivals she has continued performing in French as well as English. Fever is her first solo performance.


A wealthy woman from New York leaves her hometown and travels to one poor country after another; constantly haunted by the paradox that some people have everything while others have nothing at all. Not even enough to survive. Wallace Shawn wrote The Fever during the early 1990s, but his play is perhaps even more relevant today as the world has not changed a bit in this matter. It is a monologue in English by French actress Simona Măicănescu, who grew up in Romania during Communism.

Fever recognizes difficult and uncomfortable topics. You will get no clear answers, but the truths and humor of the play will not leave you unaffected and will still be on your mind whilst you are having your morning coffee the following day. 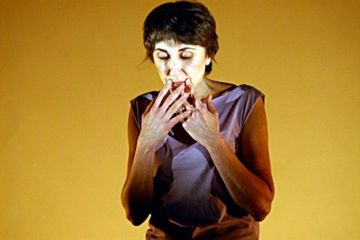