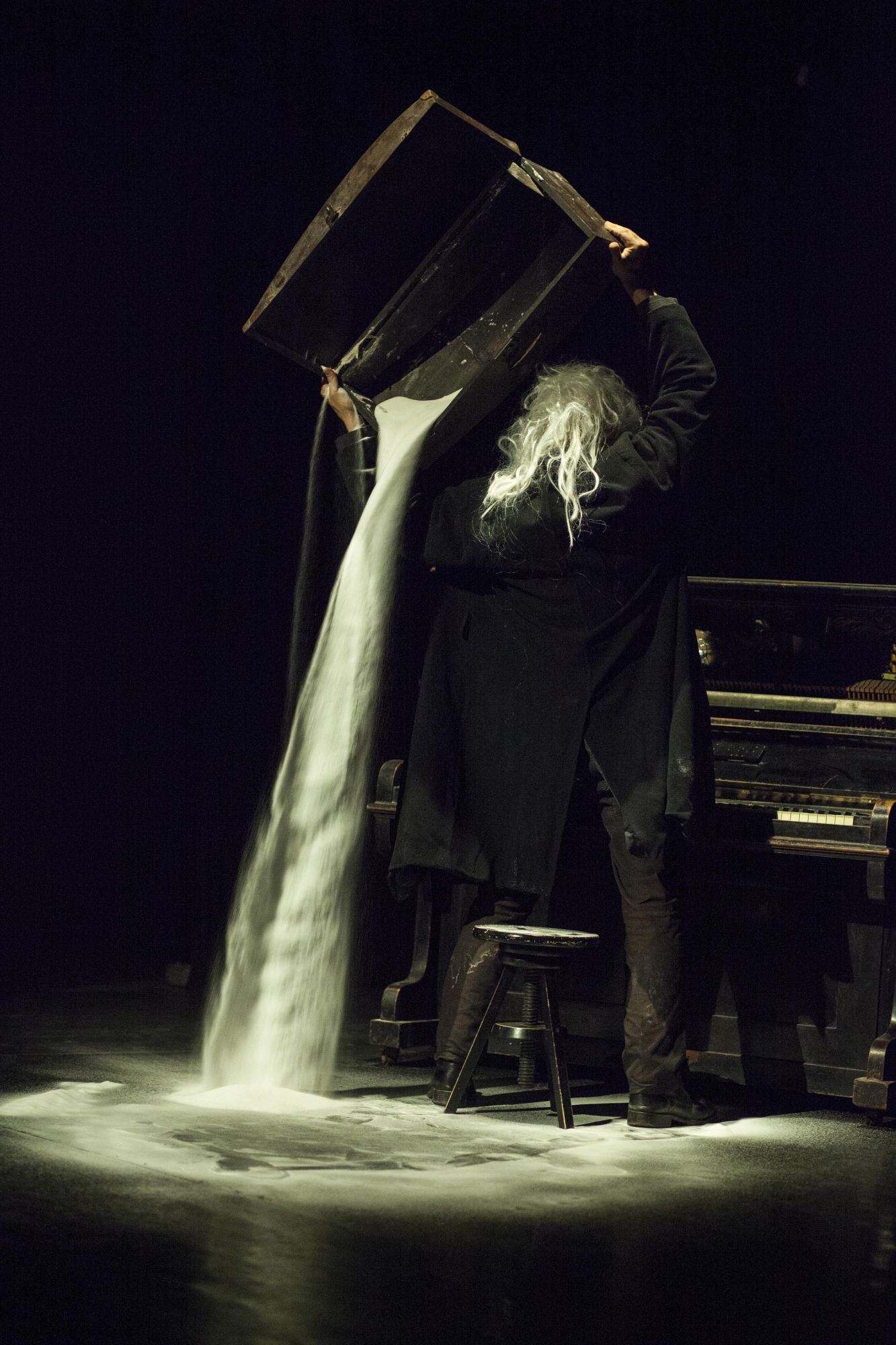 Date of the opening: november 29, 2014
This is the second time that József Nagy brings these poems into play. First, in 1992, he made the performance Les Echelles d'Orphée (Orpheus's Ladders) in France. That was the piece with which his collaboration with István Bicskei began. István Bicskei now for the second time embodies Wilhelm, the village idiot of Vrbas, giving voice to the poems and also to Nietzsche's philosophical fragments.
Josef Nadj deals for the second time with these poems. The first time was in 1992, when he presented Orpheus’ Ladders in France. He co-opted for this production István Bicskei, who is since a regular collaborator. István Bicskei embodies for the second time the figure of Wilhelm, the madman of the village Vrbas, but this time he is also saying poems, as well as some texts borrowed from Nietzsche. Josef Nadj represents Willy’s “purely philosophical” figure, just like the book of poems, by merging the triad of the Fool, the Artist and the Mirror.