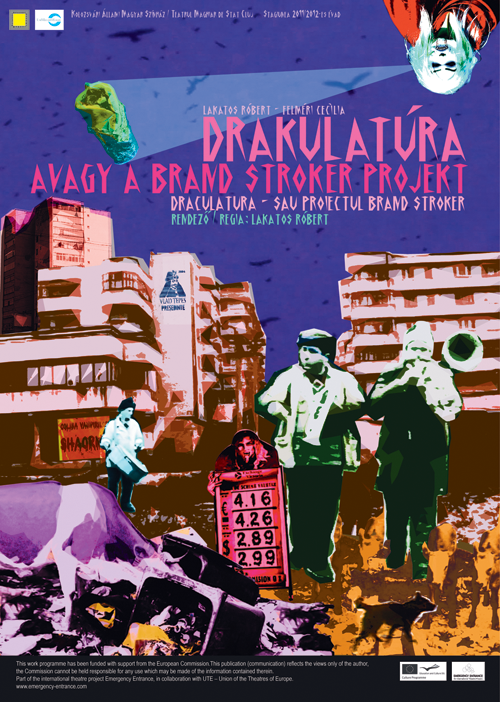 Draculatour or The Brand Stroker Project

...while the director of the house of culture was away, finding criminals who could serve as models for the impaled figures on the monument of Count Vlad, the Impaler, his wife, poor thing, grieved terribly over her husband's absence. In the midst of her deep brooding, a spirit (= evil = unclean one), bearing the likeness of her husband, started to make frequent calls to her house. In brief, her mother-in-law noticed that someone was visiting her regularly... Other wonders occurred, too, but we will hear about these in the performance.
A documentary-theatre performance (or a theatrical performance using documentary resources) in which, although the action is fictitious, the resemblance of some persons and events to real ones is no coincidence. 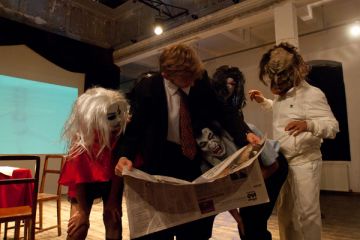 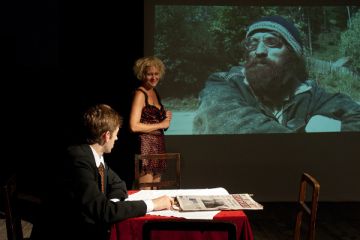 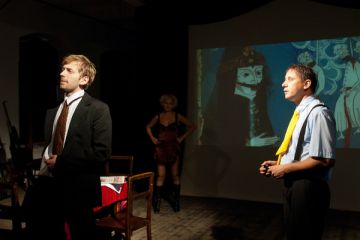 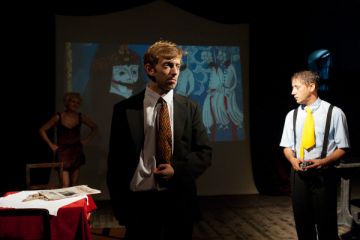 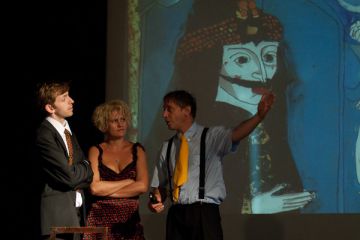 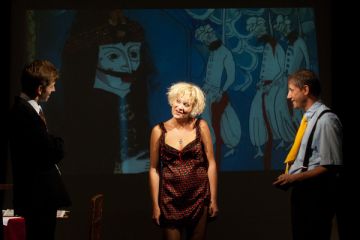 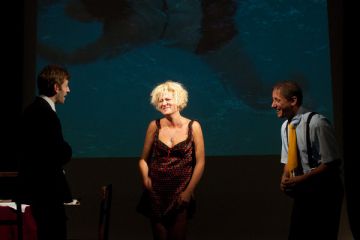 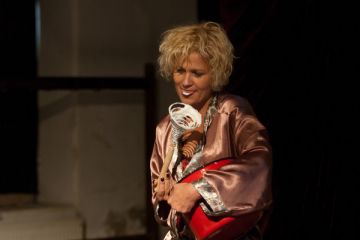 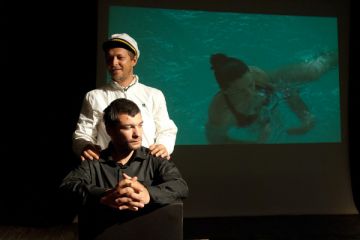 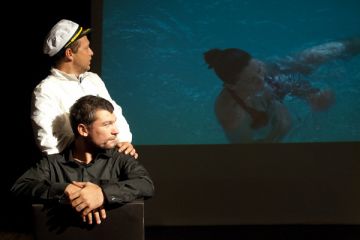 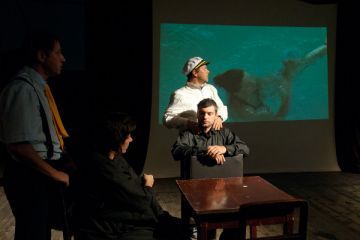 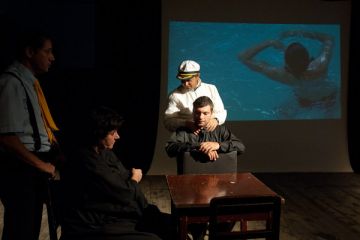 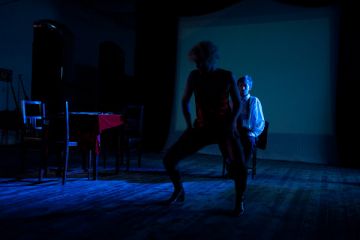 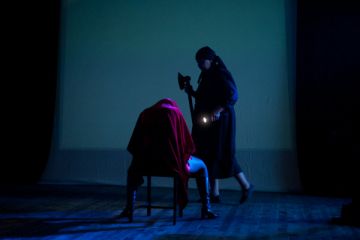 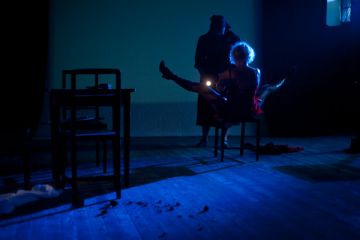 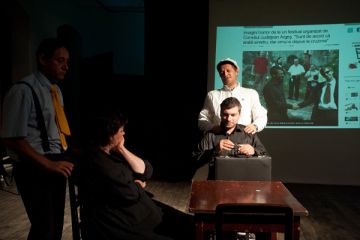 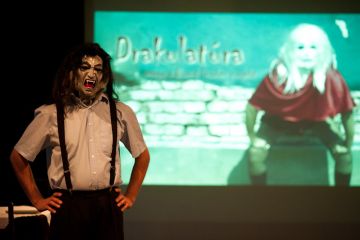 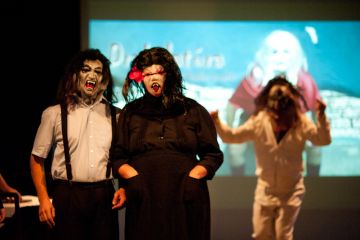 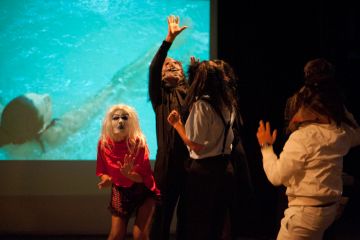 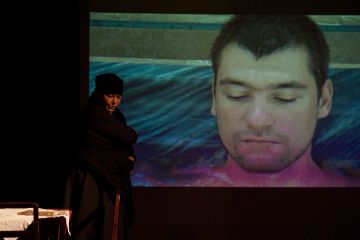 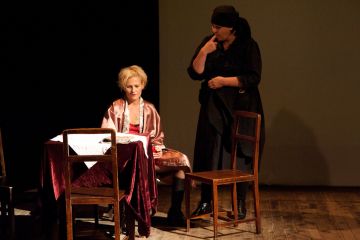 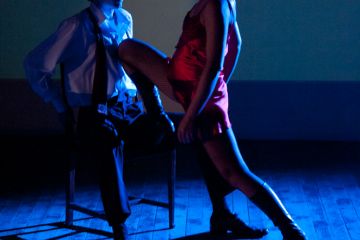 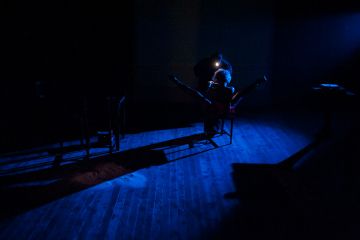 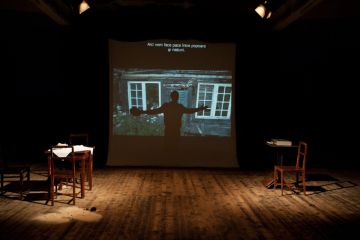 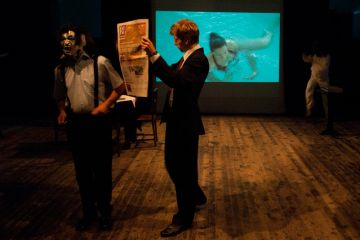 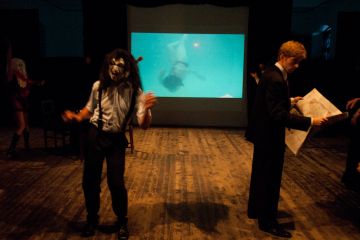 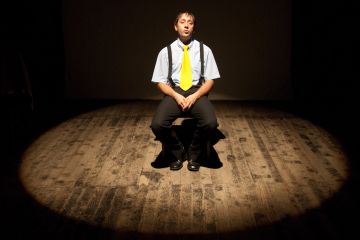 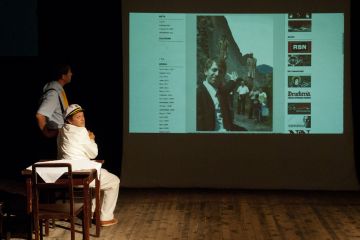 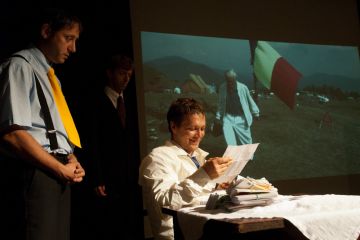