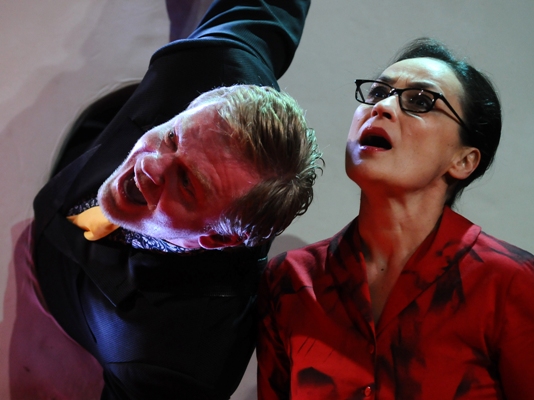 directed by
Valère Novarina dramaturg
Zsófia Rideg set design
Philippe Marioge costume design
Borbála Kiss music composed by
Christian Paccoud musical adatations
Cecília Szentai light design
Paul Beaureilles lighting
András Csillám choreography
Péter Gemza artistic collaborator
Adélaïde Pralon assistant
Csaba Jóvér stage manager
József Karl prompter
Zsuzsa Pethő
Date of the opening: december 11, 2010
Valère Novarina was born in 1947. After studying philosophy and philology in Paris, he wrote an essay about Antonin Artaud. He spent a whole year reading the Divine Comedy, and planned to write his PhD about Adolphe Appia, then later about Louis de Funes. Not having found a director for his plays, and encouraged by his students, he took a major step and has been directing his plays since 1986. The Drama of Life (Le drame de la vie) with its 2587 actors was presented at Festival d’Avignon, and this became the place where most of his future plays would be presented. He unites his work as a graphic artist and a painter on the stage in order to create an original and poetical work of art. His works are translated and his plays are performed all over Europe, as well as in the United States, Russia, and Latin-America.
”What is operetta?”
It is a diminutive word. A shortened version without any theatrical grease. A dense drama, free from human emotions. The operetta is born through sudden jumps, cuts, schemes and what is left after the erosion is the hard part: the splinters of rhythm, the crossings of forces, the structural skeleton, the touching human remains. (...) The music rises then falls: an operetta is turned upside down... 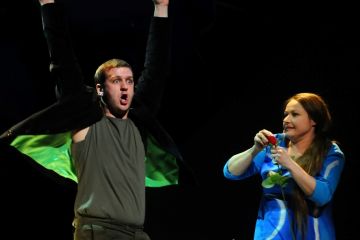 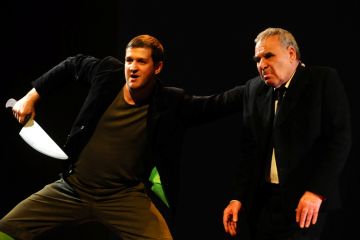 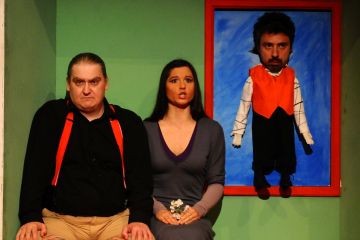 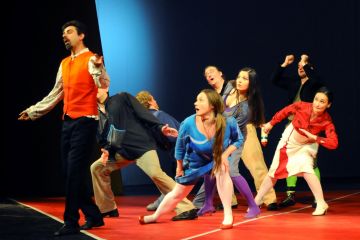 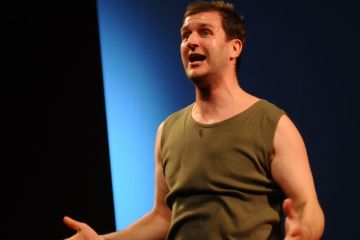 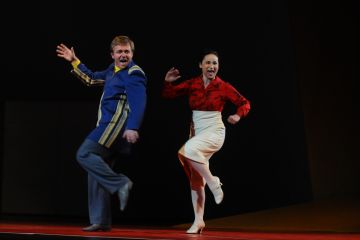