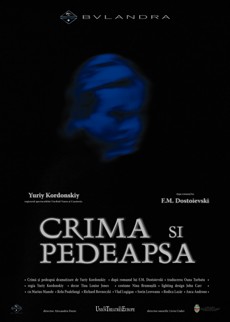 The first
Marius Manole / Relu Poalelungi
The second
Marius Manole / Relu Poalelungi
The third
Marius Manole / Relu Poalelungi
Porfiry
Marius Manole / Relu Poalelungi
Sonia
Rodica Lazăr / Anca Androne
Aliona
Anca Androne / Rodica Lazăr
adaptation, directed by
Yuriy Kordonskiy set design
Tina Louise Jones costume design
Nina Brumuşilă light design
John Carr stage manager
Mihaela Oance
Date of the opening: december 04, 2008
Kordonski is less interested in the psychological and the social aspect of the novel, than in the discovery of Dostoevsky’s surrealism and in showing its mystical side. Thus, Crime and Punishment is a performance about a man placed between God and the devil, about a man torn in three. “Raskol” means “to divide oneself”, “to dismember”, and the audience is invited on the scene, all around the space of the play, to assist in the tearing of a man who is searching for himself, for God and who, in the meantime, wants to discover his own truth. A white room which can be seen from three sides, with three doors, the walls of which are torn and cut to let the room – Raskolnikov’s conscience – be raked by the spectator’s regard. All is passing here, the characters enter his brain and we see the facts not as they were, but as they appear in this space where, on the floor, light beams are projecting a grating.”  Ana-Maria Nistor, Time Out, Bucharest 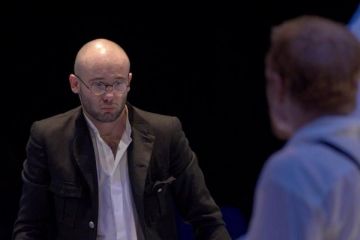 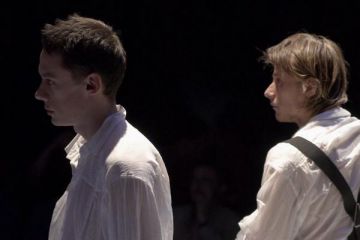 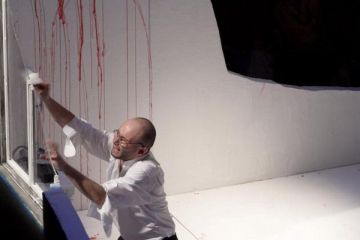 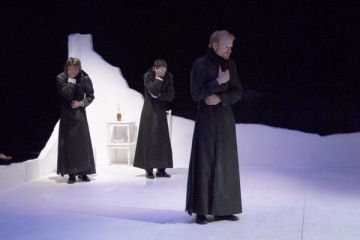 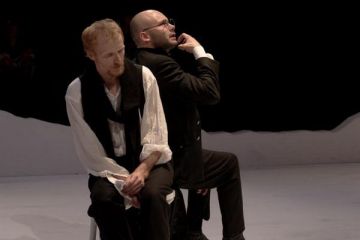 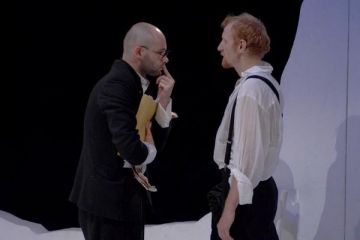 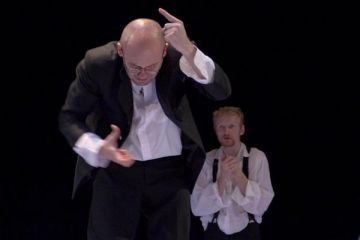 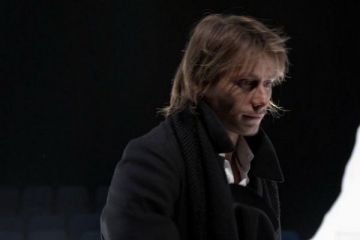 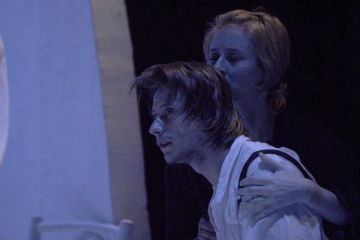 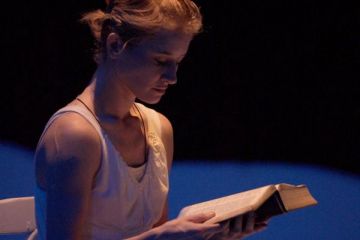 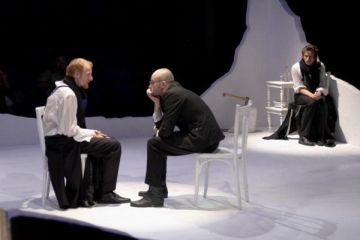 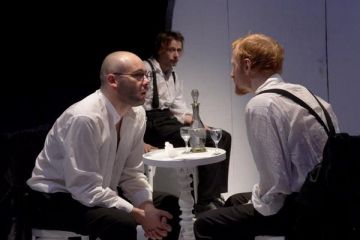