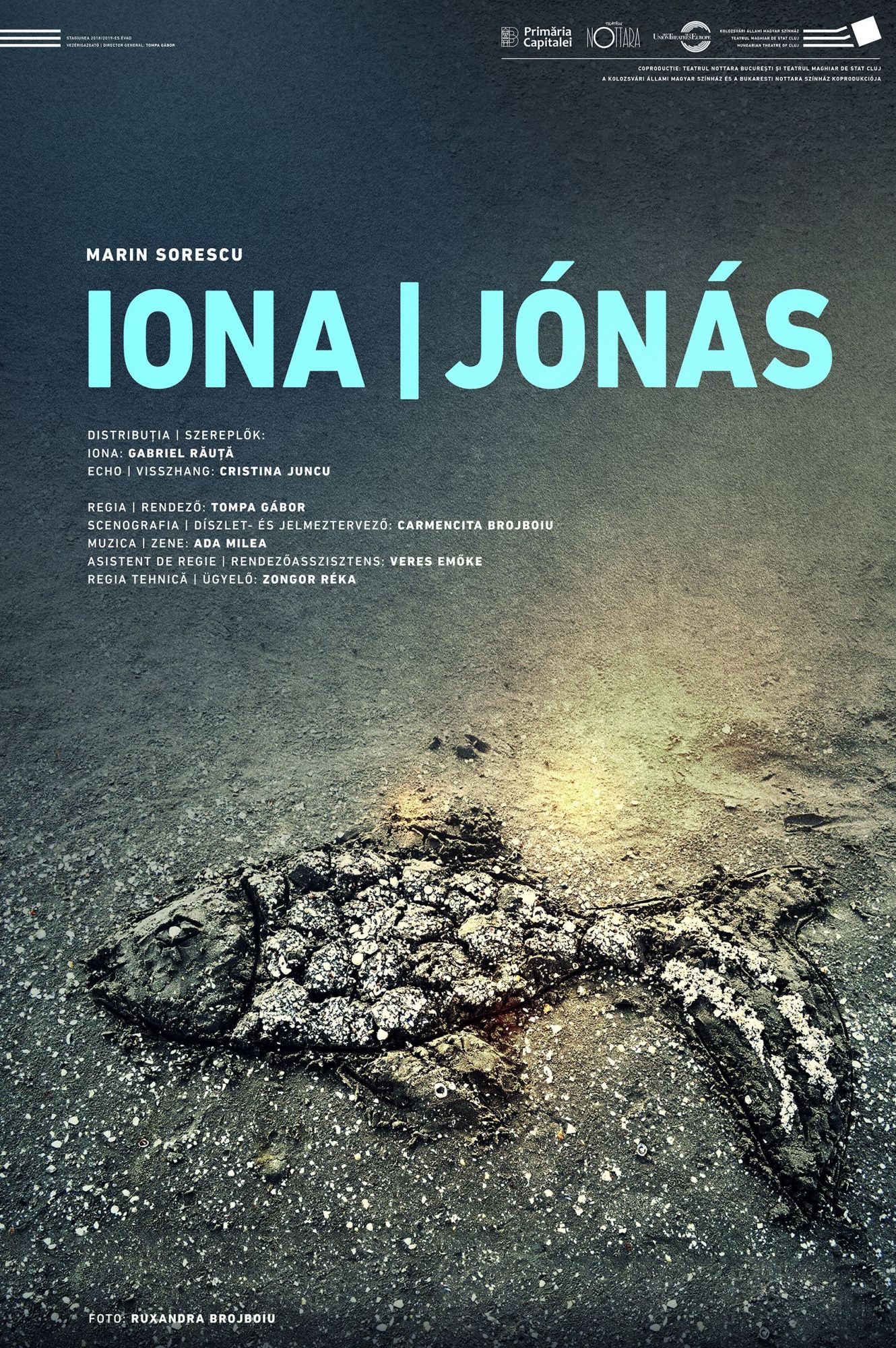 Răuță is perfect for the role. He needs to keep his audience's attention for an hour and twenty minutes, and he does just that. There is so much energy radiating from him, he is so direct, as he can deliver this deeply philosophical text in a way that everyone can find something with which  they can relate to in their own lives. "My first life didn't go very well" says Jonah, and it is as if we were hearing ourselves talk, while he continued, "but hopefully my second or third life will turn out to be better."

In the metaphorical space already mentioned, besides Brâncuși's "eggs" (symbols of rebirth), fish skeletons also appear. The symbolism of death, rebirth, Christianity appears in every scene. In spite of the heavy, reflective text, Gábor Tompa's Jonah sparks hope. And besides Brâncuși and Babits and the Bible, I felt Hemingway's presence there somewhere as well, for some reason.

And the play takes on a new dimension by the fact that Jonah is not the first, nor the last man to find himself inside another fish when he is released from the belly of the whale, but is the Creating man himself. More specifically, with this production, Tompa wanted to invoke the figure of Brâncuși, who lived in the solitude of exile, by having Gabriel Răuță - the actor who portrayed the title role, and whose appearance happens to be similar to the Romanian sculptor, - produce small statue heads, and sleeping muses from egg-shaped objects. 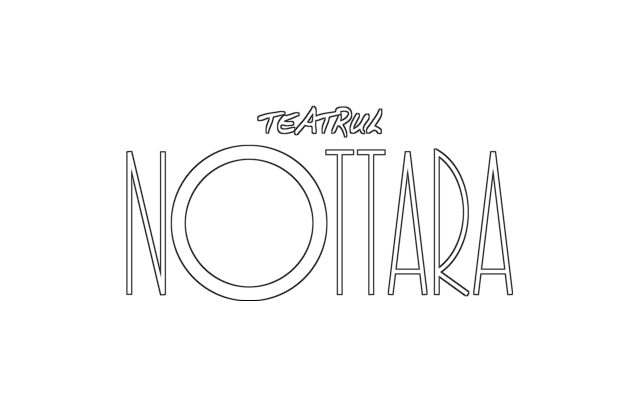 To try to escape from a certain universe and infinitely wake up as a prisoner in a different one... The story of the famous biblical character, swallowed up by a giant fish from whose belly he is trying to escape just to wake up as a prisoner in an even bigger stomach; a story that Marin Sorescu turns into one of the most famous plays within Romanian literature, according to the vision of director Gábor Tompa’s, Jonah becomes a poetic performance, in which Ada Milea’s music creates a special universe, combining humor with the tragically absurd.

With a subtitle given by Marin Sorescu that reads “tragedy in four tableaus”, Jonah, his first play, was published in 1968 in the Luceafărul magazine, and is part of the The Secrets of the Salt Mountain trilogy, alongside the Paracliserul and Matca. Unlike the biblical character Jonah, Sorescu's solitary fisherman carries no burden of guilt or sins on his shoulders. He will be swallowed by a huge fish from the beginning, and every escape from the belly of the fish will lead him into an even bigger belly, leading him into prison after prison, to infinity, as a condition of human existence...

“I'm interested in Jonah both from a religious standpoint and from the point of view of the condition of the artist in the world today. The appearance of Jonah and even that of the actor Gabriel Răuţă often made me think of Brâncuşi's image, namely of the artist struggling with the material. And there is a line in the text: He did nothing good in his life except for this wooden bench, putting the sea around it. A wooden bench in the middle of a sea... A superb image that makes me think of The Table of Silence. Well, this is the famous motif of the work devouring the artist. And we attempt to reference Brâncuşi, who lived in the whale of exile. Jonah, in my view, is a performance about the artist's condition and his current doubts of faith. About his Relationship with God, with the divine, with inspiration, hope, despair...” 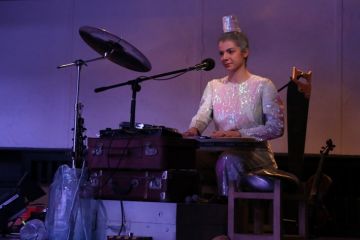 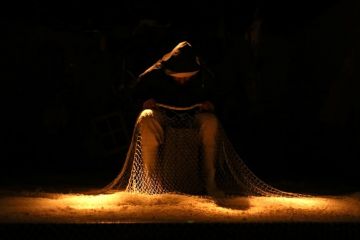 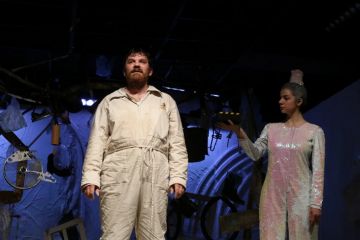 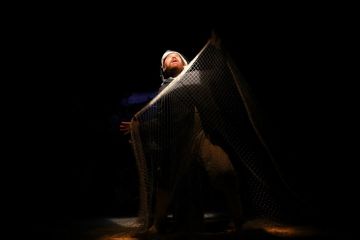 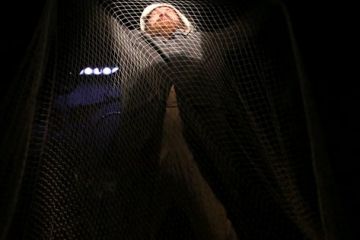 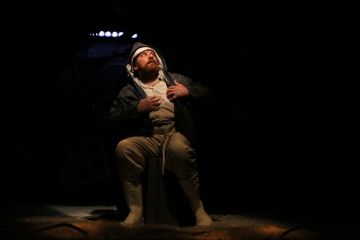 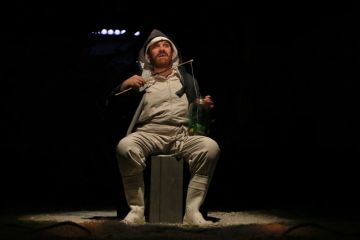 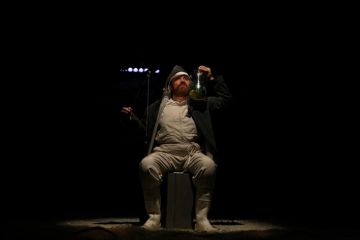 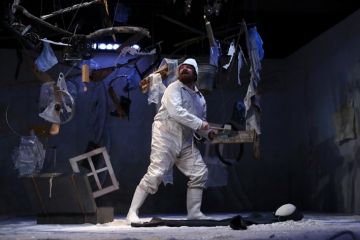 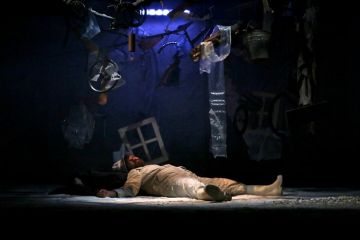 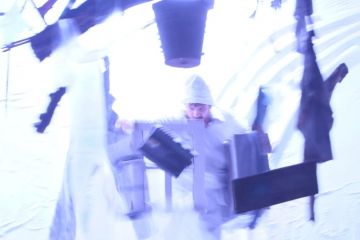 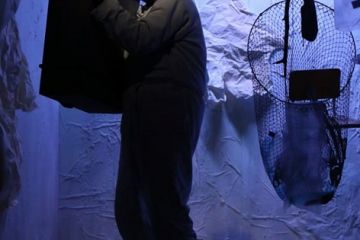 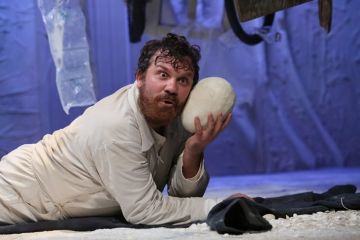 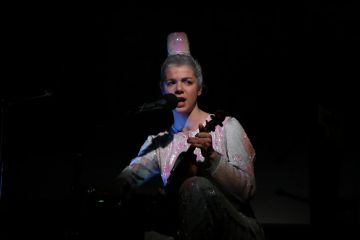 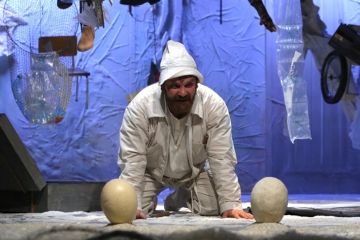 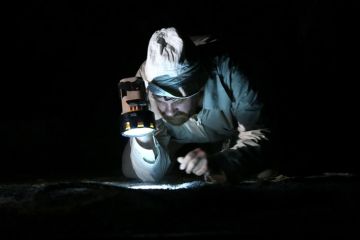 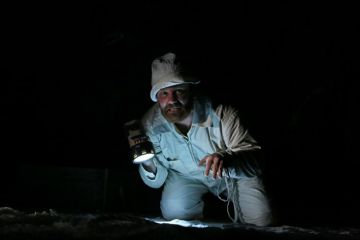 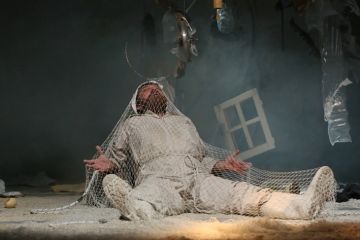 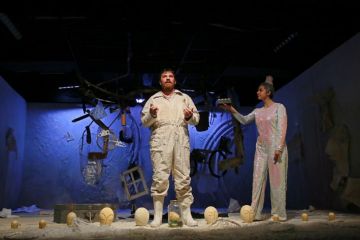