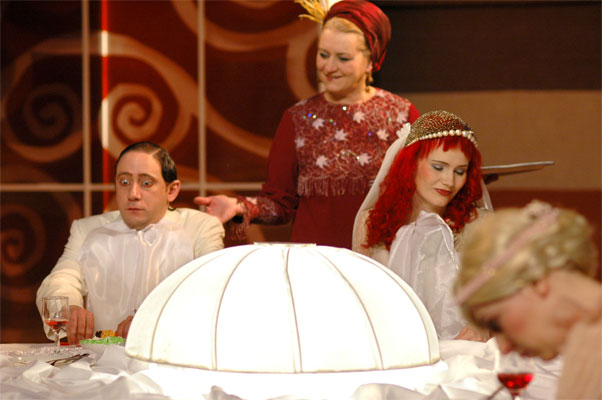 The Performance is authorized by the Suhrkamp Verlag GmbH & Co. KG., mediated by HoFra Ltd.
It is an unconventional philistine wedding that simultaneously preserves and confirms all the traditions. A familial wedding, that reveals the "institution" of the family, an absurd, ridiculous, poetic wedding. A paradoxical nuptial, a ceremony of despair, a ceremony of our need to be pure, authentic, and young. Through this text, Brecht reflects his expressionistic instincts, the fervour of rebellious youth, his hatred for the regime, and his faith in positive values.

I was very excited when I discovered the play A Respectable Wedding which is unsual compared to Brecht’s other, well-known plays. That is why the performance proposes to restore the figure of the young, restless and vulnerable metaphysical Brecht of the 20’s, who had the courage to jeer at himself in his works, Brecht, the poet of the suffocating city and Brecht, the tracer of lost paradise as well.  Anca Bradu 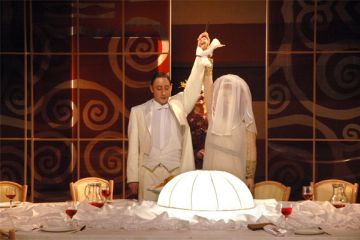 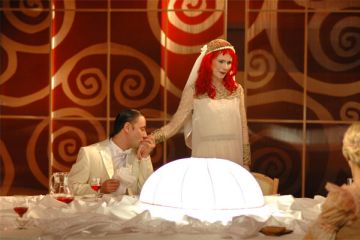 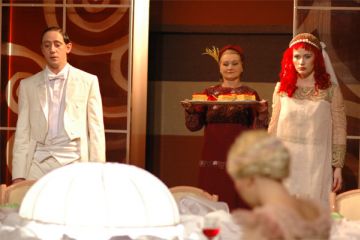 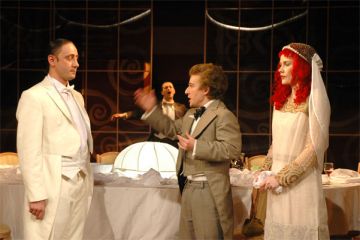 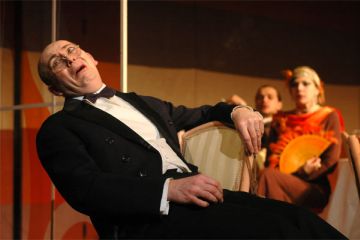 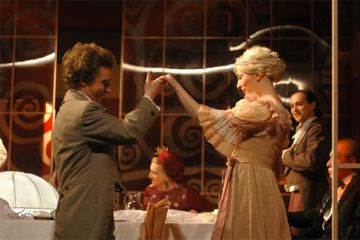 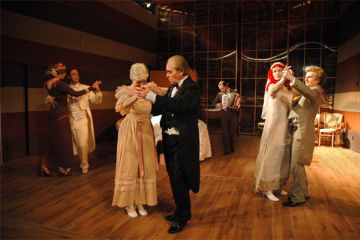 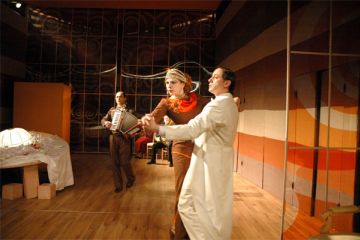 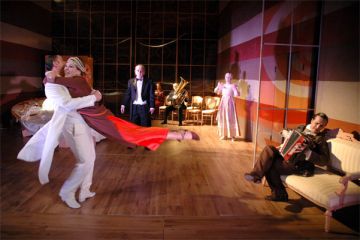 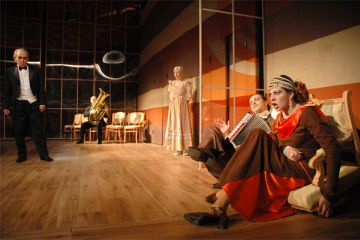 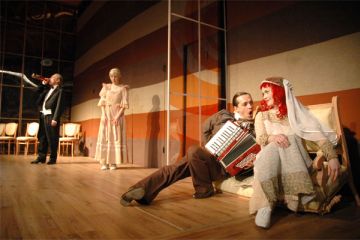 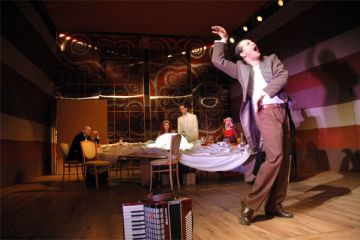 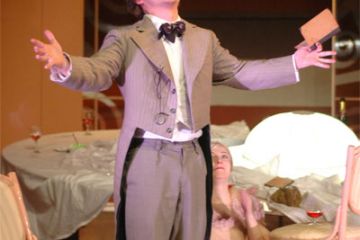 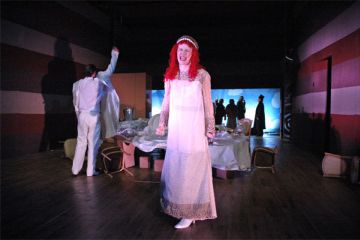 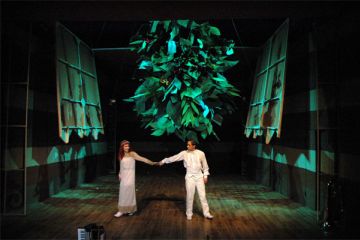