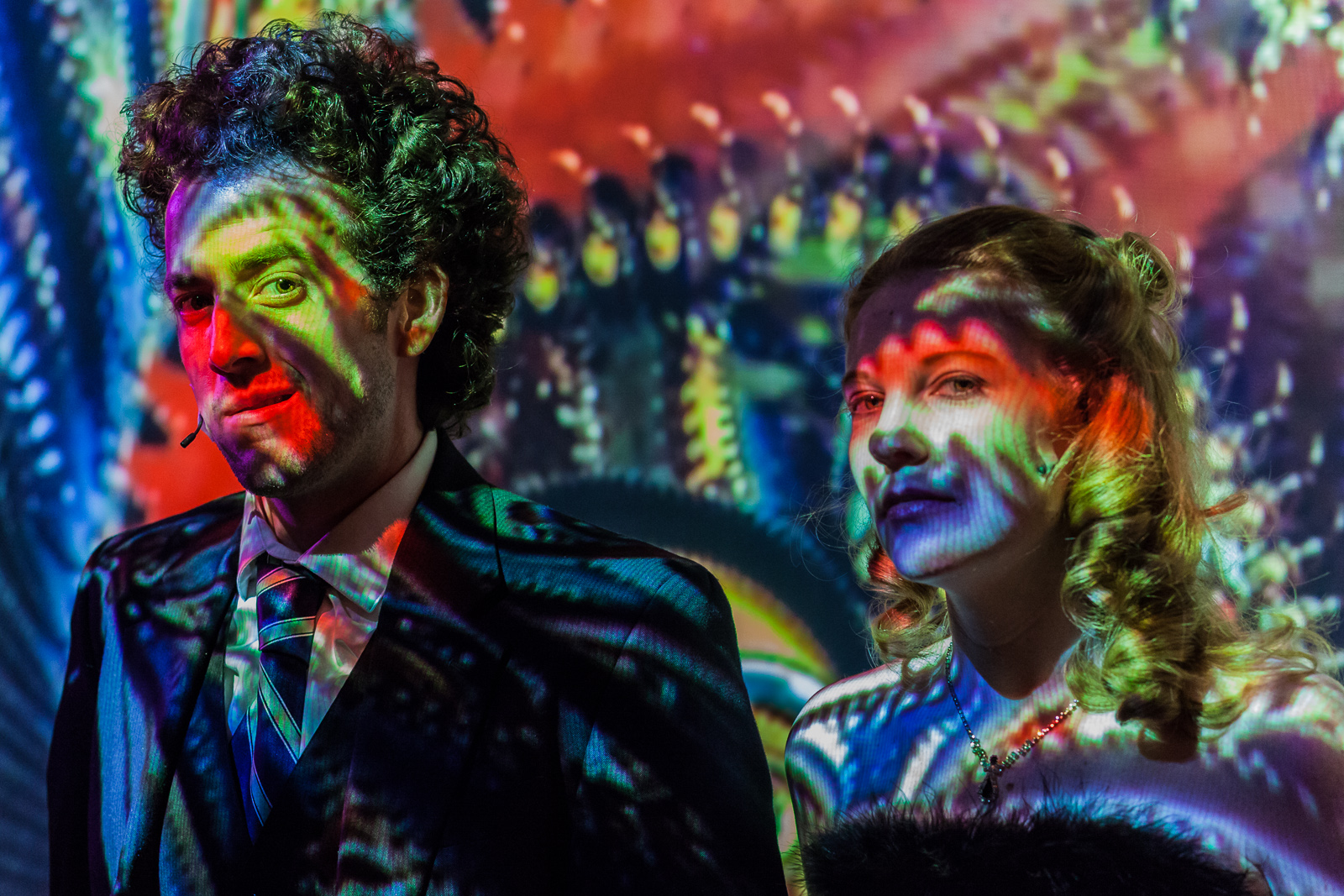 Date of the opening: december 05, 2014
Fractalicious! is “intermedial” and “post-dramatic” insofar as it blends media, spaces, consciousnesses, and realities and is presentational, ironic, sincere, and comedic, and features every design aspect working interdependently with comparable value. The performance combines five components, a coalescing pastiche of characters, subject positions, performance modes, and digital technologies: 1) an actor plays a professor’s multiple co-existing sensibilities that cascade in a chaotic unraveling and reorganizing of a stylized, often parodic, lecture; 2)  a dancer occupies multiple subjectivities and affects competing for the space of the professor for whom she is lover, sadist, and symbiotic (they present several overlapping stories); 3) singers sonically punctuate and engage the fracturings of consciousness and subjectivity as they breakdown and renew; 4) videos permute extreme phenomena from neurochemical to astronomical, human to machinic, horrific to beautiful, and so on, comprise, complicate and enhance the landscape; and 5) DJs weave symphonically various sonic lifelines, biorhythmically fusing audience with all performance elements.