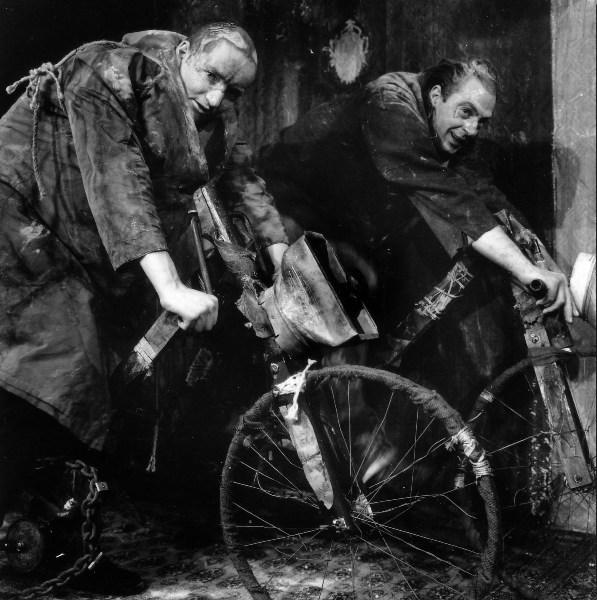 or the Hint of Vertigo

Dancers:
Guillaume Bertrand, Istvan Bickei, Denes Debrei, Samuel Dutertre, Peter Gemza, Josef
Nadj, Henrieta Varga
original music by
Aladar Racz light design
Raymond Blot choreography
József Nagy technical director
Sébastien Dupont lights
Sébastien Dupont stage manager
Clément Dirat
Date of the opening: december 07, 2010
After awards won in Belgrade, Hamburg, Chividale, Perigaux, the Golden Masc Award in Moscow and the UNICEF-award, in 2001 Josef Nadj received the most prestigious European theatre award, the European Taormina Theatre Award of the European Association for Theatre. The performance received the first prize of the audience at the 32nd BITEF Festival (Belgrad, 1998) and the Golden Mask Award for the Best Foreign performance in Russia (2002).
The voices talking in Woyzeck talk amidst the insanity that the law should not (or no longer) exist and that, for the poor, the place of the law should be taken by nature, but like an empty space: bottles drunk in cabarets, animals gleam in the night. Since it is written before "the poor" form themselves (or are formed) into revolutionary subjects - thus before they gather around a law or whatever can take the place of the law - the story of Woyzeck and Marie, although it is situated from a historical point of view, is beyond any heroic agitation, and beyond any biased or edifying recitation.

What remains of Woyzeck ? Nothing – nothing, except the mystery of Büchner’s work that Nadj had miraculously preserved: the vision, the torment, the murder. The coarse commands of nature which reduce the human being into a mere painful puppet. The atavism of misfortune. The fatality of the abyss. 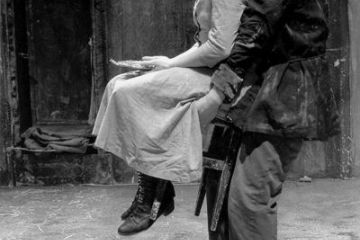