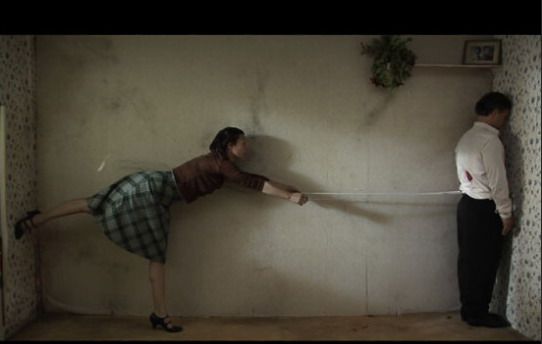 Blind questions: I see you me neither

Date of the opening: november 09, 2009
Director: Stephanie Thiersch
Stage: Anja Theismann
Dance/Creation: Viviana Escalé, Orlando Rodriguez, Juliana Venter, Jens Münchow, Alexandre Castres, Alexandra Naudet
Dramaturgy: Rosi Ulrich
Music/Composition: Joseph Suchy
Lighting: Kathy Sebbah, Javier Ruiz Gómez;
Produced by MOUVOIR/Stephanie Thiersch, in co-production with tanzhaus nrw in the context of festival TEMPS D’IMAGES; in co-operation with Freihandelszone – ensemblenetzwerk köln, 58Filme and DOCK 11; with kind support of PACT Zollverein. The film was created at a residence at la Ferme du Buisson, Scène Nationale de Marne la Vallée.
Duration: 85min
blind questions: I see you me neither is a dance performance on the subject of love. The performance underwent an unusual production process. In addition to the multi-layered treatment of the topic, the production builds a variety of levels, using the media, film, stage and expert interviews in the process.
Film and dance performance meet and touch in a real-time situation; they begin to communicate, enter into a dialogue, borrow topics and images from the other and produce new settings.

In the film, a mysterious power, “the mystery of love”, draws two people, Alexandre Castres and Alexandra Naudet, to each other. Something happens and drives them to moments of endless harmony, but also to scenes filled with a loss of control.
In contrast to the protagonists in the film, the characters seen in the dance performance behave like engineers. They try things out, examine almost maniacally one test arrangement after the other. Breathlessly, they vary the situations, believing that they might come closer to finding a solution as they do so. What is the right construction? Is devotion the only way to achieve fulfilment, in other words not scientific analysis but intuitive experience? Is becoming receptive to feelings, to loss, rejection, loneliness and self-abandonment what triggers the characters on the stage?

Stephanie Thiersch was born in 1970 and trained in classical dance in Wiesbaden. In France she discovered contemporary styles and worked in independent groups. She also studies cultural sciences in Mannheim. She turned in her final project on video dance and then went on to complete her postgraduate studies in media art at the Academy of Media Arts, Cologne. At that point, she had already established her company MOUVOIR (1998), with which she then produced stage works, films and installations that have been shown throughout Germany and around the world in Paris, Rome, Lisbon, Helsinki, Singapore, Costa Rica, Jakarta or Togo to name a few. “MOUVOIR“, she says “is a call for a multi-levelled sense of perception and focusing one‘s attention on bodies and conditions never quite located with certainty, but which aspire to surpass their own demarcated locations. “

She received the German Video Dance Award in 2002 for her film “Georgia and the Furtheranceaward for Artists by the Ministry of North Rhine-Westphalia. In 2005 she received the Cologne Dance Theatre Award for her turf piece “Under Green Ground. Her piece “Helter Skelter“for four dancers was awarded one of the prizes at the Theaterzwang festival in Dortmund in 2006 and was then toured in its revised version “helterskelter vol#2“. After “beautiful me“ (2006), she opened the festival “Les Repérages” 2007 in Lille together with her solo “living room“. 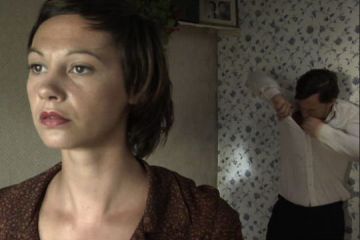 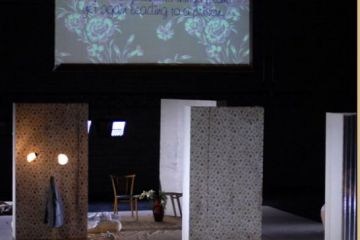 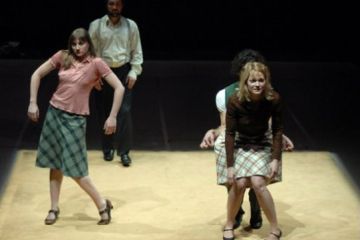 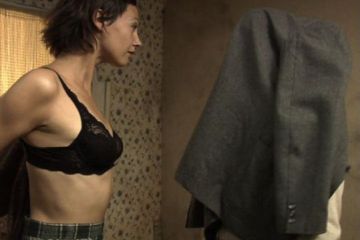 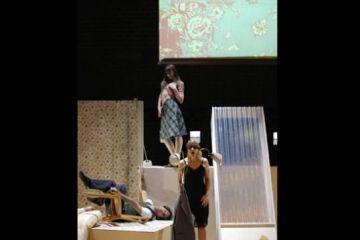 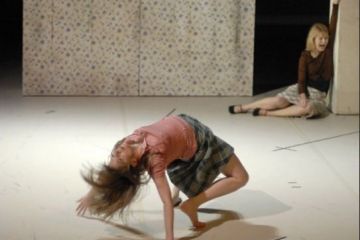 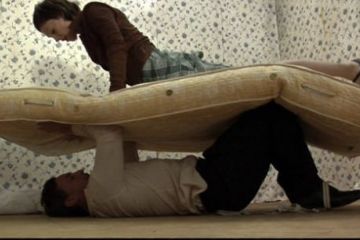 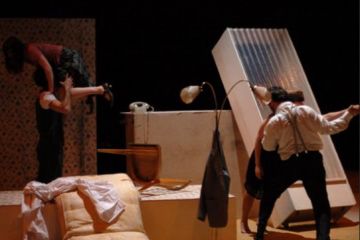 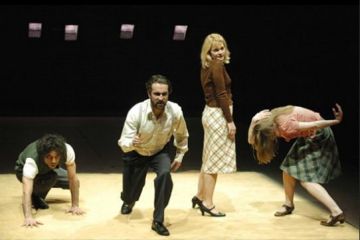 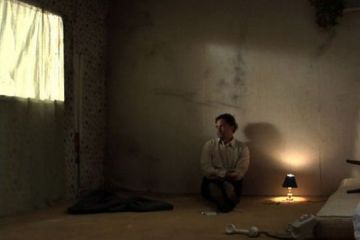