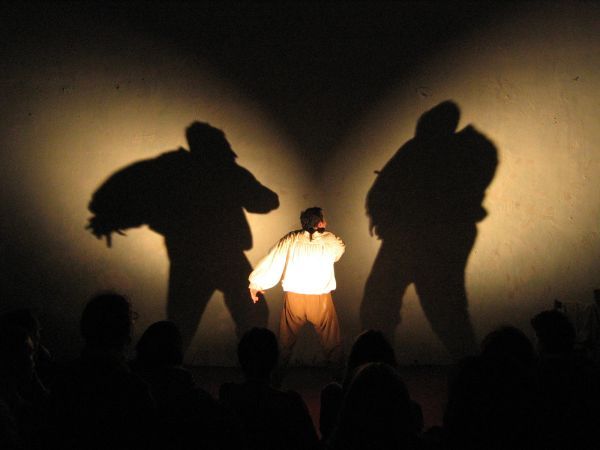 based on the novel by Miguel de Cervantes

conceived, directed and performed by
Jacques Bourgaux director’s and scriptwriters’s assistant
Georg-Maria Pauen artistic and technical collaboration for tour
Natacha Markoff light design
Michel Gladyrewsky
Date of the opening: december 06, 2008
Alone on an empty stage, Jacques Bourgaux enacts the adventures of the Knight of the Sad Countenance. Through sound, word, gesture, song and audience involvement, he summons up wicked wizards, treacherous knights, and malevolent giants. We follow him from a bustling marketplace to a dank cell, from a howling storm to a windmill’s whirring, from the maddening drip of a leaking roof to the gallop of horse and donkey carrying Don Quixotte and his true servant, Sancho Panza, to fierce and unequal battles. An emblematic figure of the anachronistic and old fashioned, Don Quixotte is surprisingly more than ever of our time. 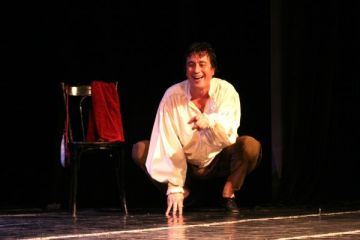 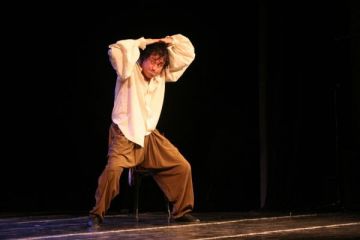 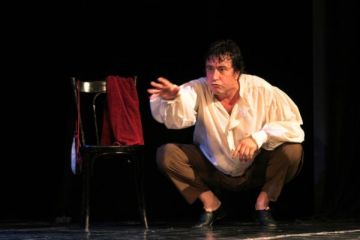 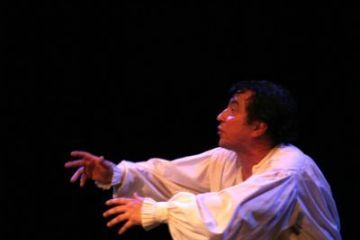