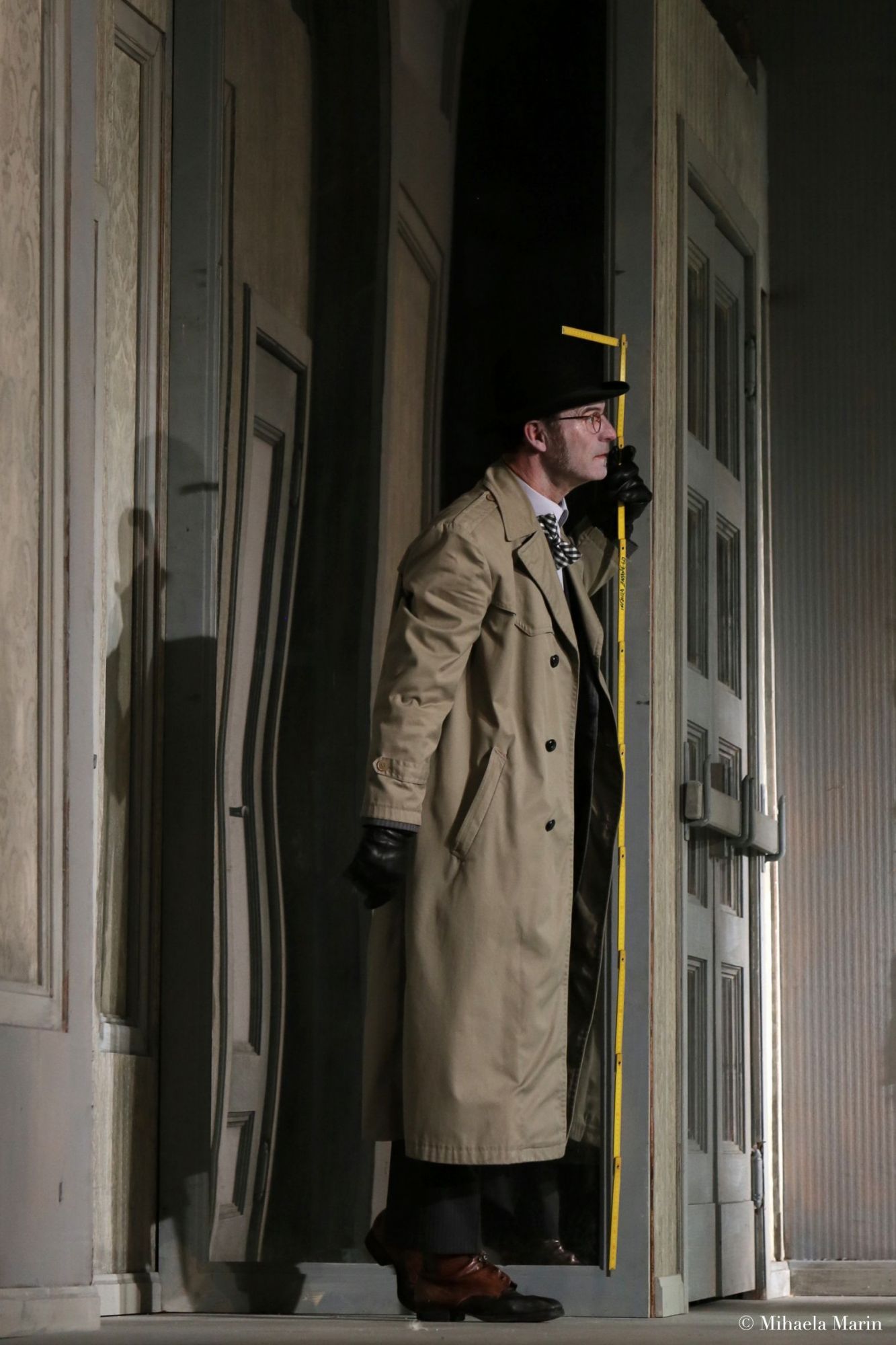 Date of the opening: december 02, 2014
„In a time of globalization, when each of us is constantly moving from a town to another, when different languages are simultaneously used in conversation, we reach a point in which we don’t know who we are anymore. Eugène Ionesco’s play, The New Tenant, seems to mirror ourselves. A tenant in a new apartment for him, but much too old for the Housekeeper, two furniture removers and much, too much luggage. A show about adaptability and about the imposibility to let the memories go, from outside and inside us, on our way to the esential and eternal migration. Still, what is there left for us, if not the memories? The idea is so hard to be accepted, hence the comic....”
Copyright © 2020 Hungarian Theatre of Cluj. All rights reserved