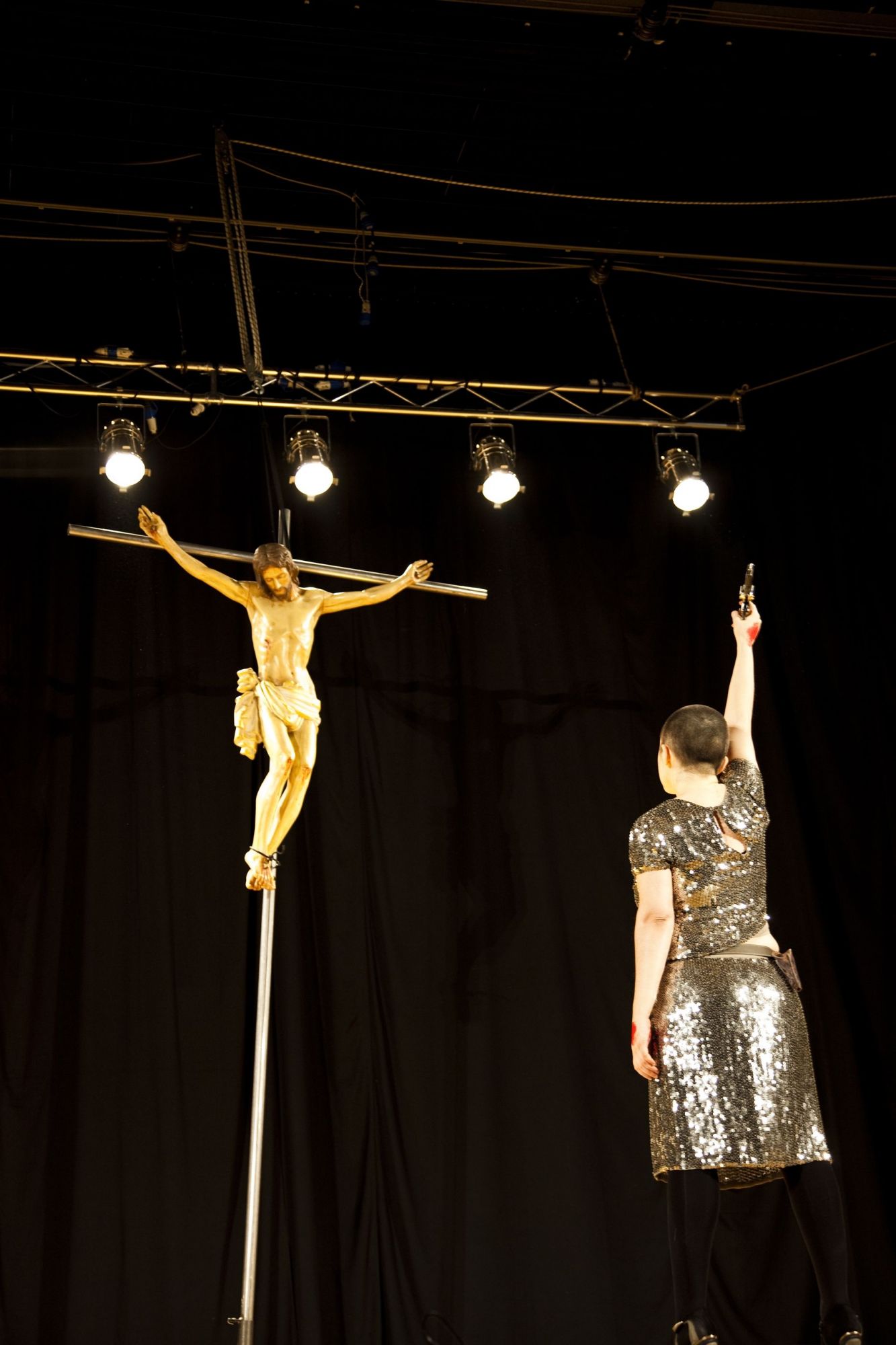 Date of the opening: november 28, 2014
The End is above all our fear to die and our fear to live. Our difficulty to accept and enjoy both life and death.
The End is an immersion with no omissions inside the silence, the censorship, the anxiety that today surround death. Today death does not exist. It’s hard to talk about it.
Nobody tackles it. Nobody mentions it. It is the last taboo alongside masturbation. Death is occulted, hided. It is considered as something that does not make part of our life.
Catholic religion bears many responsibilities, but the most widespread models, styles of life embrace perfectly the will to avoid talking about this topic. When we are forced to face death, in a sudden and explosive way, our fear comes to the surface. Common sense or wisdom are not enough to face it. Knowing that life is a cycle, that our
parents get older, that sickness exists is not enough. Neither the consolatory vision nor the response of religion is enough. Death does not change. A dark spectre we are dreadfully scared of. In a tragic way. In a comic way.