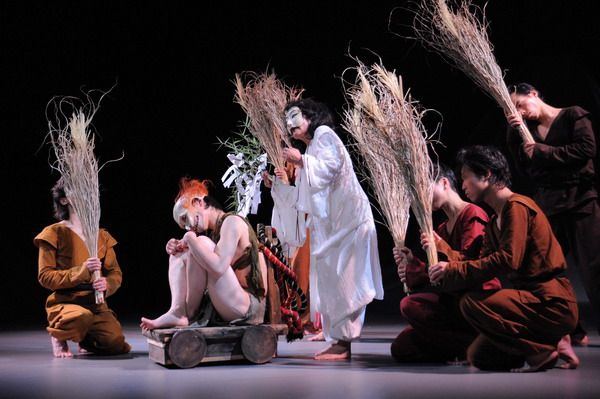 Date of the opening: november 23, 2009
An old Japanese legend, preserved in oral tradition, serves as the basis for the play Prince Oguri and Princess Terute which has ”death and resurrection” as its theme. The legend passed from mouth to mouth until the middle ages, when at last the bunraku and the kabuki theatre incorporated it. The play embraces all the ranges of human knowledge of life, and through the use of masks takes the spectators into a world of imagination.

A sekkyobushi story-teller also takes part in the performance, which tries to build a modern theatrical creation. The story is presented by young actors using the language of Old Japanese, accompanied by contemporary dance and music played on traditional Asian instruments. Performances directed by Takuo Endo are exclusively based on this principle. The spectator can feel the attraction of an ancient energy, which has its origins in the human spirit, the venue where the performance actually takes place.

Director Takuo Endo was born in 1928 and graduated from the National University of Fine Arts and Music. Until the age of 30, he expressed himself primarily through pictorial art, but then he began to write plays for radio, TV, puppet-shows, opera, and musical theatres. Several of his plays were presented in Europe, America, Canada, and Asia. His most important works are Gold-fish from Heaven, Prince Oguri and Princess Terute, and Abhimanyu meets his Death, all of them mask performances. He had also worked in the project Karno Tanding, a coproduction of the Indonesian National Institute of Arts (ISI) and the Yokohama Boat Theatre. 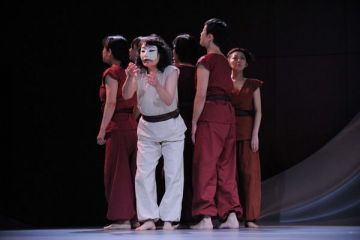 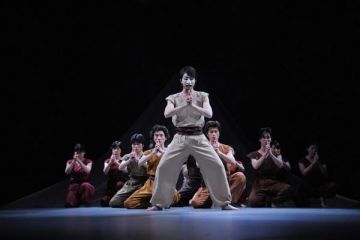 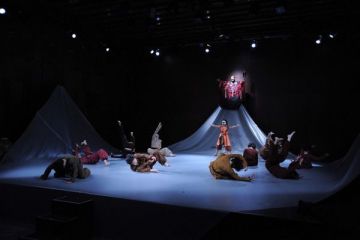 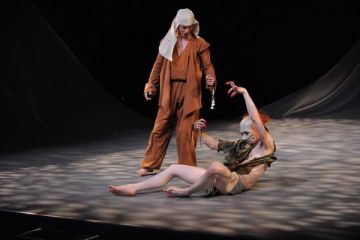 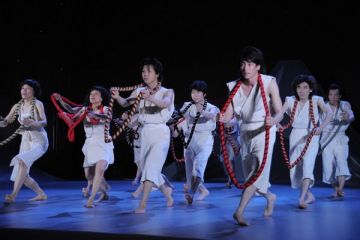 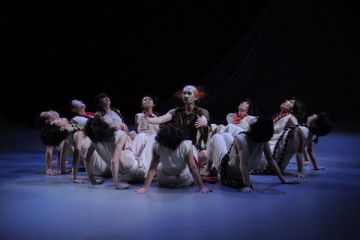