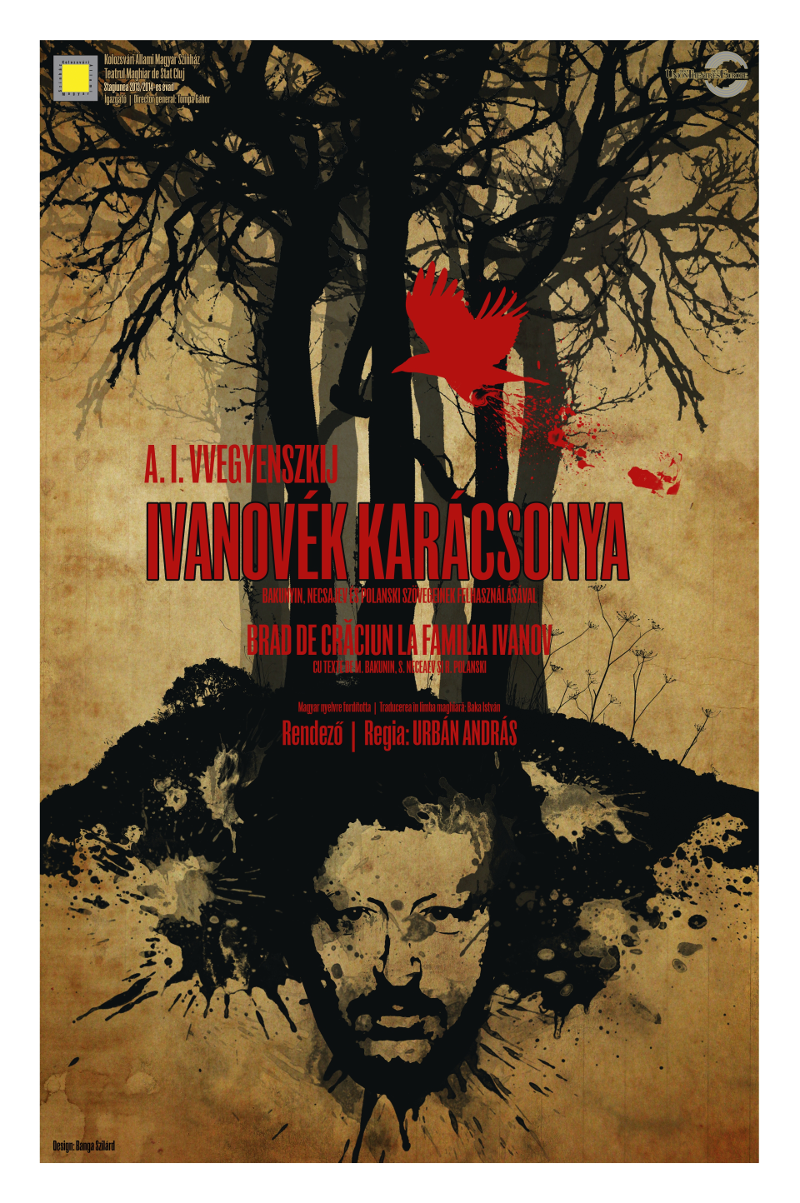 Christmas at the Ivanovs


directed by
András Urbán set and costume design
Carmencita Brojboiu dramaturg
Kata Gyarmati music composed by
Attila Antal stage manager
Attila Antal
It is a cruel comedy, featuring surreal elements befitting its author, against which laughter is merely the main line of defense. Still, the moment the animal masks appear on stage reminds us of the magical transforming effect masks possess: a tense type of silence arises, which is interrupted only by the neighing of a foal. At that point laughter should have ensued. However, the scene rather invites reflection. And wouldn’t you agree that this is the merit of a good production, namely that it invites us to think?
Horaţiu Damian: Otrava [Poison], Agerkult, 24 March 2014
The way we relate to the performance depends on our personality and state of mind. One could also decide not to like the production, because the actors keep yelling, the music is too loud, blood is dripping from the ceiling, and the actors wear animal masks; Imola Kézdi - the 32 year old little girl - plays a human head for much of the play. We may also get discouraged by the raw sex scenes featured in the production. However, all these elements have the potential to trigger the opposite reaction as well: it can help us realize that we are witnessing a stage production that aims to be critical of society; it also can wake us up to the fact that in Eastern Europe, in the Balkan region the notion of a democratic society is meaningless. We cannot alter political power, or if we could, it would have serious consequences. The performance alludes also to the Ukrainian conflict, thus its message is highly topical and may be unsettling. Still, the complex performance includes very beautiful lyrical passages as well, which relieve tension, such as the dialogue between the head and the body - making reference to Polanski’s text.
Melinda Varga: Abszurd dráma politikai üzenettel [An Absurd Drama with a Political Message], Irodalmi Jelen, 24 March 2014
On the Studio Hall stage of the Hungarian Theatre of Cluj, director András Urbán explores the topics of violent enforcement of power, those power gestures of excluding and demoting the individual. The director is not looking for answers. Using the absurd and surreal elements of the drama, he decidedly takes a position against hierarchical systems. (...) This world did perhaps belong once to A. I. Vvedensky, however, in the „here and now” I can categorically state that this world is „mine” as well. (...) The role of Sonya Ostrova (Imola Kézdi), the nanny’s victim does not end with her death. Her severed head becomes alive on its own, while her body is replaced by another one (Éva Imre). This kind of stylization does not allow for death to be perceived as credible, however, we still do believe it, for it creates a double space that makes encountering it seem reality, urging us to view ourselves from a similar position as well. The body is finally able to speak and ask us its questions.
Réka Szabó: Testestől, fejestől [The Body and the Head], Erdélyi Riport, 11 April 2014
The wide variety of divergent dramatic material is augmented by director András Urbán by new semantic levels. The avant-garde, the grotesque and experimental theatre becomes saturated with contemporary meaning; we see before us an actionalist political theatre, in which the characters are loudly protesting against any encroachment of dictatorship aimed at crippling one’s personality. While at other times, protesting voices are heard against women’s vulnerability, their physical and psychological subjection, in intense scenes, which are similar to The Spanish Bride staged by Urbán in Subotica. The scenes composed to rhythmic and wild rock music, to rhythm-filled, popping choreography, are flowing one after the other, full of dynamism, life, exploding with passion, encompassing harsh effects.
Dezső Kovács: Vidám horror [Merry Horror], Art7.hu, 3 June 2015
The actors never portray traditional dramatic roles in Urbán’s theatre. The director does not ask them to portray a character’s personality (this would be rather unthinkable regarding the Vvedensky play), but more general characteristics are portrayed using strong indications, suggesting broader human and societal roles.
(This is the reason why demonstrative solutions are incorporated into such performances, as well as a more direct form of communicating with the audience.) (...) Urbán’s striking interpretation appears not only in the “widening” of the theatrical situation, or the “opening up” of the literary text, of pasting foreign texts within the play - and subsequently in the casting process and contraction of roles -, but also quite firmly in those images which help him enliven the “episodes” of Christmas at Ivanovs. (...)
With its autoritarian world, hidden cruelty and hypocrisy Christmas at Ivanovs confronts a different type of harshness - one that calls itself revolutionary - which also invokes the spirit of destruction as the way in which the existing society operates.


Christmas at the Ivanovs bears the stylistic characteristics of the avant-garde, the absurd, the grotesque, social satire, and horror drama. The structure of the play is episodic, a chain of loose scenes lacking any causality or logical coherence.
The title of the play suggests that we are about to see an intimate story. However, at the centre of the drama is a brutal, horrifying murder. On the evening before Christmas, while the Puzirjov parents are at the theatre watching a ballet, the nanny bathes their child. Sonja Ostrova, the 32 year old girl, talks back to her nanny who, in her fury, beheads the child with an axe. The police arrestthe nanny. The parents, returning home, panic and then make love. Despite the tragic events, the parents decide that the Puzirjov family will celebrate Christmas. Some woodcutters are cutting fir trees in the forest and they take one to the Puzirjovs. At first, the nanny is put into an asylum, but the doctor declares her healthy, so she has to appear in court. During the judicial process the judges die, one after the other. Finally, we see Christmas Eve at the Puzirjovs, where all the members of the family die during the course of the evening. 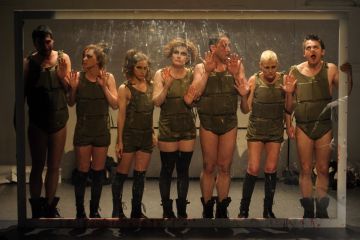 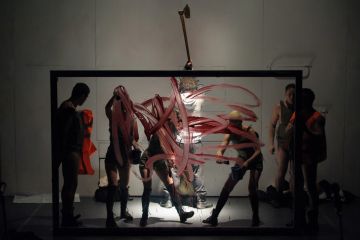 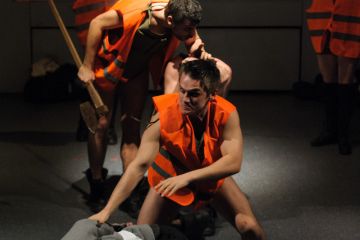 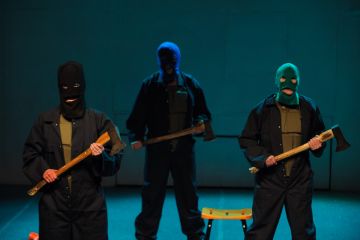 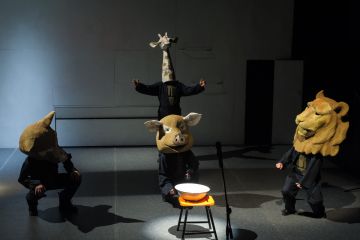 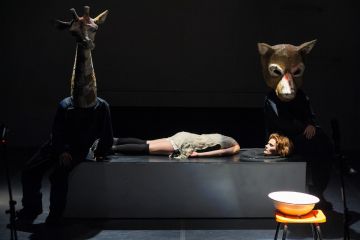 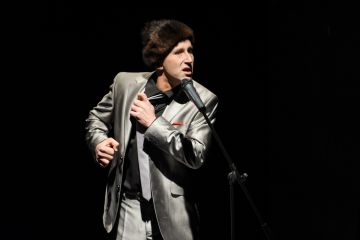 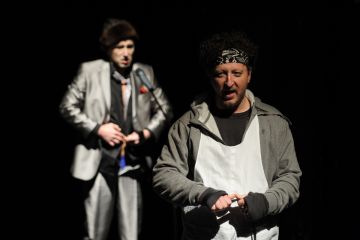 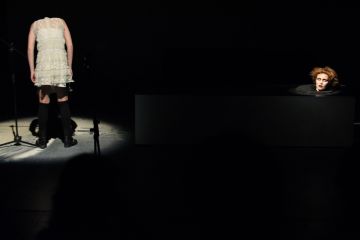 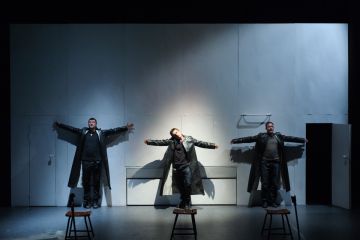 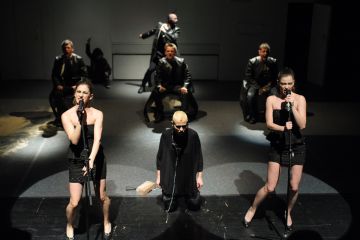 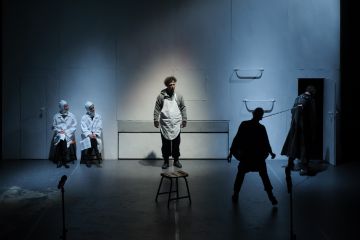 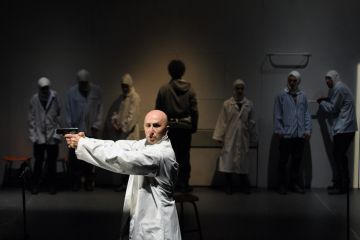 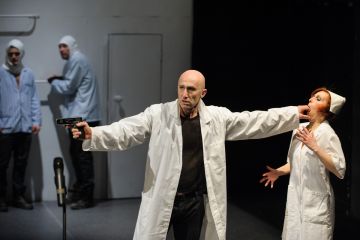 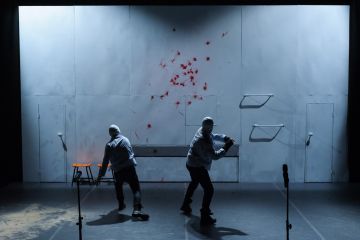 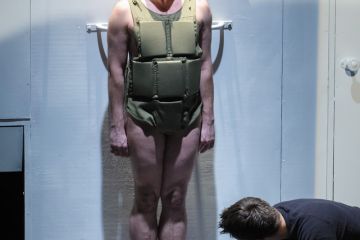 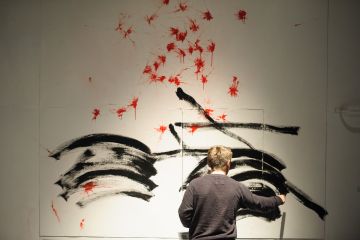 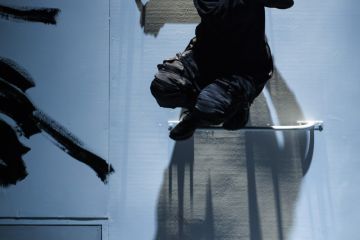 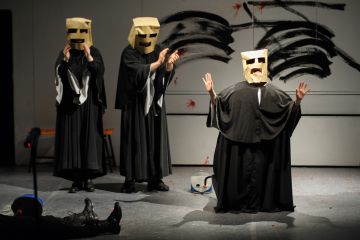 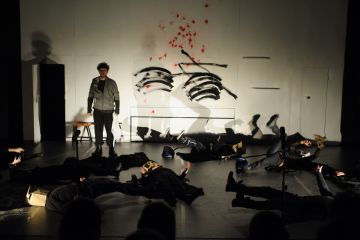 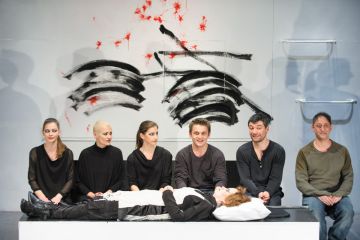 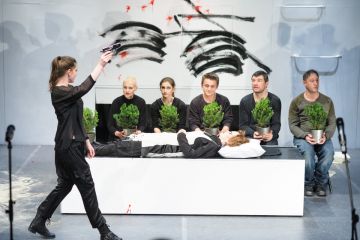 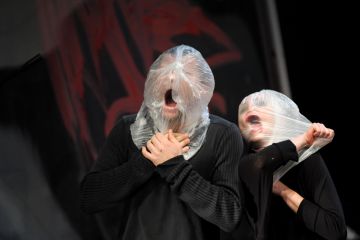 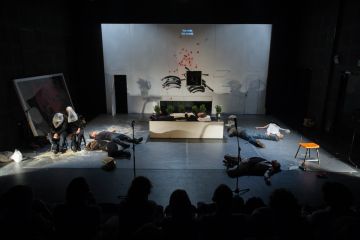