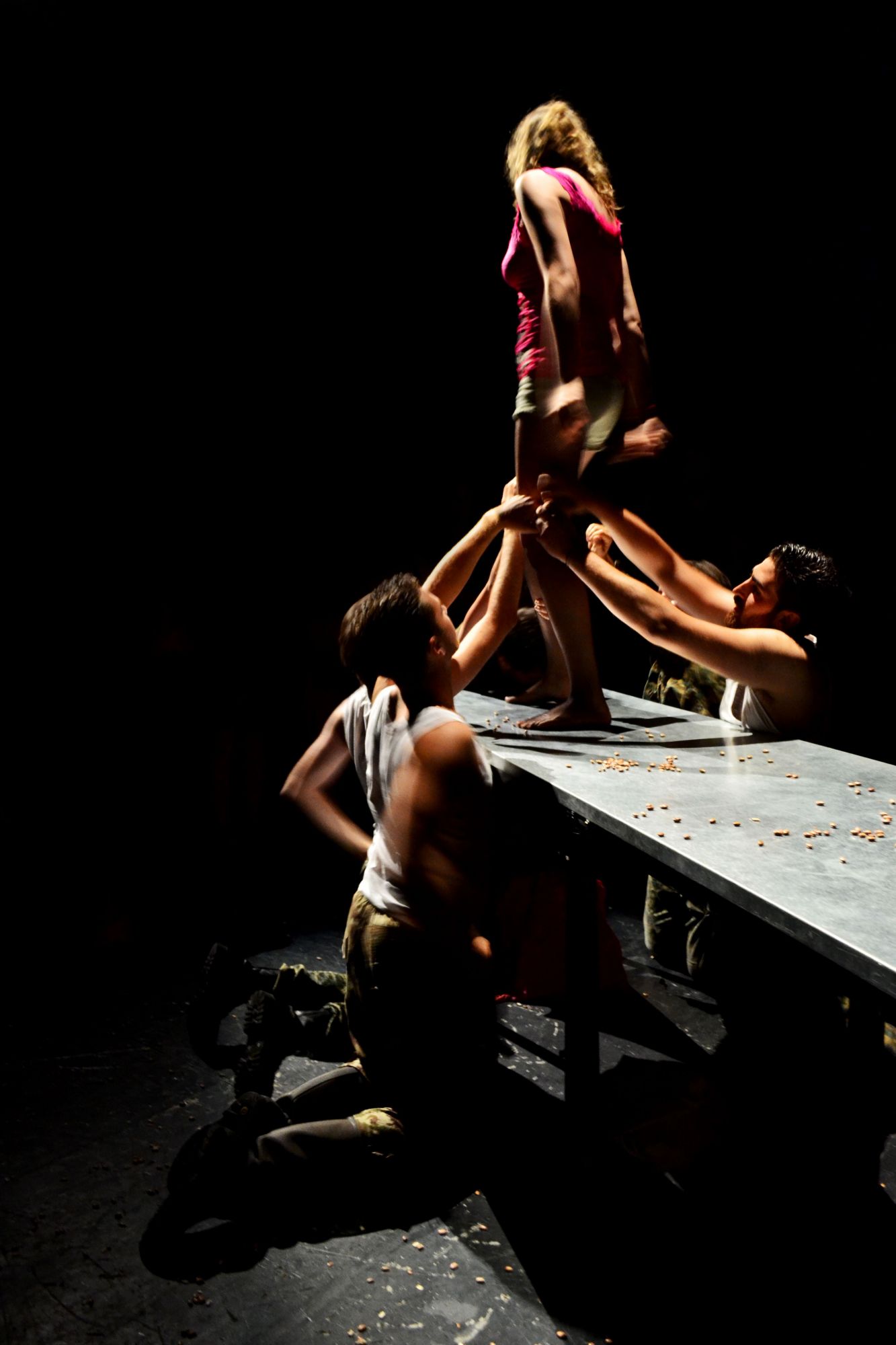 What is a soldier without his war? Wozzeck is a poor man who has to give services as a barber to earn some money to give to his child. He gives himself as subjects of the experiments of a sadistic doctor who tortures him. His woman, Marie, doesn’t care about him and just wants Wozzeck’s money while she flirts with other soldiers. Wozzeck’s world is so sad and violent that he goes crazy. There is no space for human respect, dignity or love in the dirty barracks where soldiers and prostitutes survive between alcohol and misery. The post-industrial atmosphere goes along with the espressionist music of Alban Berg, and the modernity and violence is given by Tom Waits’ and Rammstein’s pieces. A left-to-the-bone text and the predominance of physical actions are the ingredients of this brutal reflection on human disgrace.