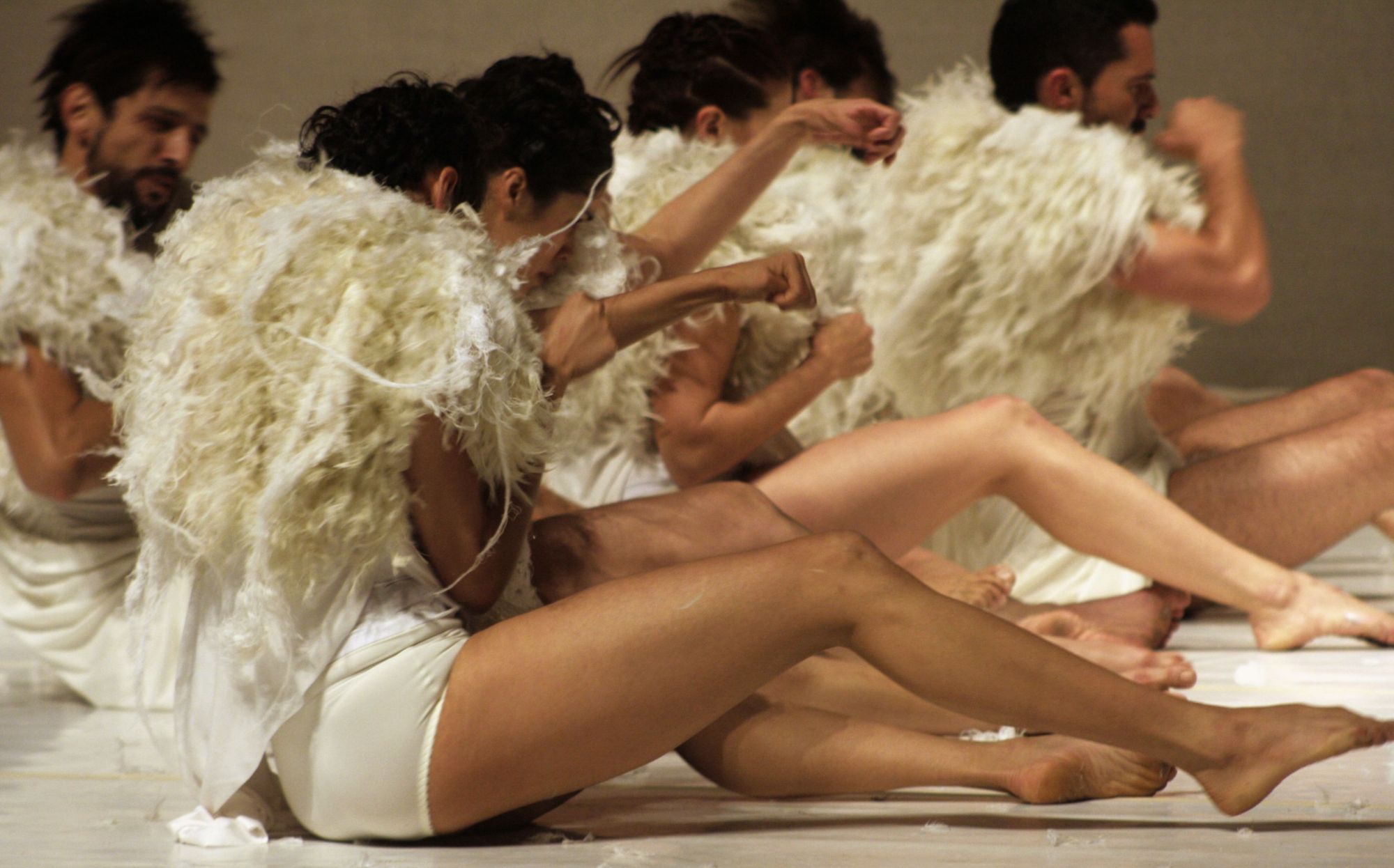 Date of the opening: december 03, 2014
Lamb is an ebb and flow of biblical, folkloric and mythical references in the loose form of a Catholic Mass, filled with religious contradictions. Like a fairytale, Lamb tells of primal initiation, rites and dreams of immortality. The central figure of guidance in Lamb is the shepherdess who guides her flock on a pastoral journey to a promised land. Both the shepherd and the lamb approach pure innocence. The biblical reference to the lamb is played out through the staging of a theatrical nursery rhyme that in the end culminates in a ritual sacrifice. The true motivation behind this is Adams’ preoccupation with forgiveness before death. Lamb is a curious amalgam of traditional and modern references presented with a sincerity that confronts anxieties over mortality and death.
Adams references the 1953 musical fantasy film The 5,000 Fingers of Dr. T. by Theodor Seuss Geisel (Dr. Seuss). Audience participants are positioned on stage seated at toy pianos and play them at various intervals. They become the source of the cacophony of sounds that attend the spiritual transformations in the solemn service.