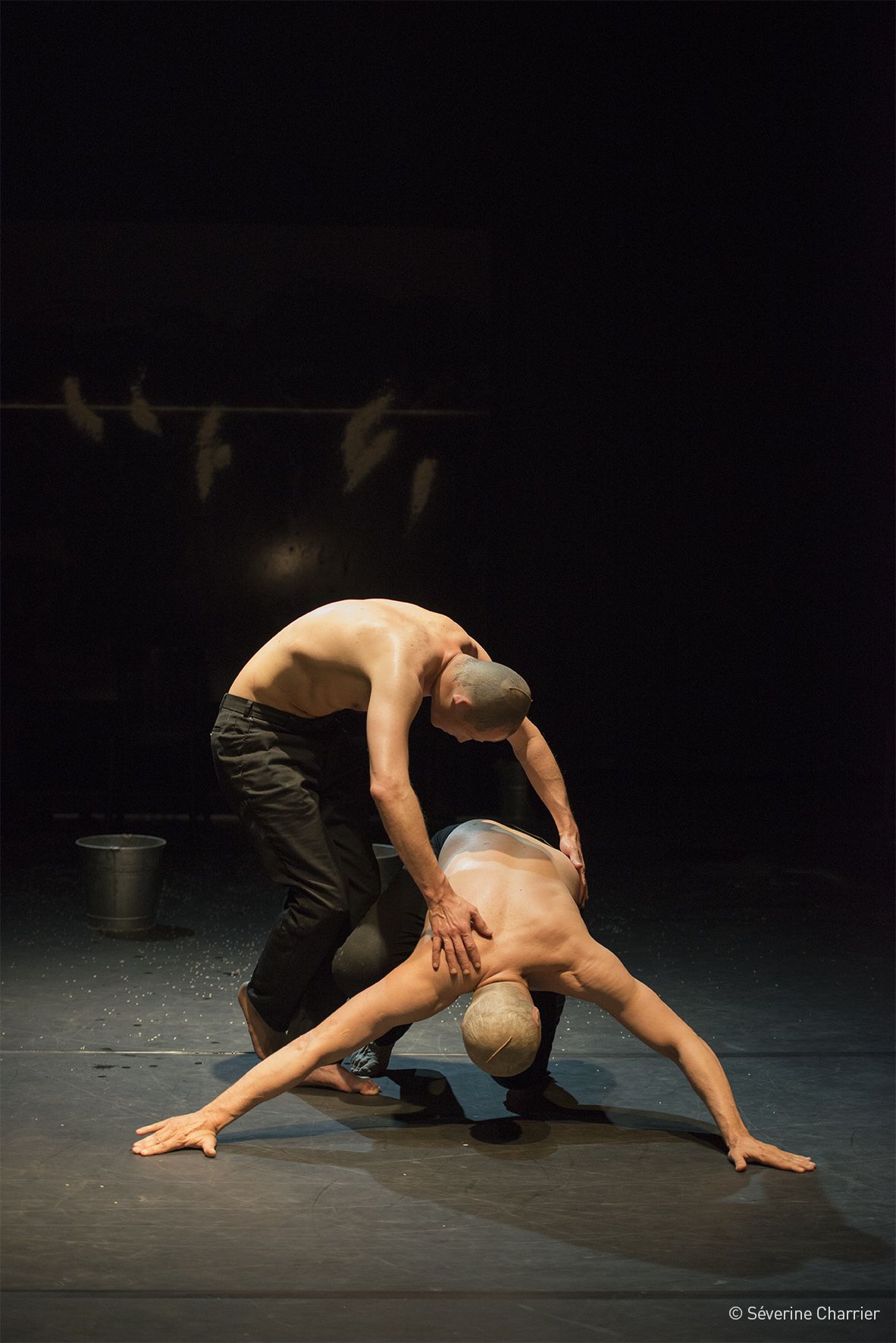 Date of the opening: december 01, 2014
Paysage iconnu evokes the influence that nature, the landscape stridden along by man can exert in so many pictures, put into perspective compared to the power of the encounter with an animal. However, it is not about an abstract scenery, but a real panorama, not far from Kanjiza, his birthplace – in the province of Vojvodina (ex-Yougoslavia).
The “unknown landscape” of Kanjiza, and the characters with their fertile and mysterious friendships that make up this landscape, remain an extraordinary source of inspiration for Josef Nadj. This inner landscape is shown as if it belonged to a stranger invited to the table of the guest poets and friends of Josef Nadj. Ottó Tolnai, a poet, Tihamér Dobó, a vagrant painter, and Antal, known as Toni Kovács, a former wrestler who became a sculptor – they are forming the bucolic dinner of peregrinations of the soul, with art and creation making up its essential framework.
So this is the unknown and unfinished landscape, that copes with the fragility of the moment, with the permanent transformation of nature, with the movements of creation, with the poetry of disappearance and of the tracks, with the imaginary fluctuations of experience and of sensibility, that Josef Nadj seems to address, in collaboration with Ivan Fatjo and musicians Akosh S. and Gildas Etevenard.
Partners: Secretaría de Cultura del gobierno del Estado de Jalisco at the Festival internacional de danza contemporánea Onésimo González, Guadalajara, Mexico – L’Odyssée, Festival Mimos, National Institut of the Arts of Mime and Movement, Périgueux.
With the support of: DRAC Centre and the City of Orléans.