On a stage that is flanked by bars – frontier barriers, fences – the performance sheds light on the dreadful situation of three Sudanese war refugees in . Monologues by Israelis, raging against foreign domination of their country, are heard at intervals. At the end of The Promised Land the young actors step forward and tell their own story: their grandparents fled from the Holocaust and the Soviet Gulag to . "We are all refugees ourselves", director Shay Pitovsky thus encapsulated the matter at the talk with the audience. (www.focus.de) 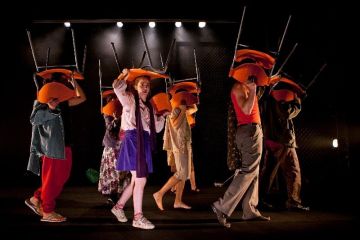 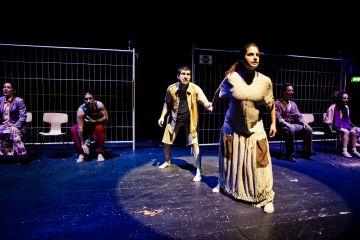 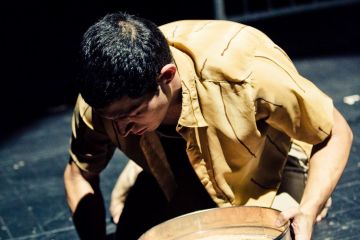 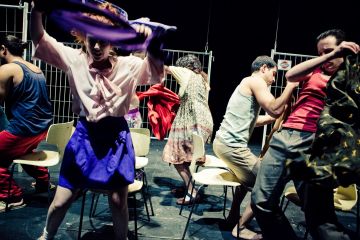 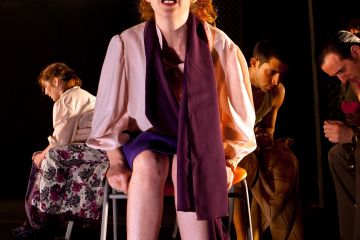 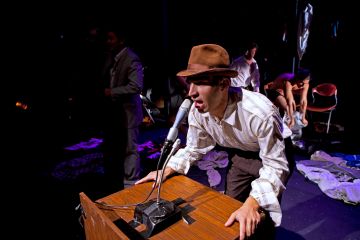 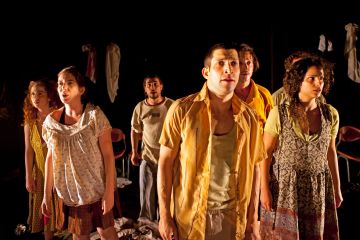 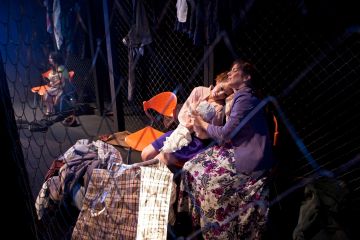 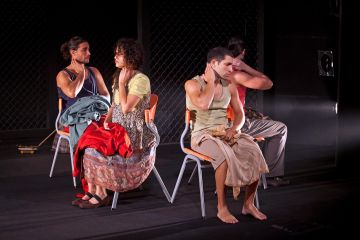 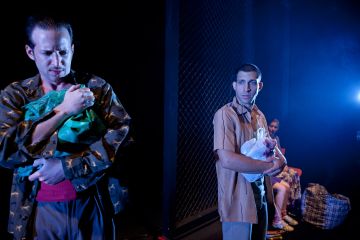