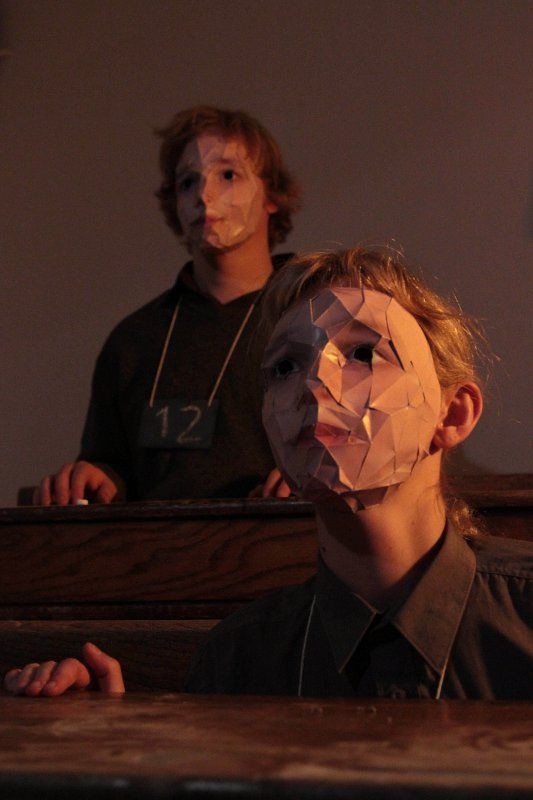 Fusing original music and dance, multi-media and video, The Blue Boy deals with the experiences of men and women who were incarcerated as children in Catholic residential care institutions. This powerful piece combines a highly physical live performance alongside recorded testimony from former residents of institutions, and gives a fresh theatrical voice to recently revealed stories of child abuse in . Seven masked artists pose the question of guilt through dance.