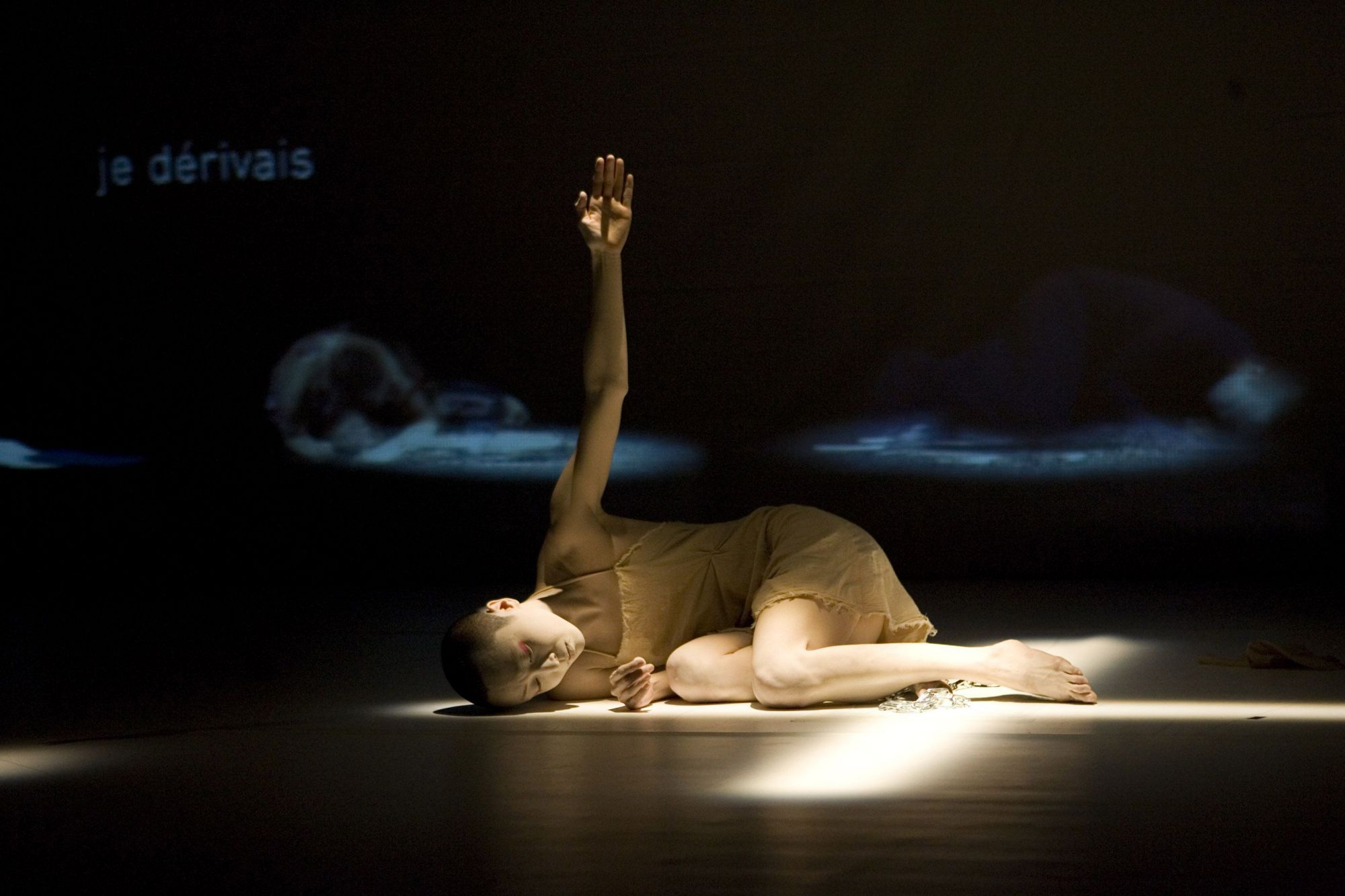 
Following the exploration of the loss, once again, the idea of the fall and the course is exposed, in a hazy zone. For the performance, in a vacuum, two characters confront their technique and purposes. The bodies draw a topography consisting of directions and areas. Two projection surfaces, the background and the foreground to support the image and text. A representation which oscillates between fight and game, before the collapse.
It is someone who can no longer remember what he was thinking. The origin of his ideas has become a reality external to him. The text which reports us that loss scrolls across a screen, in a changeable way. A voice is heard. It attempts to redefine a starting point, an origin, starting from the person himself. From where he is.

A.lter S.essio is a section led by Fabrice Planquette in artistic direction since 1998. Each project is the result of a specific research, interdisciplinary and interactive among the team. Fabrice Planquette worked mainly as sound designer and composer in the large field of experimental music, sound poetry, installation and performances. He was awarded the 2006 Villa Kujoyama grant in Kyoto.