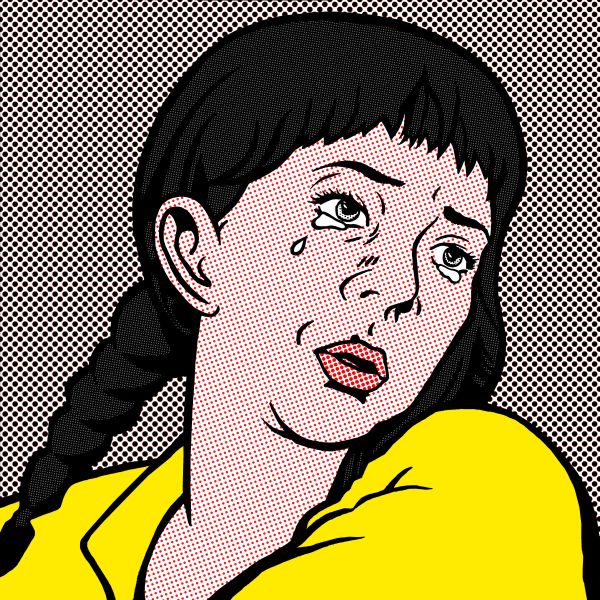 POONARC (Page Out of Order – Not About Romanian Cinema)

FILM SOURCES:
Stuff and Dough (2001) by Cristi Puiu; 12:08 East of Bucharest (2006) by Corneliu Porumboiu; Variations VII by John Cage: E.A.T. - 9 Evenings: Theatre Engineering (1966) produced by Julie Martin & Billy Klüver and directed by Barbro Schultz Lundestam; Before the Rain (1995) by Milcho Manchevski; Default Averted (1975) by Rudy Burckhardt; Eesti, Waveves, Desert (2000-2006) by Jacob Burckhardt; Beach, Hand, Eye, Tears (2005) by Hiroki Oishi; Up and Down the Waterfront (1946) by Rudy Burckhardt
All films are used with generous permission from the filmmakers.


The creation of POONARC: A Page Out of Order: Not about Romanian Cinema was made possible in part by
• the Danspace Project  2008-2009 Commissioning Initiative, with support from the Andrew W. Mellon Foundation.
Participation of US artists in Romania is supported by
• Mid Atlantic Arts Foundation through USArtists International with support from the National Endowment for the Arts, the Andrew W. Mellon Foundation, and the Trust for Mutual Understanding.
POONARC was created, in part, while in residence at
• Morishita Studio, Tokyo with support from Saison Foundation (Japan)
• Kaatsbaan International Dance Center in partnership with Danspace Project's Creative Residency Program, supported by the New York State Council on the Arts (USA)
• Casa de Cultură a Municipiului Arad (Romania).


Yoshiko Chuma, Artistic Director of The School of Hard Knocks, has been a creative force of New York’s downtown dance scene since 1980s; traveling and interacting with artists in more than 42 countries by now. POONARC: Page Out of Order: Not About Romanian Cinema, a dance, media and visually compelling work, brings artists together from three areas of the world: Japan, USA and Romania. Two inspirations for Chuma are the swarm of recent Romanian films she has seen in New York, and a hyper-realistic train ride from Cluj to Bucharest in Transylvania.  Seven foot cubes are used symbolically as compartments of a train. In each compartment, a different story is told by the dancers as footage from Romanian films is projected. Many stories, one train, same destination; but where to? 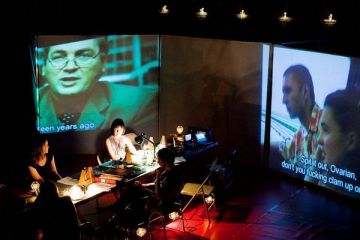 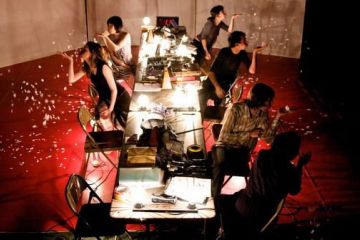 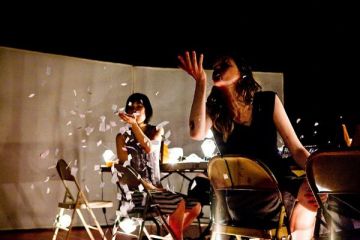 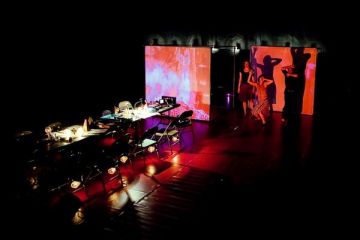 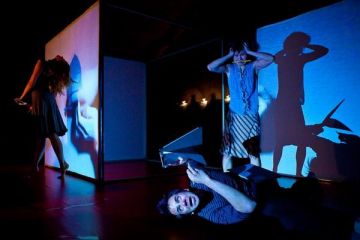