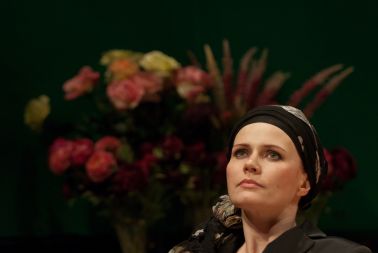 On Saturday, February 29, at 7 pm, a new performance of Hedda Gabler - directed by Andrei Şerban - will take place in the Studio Hall of the Hungarian Theatre of Cluj. Starting with this year, the role of Judge Brack will be taken over from András Hatházi by actor Gábor Viola.

“In a world of economic crisis where everybody talks only about salvation through money, about the fear of losing his or her social status, where love is lacking and conjugal relations are disastrous, where there are no other interests except material ones, nothing is left to the characters but to try to find meaning for their lives in these pseudo-values. In fact, they are mirrors for mankind today, of unfulfilled human potential. The question of the play is: can we live without ideals?” – stated about the production director Andrei Şerban, who also staged two other plays for our company, namely Uncle Vanya and Cries and Whispers, which also feature in the theatre’s current repertoire.

Subsequent performances of the Hedda Gabler will take place also on March 29, May 4 and 14. Tickets can be purchased at the theatre’s ticket office daily between 10 am and 2 pm, as well as online, at www.biletmaster.ro.