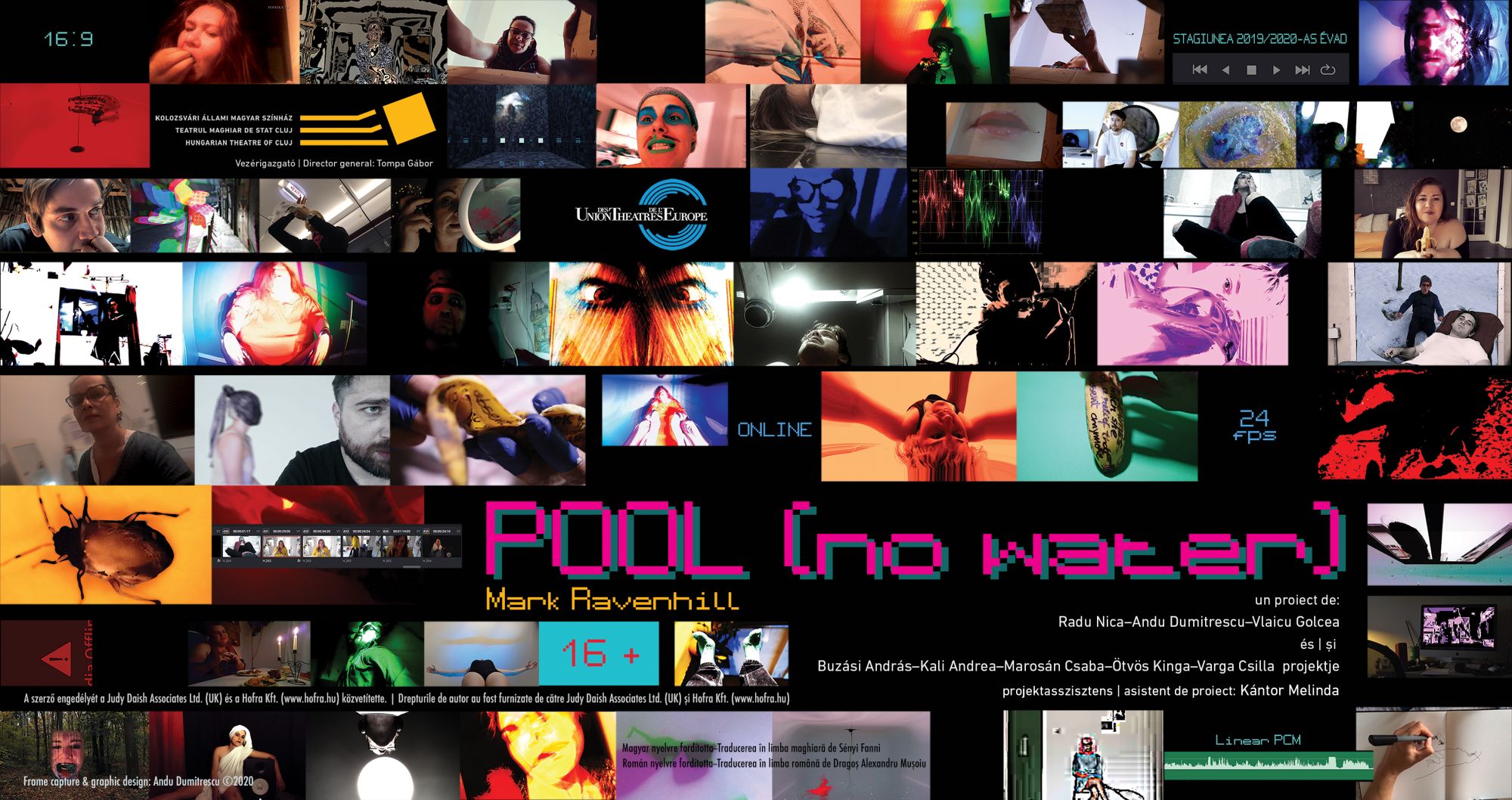 Tickets for the POOL (no water) online performance can be purchased at eventim.ro. The production will be available on the eventim.ro platform from June 10 to July 10. After your ticket purchase, Eventim will send you two separate e-mails: the first e-mail will contain your ticket and access code, while the second e-mail – which will be sent right before the opening – will include a link where the performance can be viewed upon inserting the unique code previously issued to you.

After several years the old gang has finally reunited. Back in the day, at the art academy, they were all inseparable. Since then, two of them have died, and one has made it big – her works are coveted by the world's greatest art collectors. She invites the other members of the group (those who have not gotten past the level of improvised exhibitions) to come to her luxury villa. On the very evening of the reunion, the hostess suffers a terrible accident. She spends a few weeks at the hospital, in a coma, surrounded by her friends who begin to gradually photograph her deformed body. Documenting the act of suffering can finally bring them their much coveted success. However, the "artistic object" awakens from her coma and claims her rights to the photographs. Once more, the prospect of failure presents itself for those who have not yet achieved success, therefore, they plan to get their revenge.