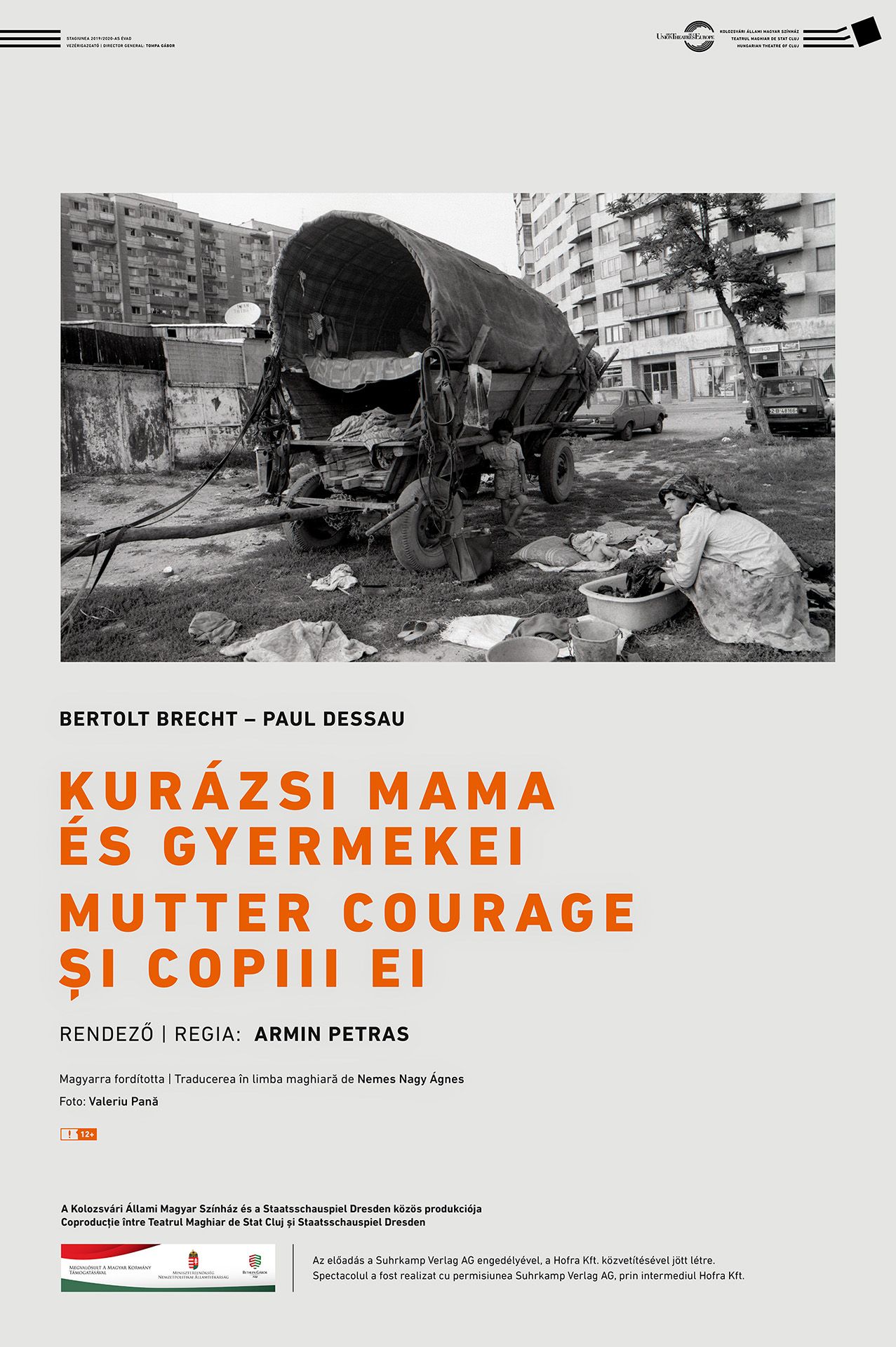 Mother Courage and Her Children

Júlia Laczó portrayed the rigid, calculating Mother Courage, in whom lies the following contradiction: her livelihood depends on the war, she is afraid that 'peace will break out', but the ones who fall victim to the constant fighting are precisely those for whom she toils – her three children. (…) The first, much longer act is based on the contrast between the rigid, tough Mother Courage and the occasional cabaret-like characters that pop up around her, including the camp prostitute Yvette Pottier, played by Emőke Kató, who lightens the tensions created by the war by directly addressing the audience.

In the war, Mother Courage (Júlia Laczó) lives off of the war, she refuses to notice anything about the horrors taking place around her, not even the loss of her three children disrupts or diverts her from her path. The sutler is only shaken by the peace that follows the conflict, since she can no longer sell her merchandise - there goes her livelihood. (…) Petras’ performance is not political, but the musical references and subtle emphases placed on texts that are still quite valid today reinforce the question that arises: where do we go from here?

It preserves Paul Dessau’s music, which, however, was subjected to alterations (hence the musical arrangement carried out by Thomas Kürstner and Sebastian Vogel), hence the particular contribution of the orchestra led by Katalin Incze, hence the impact of the choirs, they themselves just as monumental as the overall architectural image of the piece, enacted with a small number of high impact images, from here the solo numbers rendered by the extraordinary Kató Emőke, an unequaled, domineering Yvette, by Laczó Júlia, the powerful owner of the title role which she truly creates, of whose significance lies not only in her own personal track record and by Balla Szabolcs. Also noteworthy are the portrayals offered by actors Buzási András (Eillif), Márosán Csaba (Schweizerkas), Tőtszegi Zsuzsanna or Maria Tomoiagă (Kattrin). (...) Armin Petras preferred an angled set that makes an impression from the first moment - from what is called the installation space - through the laid out bodies, as if they were waiting for death. It is a space counterpointed by a vertical-type construction (a construction that mimics stairs made out of netting) which allows the director to portray a terrifying image of the war. Hence, praise is due for Olaf Altman’s set design, but also to Cinzia Fossati for the timeless costumes she has created.

Armin Petras's performance has one of the most carefully thought out cast I have seen in recent years. Mother gains strength and value, both as a character in itself, but also as a type only because Petras gave the role to Júlia Laczó, who offers viewers a true acting gem: from musical segments to her interactions with one or several other characters, from her physical expression that is carefully coordinated with her acting in a particular scene, to the amazing speed with which she alternates between states. Mother Courage will undoubtedly become one of the actress’ signature roles. Another remarkable character was the one portrayed by Emőke Kató, since Yvette Pottier is a rarely encountered mixture of frivolity and cleverness. The chaplain and the cook will also remain in the affective memory of the viewers, as Szabolcs Balla and Ferenc Sinkó respectively, impressed audiences with the finesse with which they added detail after detail to the characters. As for Zsuzsa Tőtszegi, Mother’s mute daughter, she is authentic to the end in her perpetual muteness and suffering.

The performance was created with permission obtained from Suhrkamp Verlag AG, via the intermediary Hofra Kft.

The whole of Europe is ravaged; the continent is dominated by the chaos of the Thirty Years’ War. In the midst of all of this devastation is Mother Courage, the indestructible sutler, with her covered wagon as she goes from one military camp to another. In spite of all the hardships, she would not want anyone to spoil her enterprise and ruin her war: the threat of peace would only jeopardize her booming business, while she has three children to raise. At first, her honest son, Schweizerkas, is the one to appear before a military court, since Mother Courage bargains too much on bribing those who could release him. He is followed by the sharp minded Eilif, and eventually even the mute Kattrin is shot as she performs her last heroic act. Mother Courage continues to follow the army and the war around, as the next business opportunity lies right around the corner.

Bertolt Brecht wrote Mother Courage and Her Children shortly before the outbreak of World War II, while he was in exile, in Sweden. Not only did he draw powerful images from the history of the Thirty Years’ War to describe the imminent destruction of Europe, but he also pointed out that wars were first and foremost “waged based on the fear of God, for all that is good and beautiful” – nonetheless, victory is counted in the cash registers, not on the battlefield.

“Mother Courage and Her Children is about the life of a single woman who goes through the Thirty Years’ War of the 17th century as a victualler, alongside her children. The war provides her with a livelihood, but at the same time, it takes away all three of her children. Mother Courage does not change: she learns nothing, she does not regret anything. She can always move on. Brecht and Dessau’s play is a great tragicomic ballad about the meaninglessness of life, and the joy of life that will not disappear, not even in the most difficult of times. Because you have to keep on singing, dancing, and loving even when everything around you collapses. Nevertheless, the uninterrupted momentum of moving on also means that everything will remain just as it was.” 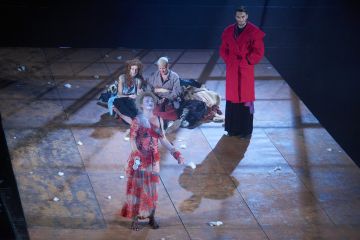 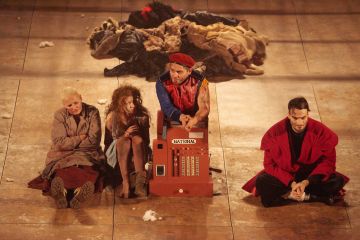 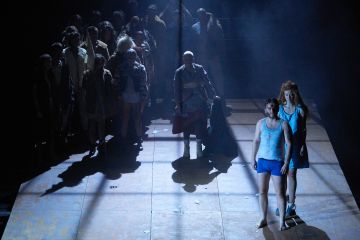 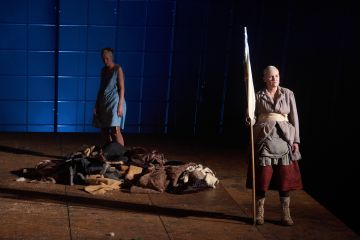 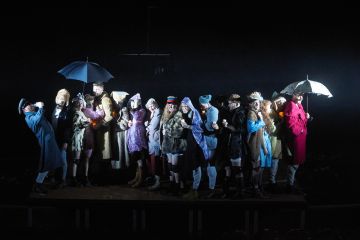 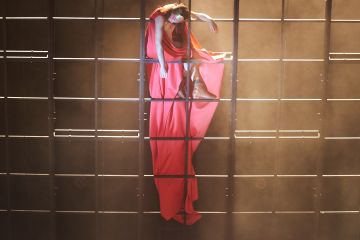 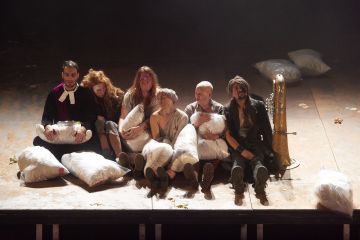 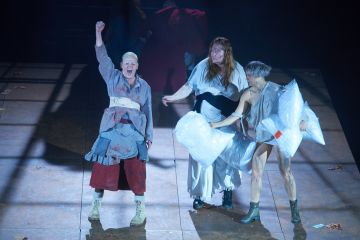 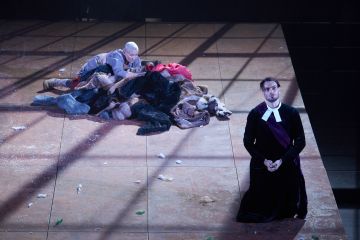 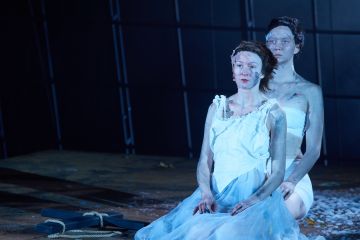 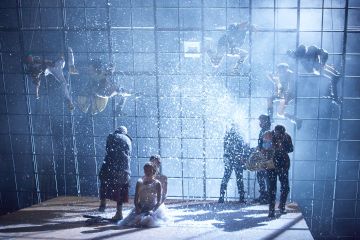 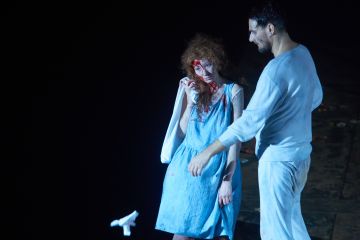 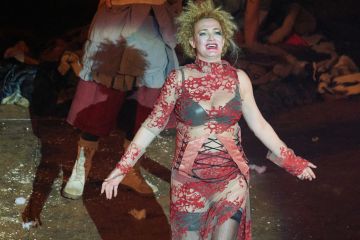 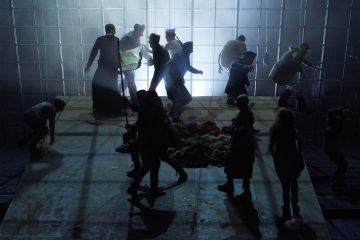 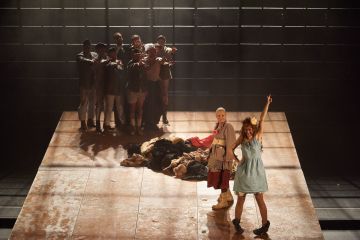 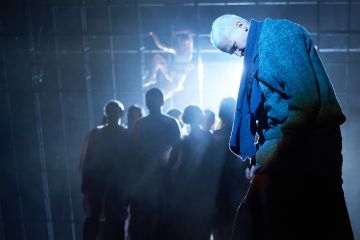