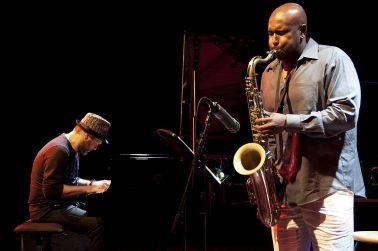 Their collaboration began in New York in powerhouse ELEVATION 4tet featuring drummer Eric McPherson & bassist John Hebert and the music has been called “a triumph of emotional and musical communication” by Al l About Jazz. Their latest album Songs From Afar (Sunnyside) received 5* stars in Downbeat and was named a DOWNBEAT BEST ALBUM OF 2016. BLACKSALT has performed from Dizzy’s at Lincoln Center in NYC to Paris to Eastern Europe and countless more venues bringing together two traditions, two musical worlds, and many musical elements in a unique identity that truly spans continents and styles.