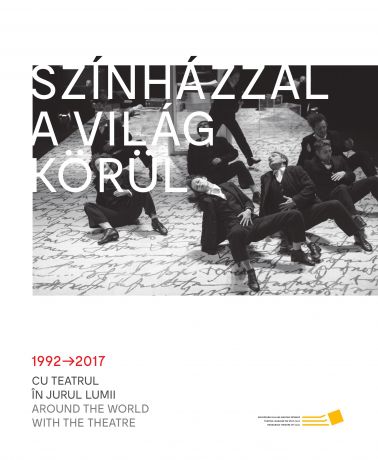 The album, made up of the personal photo archive of the company and the reviews published in the international press, presents the most important international tours of the Hungarian Theatre of Cluj. The material covers the period between 1992 and 2017, beginning with the first significant foreign guest performance of the theatre after the fall of communism to our current events. The international success and recognition of The Bald Prima Donna - directed by Gábor Tompa -, heralded a new direction for the theatre company.

With simultaneous translation into English.