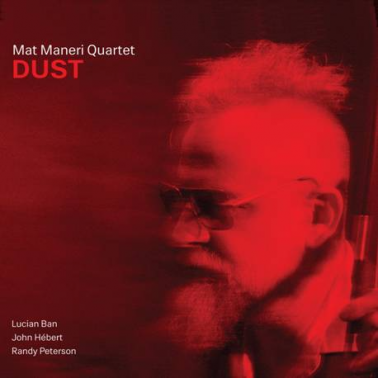 Violist Mat Maneri envisages his music as one of activity in stasis, or motion within stillness. His music continues from the lineage of master improvisers Paul Bley and Paul Motian (with whom Mr. Maneri has played in the past) with a sound that is distinctly his own and developed over years of discovery and practice. Maneri's new recording, Dust, showcases his stirring playing alongside an ensemble of communicative and exploratory musicians. Released late 2019 by Sunnyside records Dust features Maneri’s stunning original music in a program of open-ended compositions that showcase his unique marriage of jazz and microtonal music, and has won instant critical acclaim in The Rolling Stone, The Wall Street Journal, Jazz Times, All About Jazz, etc.

Over more than a quarter century career Mat Manerihas defined the voice of the viola and violin in jazz and improvised music. Born in Brooklyn in 1969, Maneri has established an international reputation as one of the most original and compelling artists of his generation, praised for his high degree of individualism, and his work with 20th century icons of improvised music.

The ensemble features Maneri’s longest collaborator, drummer Randy Peterson, with whom he has been playing since the late 1980s in Boston and with whom he has a near telepathic musical connection. Pianist Lucian Ban has been a close associate for the past decade and an important springboard for ideas. The ensemble needed just the right bass player to balance it out and John Hébert fit perfectly.

About Mat Maneri and Lucian Ban

Mat Maneri and Lucian Ban first worked together in 2009 on Enesco Re-Imagined, a third stream extravaganza that was dedicated to the music of the great Romanian composer George Enesco. The album was recognized by several in the media as one of the top albums of that year. JazzTimes wrote “Enesco Re-Imagined is visionary third-stream music.” Maneri and Ban’s duo, Transylvanian Concert, released by ECM in 2013 won critical acclaim on both sides of the Atlantic, including several best of the year lists. The Guardian noted Transylvanian Concert’s “Own kind of melancholy beauty and wayward exuberance”, and The New York Times called it “a lovely and restive new album,” while AllAboutJazz.com hailed its “Moments of unanticipated beauty.”

As a young musician, Maneri was influenced by the sounds of his childhood home. His father, saxophonist and composer Joe Maneri, was on faculty at the New England Conservatory, and colleagues like Ran Blake, Jimmy Giuffre and Gunther Schuller were frequent visitors. In 1990, Mat co-founded the legendary Joe Maneri Quartet with his father, drummer Randy Peterson and bassists Ed Schuller and John Lockwood. The quartet’s recordings for ECM Records, Hatology and Leo Records were widely acknowledged by critics and fellow musicians as among the most important developments in 20th century improvised music. Maneri’s 1999 solo debut on ECM Records marked his emergence as a musician with a singular, uncompromised voice. Pianist Matt Shipp called him “one of the five greatest improvisers on the planet”, reflecting a growing consensus of Maneri as a central figure in American creative music. Since then, the long list of musicians with whom he has worked includes icons such as Cecil Taylor, Paul Bley, Paul Motian and William Parker, as well as influential bandleaders such as Joe Morris, Vijay Iyer, Matthew Shipp, Marilyn Crispell, Joelle Leandre, Kris Davis, Tim Berne and Craig Taborn. Maneri’s recordings as a leader (trio, quartet and quintet) have been documented on Hatology, Aum Fidelity, Leo Records and Thirsty Ear.

Maneri posses an immediately recognizable sound and approach which marries the distinct worlds of jazz and microtonal music in a fluid, remarkably expressive fashion which The Wire dubbed “endlessly fascinating.” Over the course of his career, Maneri has worked with 20th century icons of improvised music including his father Joe Maneri, Cecil Taylor, Tim Berne, William Parker, Craig Taborn and many others.