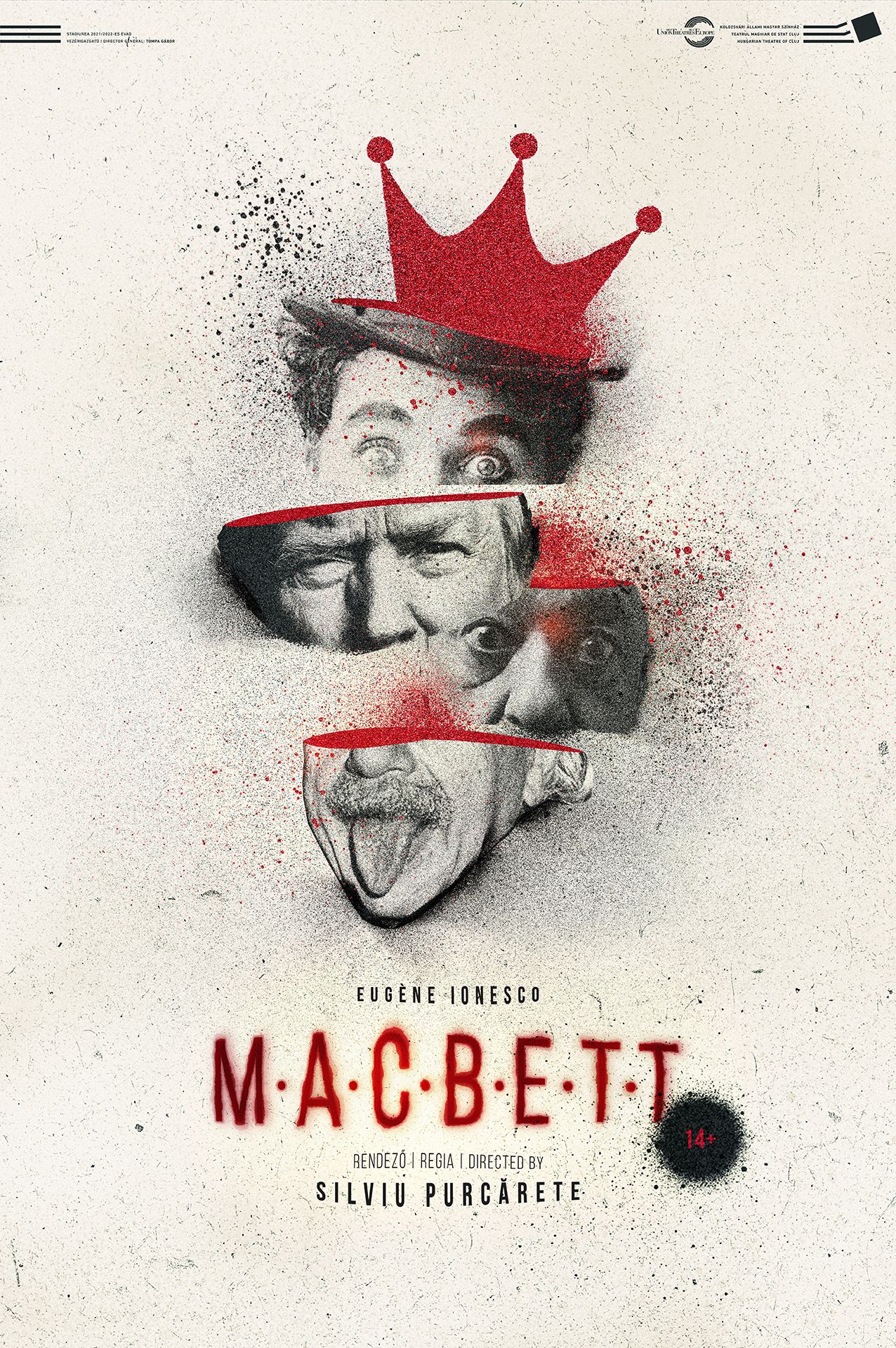 The visual and poetic universe is made up of the light which becomes a character, projecting states and emotions – white-cold, neutral, blue, green –, the subconscious, dream-like plane, of the collective monochrome and synchronous characters such as the automated repetition of gestures and lines, the clown in the bowler hat, a bashful character who, at the same time, is the glue holding the dramatic scenes together, the naturalist elements with grotesque brushstrokes, with bloodied severed heads hidden in nylon bags, a paper crown and a miniature throne as a children’s stool in a whimsical, unrealistic, caricature-like manner.

The suggestive elements and scenic effects that, alongside the musical compositions of Vasile Șirli running the gamut of opera to cabaret transpose you at times into the dreamlike world of Magritte (the man with the bowler hat and lacking a head dancing with the man with the butterfly net), at times into the desolate and expressionist universe of Alfred Kubin (the drawings on the throne decorations), or, at times, into socialist realism (the paintings of people leading the world, yet ironically, alternating with Einstein, Chaplin, and, in the end, with Ionesco).

Yet in all of us lives an invisible anarchist who secretly refuses everything that comes from “up there”, though only rarely chancing upon the truth on their own. Thus are alliances opposing power born, only for the ones taking over to become oppressors themselves. And this is the central motif of Ionesco’s play as well: Macbett (Bogdán Zsolt) and Banco (Viola Gábor) rise up against Duncan (Bács Miklós), only to become the same as their hated and toppled leader. The struggle for power would be nothing without gorgeous Lady Duncan (Vindis Andrea), the widow, who makes use of peculiar tactics. The final scene of the show calls attention to Purcărete’s genius. As if witnesses to a contemporary call to arms, the power-hungry candidate – Macol (Bíró József, re-joining the company) – preaches on as the world collapses around him (the set dressers literally tear down the scenery around the drivel-spouting figure). The fact he is left alone dishing out and hearing his promises and lies does nothing to bring the demagoguery to a close. It is a stupefying ending to a show that viewers will cherish among their memories for a long time.

Date of the opening: October 13, 2021
Ionesco's Macbett is not a simple parodic, inside out reversal of Shakespeare's masterpiece, but an x-ray as well as a revelation of the type of brutalized public life that has become close to being absurd. The play presents, through relentless murder, public life that is animated and pushed into the realm of chaos by constantly stimulated hostility. At the same time, Ionesco's Macbett talks about the absurdity of conspiracies. He addresses today's spectator with surprising acuity. "Shakespeare's Macbeth is a monster, while also being a puppet at the same time, of course, and Lady Macbeth is also a monster herself. My Macbett is not a monster. He's just as cowardly, vile and power-hungry as Duncan, Banco, Glamiss or Candor. He's an ordinary man." - says Ionesco about his caustic play that displays the intellectual and moral hollowness of man. It draws our attention to the fact that the political realm, ever since the Cold War years, is invaded by dozens of petty characters, devoid of ideas, who cling to power with bloody nails and who see no further than the obtuse logic of defeating and destroying their political opponent. The chance that arose in the 1930s - that clowns permeated by their obsession with power, and who engage in politics under the spell of bloodbaths to be brought to power through free elections - is not a thing of the past, but an ever-present temptation that we better face rather than continue to repeat its horrors, permeated by the illusion of perceiving ourselves as being enlightened.
András Visky 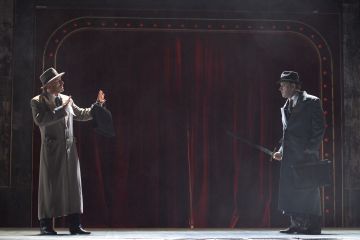 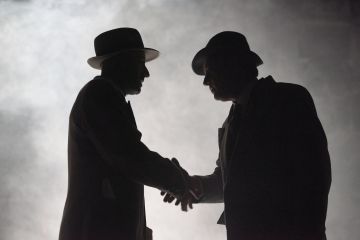 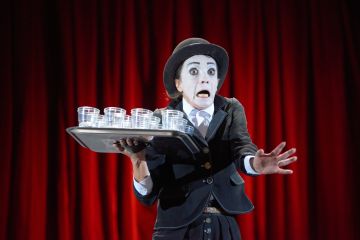 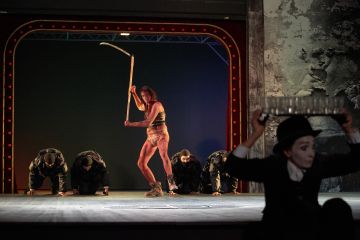 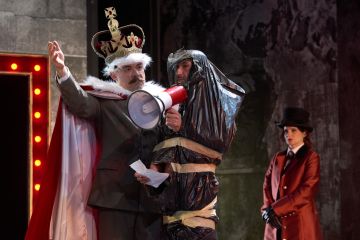 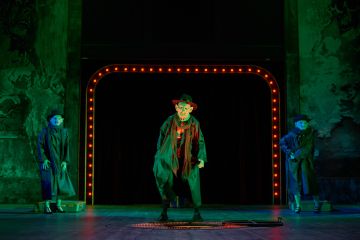 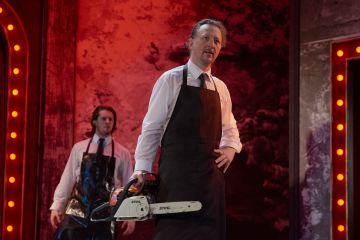 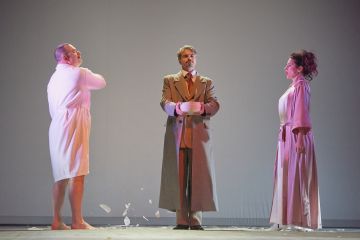 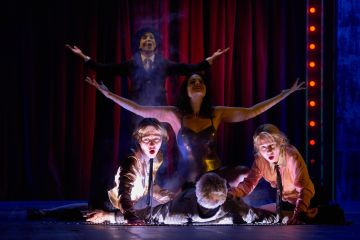 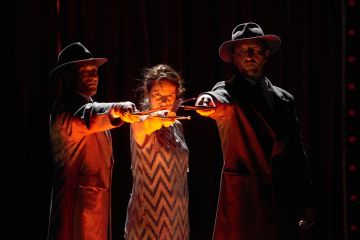 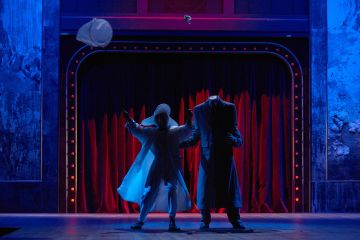 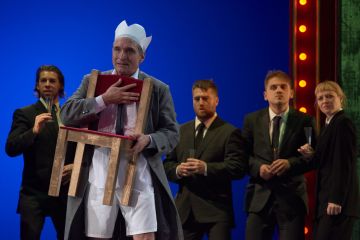 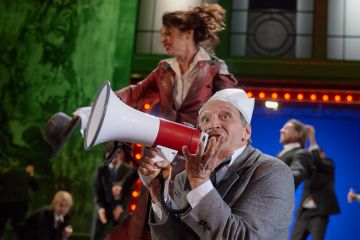 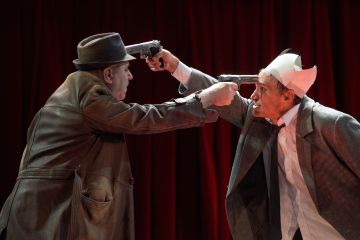