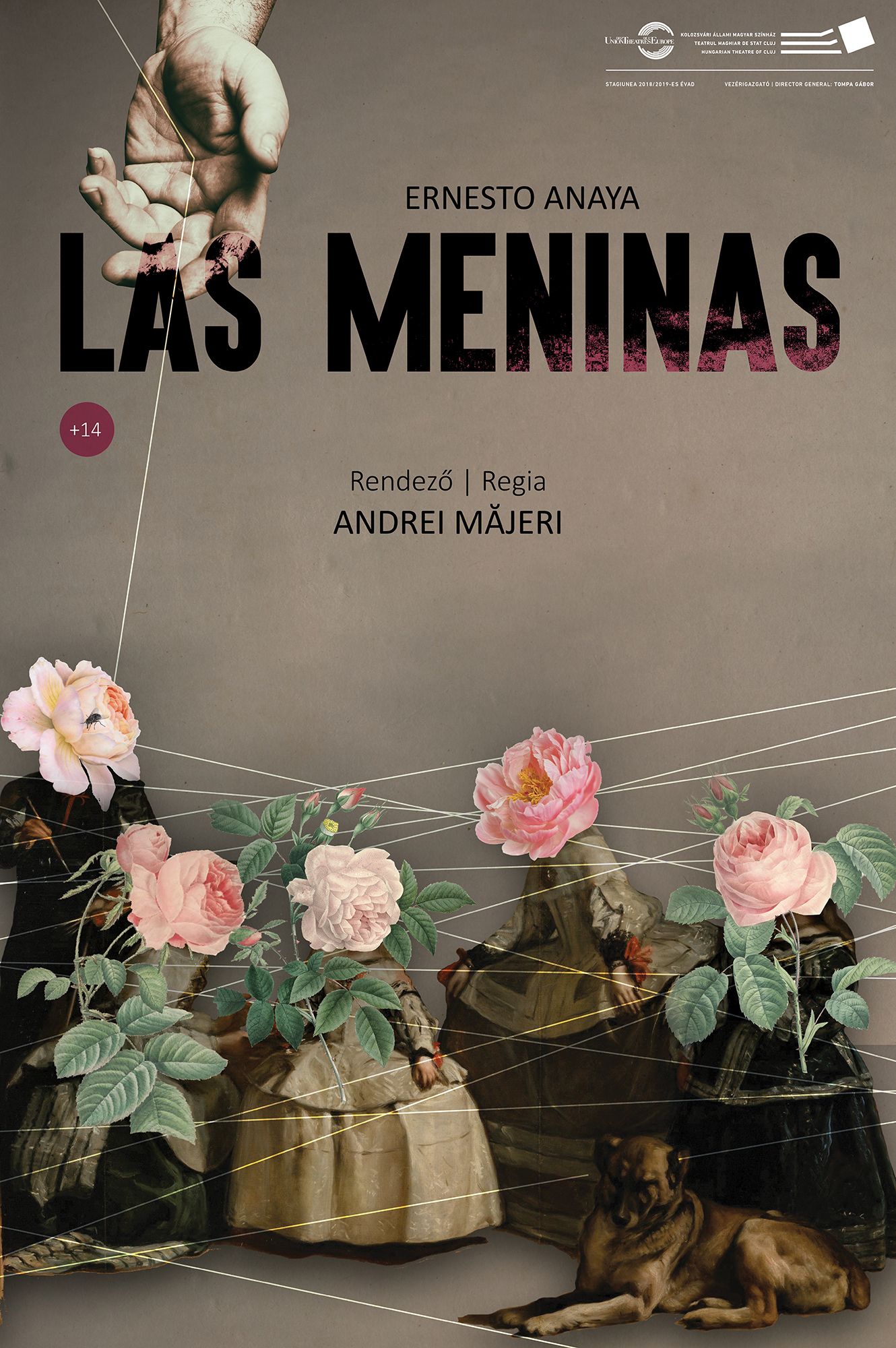 1h 50' without intermission
Velázquez
Ervin Szűcs
Infanta Margarita
Éva Imre
Maribárbola
Ferenc Sinkó
Menina 1
Gizella Kicsid
Menina 2
Emőke Kató
Choir
Andrea Vindis
Loránd Farkas
Róbert Laczkó Vass
Csaba Marosán
directed by
Andrei Măjeri set design
Irina Chirilă costume design
Lucian Broscățean sound design
Adrian Piciorea musical coordinator
Katalin Incze G. illustration, prints
Ágnes Keszeg director's assistant
Alpár Fogarasi choreography
Attila Bordás fencing
Péter Habala costume assistant
Cherecheș Carmen accessory
Diana Flore digital prints
Westiment lights
Sándor Maier sound
András Makai stage manager
Pál Böjthe
Las Meninas is a performance entirely assumed by Andrei Măjeri, thoroughly thought out and designed on all the narrative planes... The mobility (which tends to become the director's trait) converted into a sort of readiness to work with the actor - actors' entrances and exits together with the set’s mobility provides the viewer with the societal frame / necessary framework to understand the causes of the appearance of the Las Meninas painting.
Nona Rapotan: Conștiința nu doare sau despre Las Meninas de la Teatrul Maghiar de Stat Cluj
[Conscience Does Not Hurt or Las Meninas at the Hungarian Theatre of Cluj]
, bookhub.ro, 30 martie 2019
The principal theme of the production remains an aesthetic one, relative to the relationships between an artist, the present and future society, but also the interior contradictions of a creator... The costumes are not only beautiful, and merely perfectly integrated into the era and the spirit of the performance, but they also become genuine complements of the set... It is also worth mentioning the attention and inspiration regarding the choice of musical interludes - three in total - one better than the other. To whose success all the cast contributed.
Mircea Morariu: Post-post modernism și coerență [Post-post Modernism and Coherence], yorick.ro, April 9, 2019
Date of the opening: march 29, 2019

Las Meninas by Ernesto Anaya, a play marvelously portrayed by the excellent actors of the Hungarian Theatre of Cluj, speaks about the artist's condition, creating a dialogue between the Spanish Golden Age and postmodernity. In both of these “the world is an image” and “image is everything”. Originality is the main trait that characterizes the structure and mechanisms of the text.

In a historical but highly fictionalized type of society that is at its highest point before declining, the ultimate whim is the desire for immortality. A brilliant painting turns out to be the only salvation. However, the protagonist and the target of all those around, namely Diego Velázquez, perceives the respect of posterity in a different manner. He gives up his painting job (an occupation which was not considered to be an art form in that age), and chooses a more serious profession – that of the manager of the palace - and awaits years until receiving his most important order. The infanta and others wish to be immortalized in a painting that is “more beautiful than the Mona Lisa”. And thus, the two universes collide repetitively, in notes encompassing tragedy, comedy and parody alike.

The erotic fascination experienced by the two sexually immature girls concerning the Inquisition; the somersaults of a devalued princess by way of invoking absolute absolutism, the prophecies of a transvestite dwarf, and especially the persecution complex present within the royal court, all of these provoke a domino effect of farces that lead to reigniting the genius painter’s inspiration. Blackmail, denunciation, influence peddling, ritual and magic are all employed. The directorial approach introduces unconventional casting for the characters; the play is staged in an empty space. Slaves and masters, in perpetual role changes, reflect the nuances of deformed human beings. We are in their midst, being interrogated, mirrored, challenged.

“All is death reborn. A journey towards extinction, towards the end.” 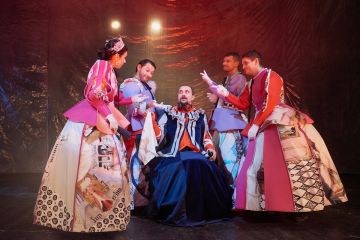 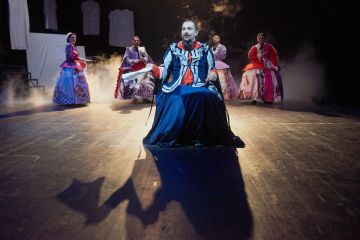 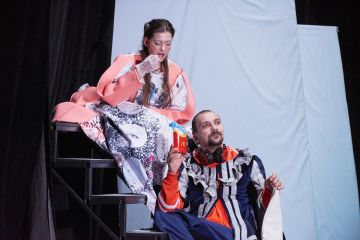 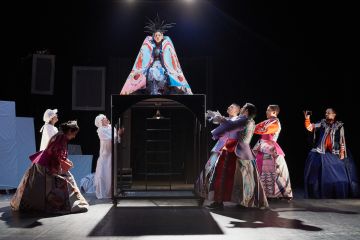 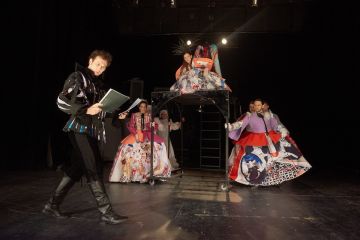 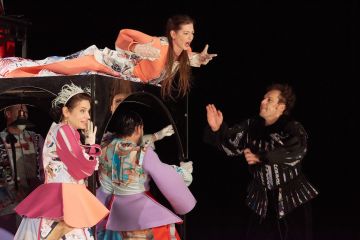 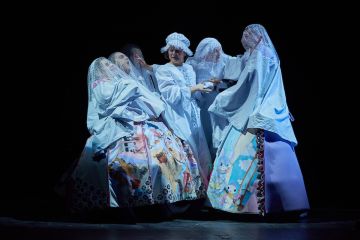 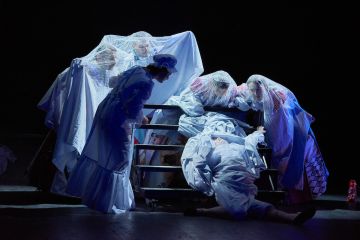 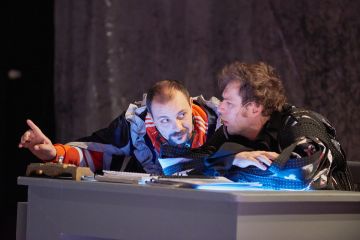 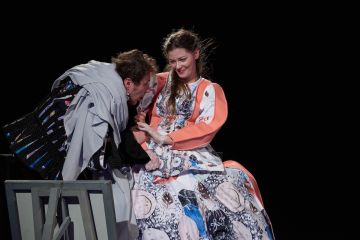 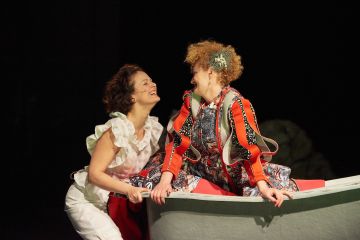 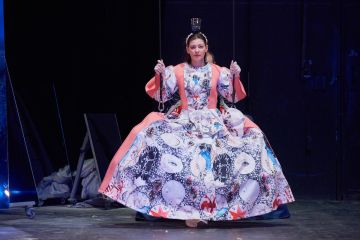 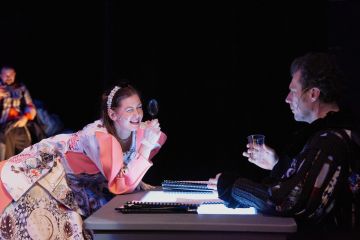 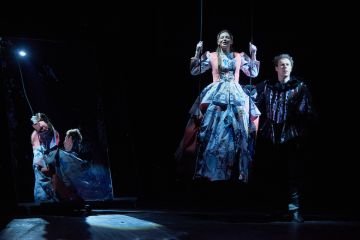 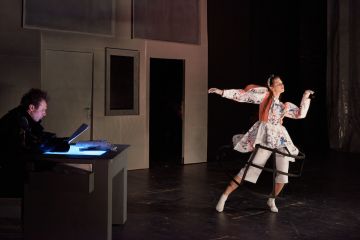 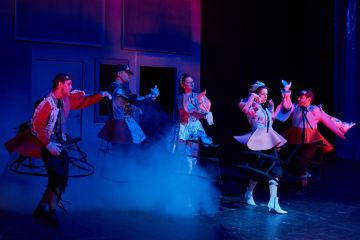 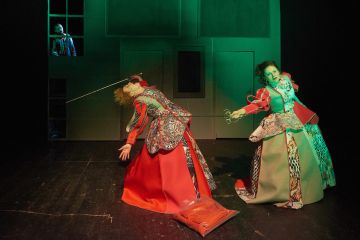 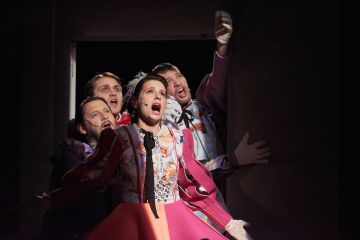 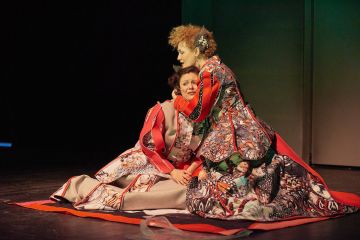 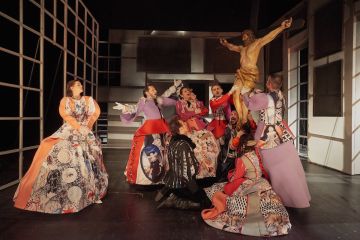 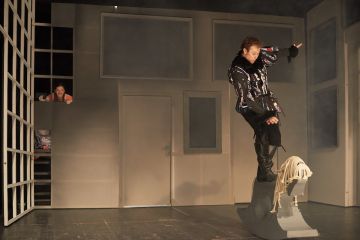 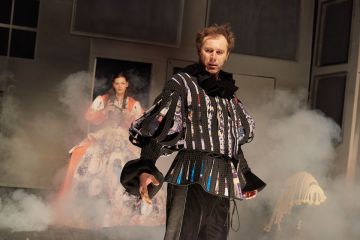