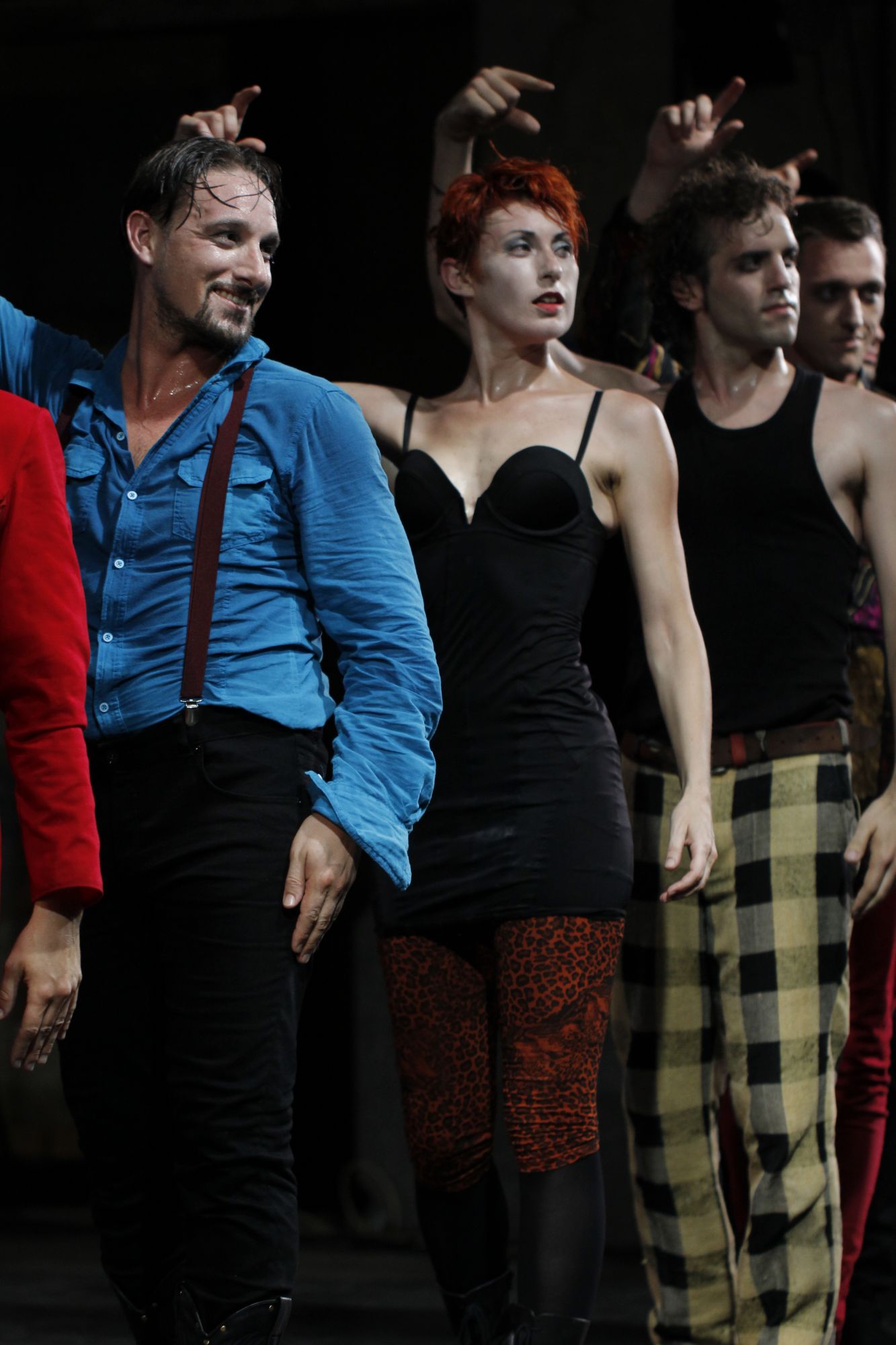 Date of the opening: december 04, 2014
Kafka used to say that sometimes he had the notion that there were borders passing through his body. The great genius from Prague was not alone in this feeling of constriction because we ourselves are trapped in political, economical, religious structures dividing us and making us unhappy, limiting our freedom of movement and expression, and robbing us of our dignity. Kafka comes to our rescue to help us become aware of the problem of our time. This is a show that wishes to honour the accession of Croatia to the European Union, which basically prompts reflection on the meaning of borders, real or imaginary, on the connection between a person and statehood, the individual and the law and the relation between the government and the everyman. Borders that this show is about are also the secret and most intimate ones that bridge our thoughts and set our actions free. Scene choreography shall have the priority over the spoken word.
Copyright © 2020 Hungarian Theatre of Cluj. All rights reserved