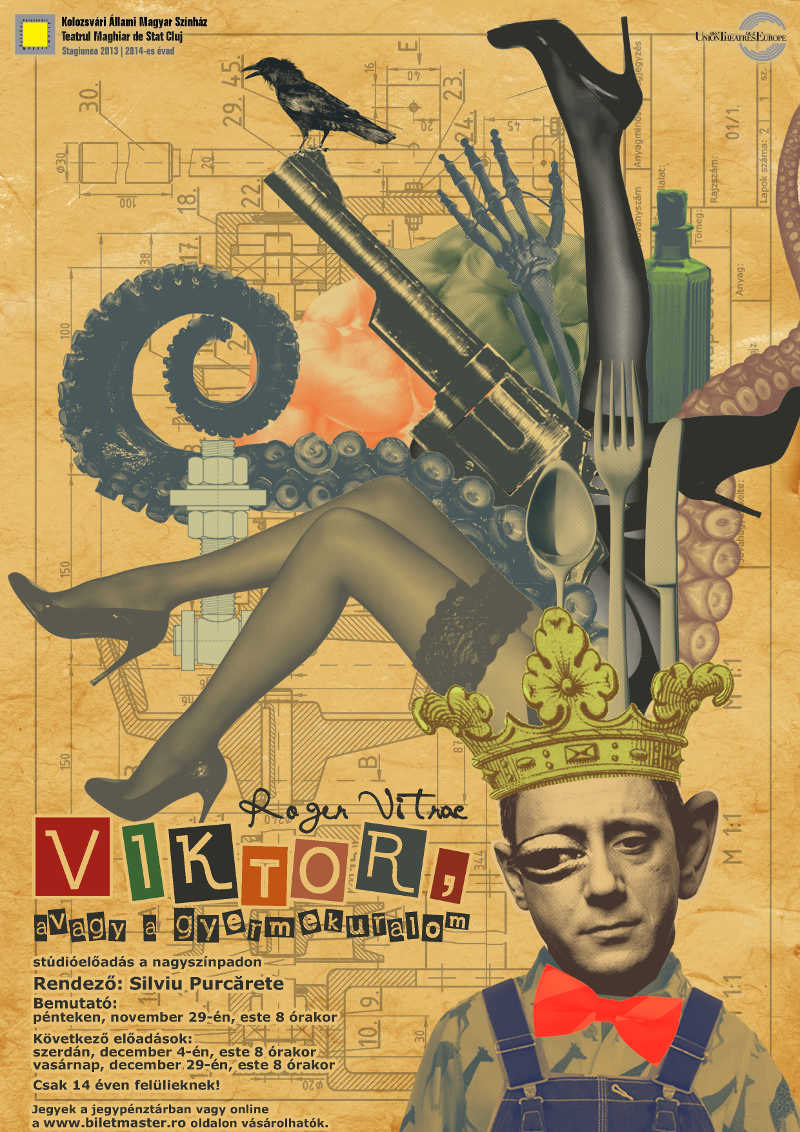 Victor, or Power to the Children

2h with intermission
Victor, nine years old
Áron Dimény
Charles Paumelle, Victor's father
Zsolt Bogdán
Émilie Paumelle, Victor's mother
Emőke Kató
Lili, Paumelle's maid
Csilla Varga / Gizella Kicsid
Esther, six years old
Csilla Albert
Antoine Magneau, Esther's father
Ervin Szűcs
Thérèse Magneau, Esther's mother
Andrea Vindis
General Louségur
József Bíró
Madame Ida Mortemart
Imola Kézdi / Enikő Györgyjakab
Doctor / The mute lady / Maria, maid
Levente Molnár / András Buzási
directed by
Silviu Purcărete set and costume design
Dragoş Buhagiar music composed by
Vasile Şirli musical consultant
Katalin Incze G. director's assistant
István Albu set designer`s assistant
Petre-Tiberius Trifan set designer`s assistant
Vladimir Iuganu stage manager
Petre-Tiberius Trifan
The performance received the award for Best Performance of the Year 2013 from the UNITER (Romanian Theatre Union).
Date of the opening: november 29, 2013
Avantgard trends and surrealism firmly reject traditional genres. In principle, they reject theatre as well, because for them it means nothing other than a commercial enterprise that serves the needs of civil society. However, they do not refrain from using the means of theatrical expression occaisonally. At the same time, they consider it unacceptable if someone is interested in theatre more seriously and for an extended period of time.So, Monsieur Roger Vitrac had been an outstanding member of the surrealists until he started writing plays. He even founded a theatre, together with Antonin Artaud and Robert Aron. They established Théâtre Alfred Jarry which functioned from 1926 to 1930 and which was the most revolutionary theatre of the first half of the twentieth century. As a consequence, the surrealists excluded Vitrac from their group.
Despite this exclusion and excommunication it’s undeniable that the Vitrac play, Victor or Power to the Children, presented on December 24, 1928 is a surrealist drama, or at any rate it is permeated too much by the stylistic characteristics of surrealism.
If we look at the cast of the play, it may seem that we are dealing with a boulevard play very common in contemporary Parisian theatres at that time. However, when we discover that the main hero, Victor, who is celebrating his ninth birthday, is five foot eleven inches tall, we start to suspect that we are being presented with something other than a realistic representation or imitation of bourgeois life. Already in the first scene there is a series of provocations as Victor manipulates the maid and breaks a valuable Sèvres vase. He also accuses her, saying that she provides sexual services for her employers. The illusion of bourgeois life and values falls into decay in minutes, and the image of this world turned upside down is emphasized by the conversation between maid and child:
LILI: “Victor has gone mad. A child does not behave like this.”
VICTOR: “There’s no child here. There never has been!”
We are faced with a ruined world lacking values and where adults quote long passages from the Larousse Encyclopedia. They all speak at once and behave like children. We are not surprised that Victor plays at riding horses with General Louségur who was invited for dinner; that parents give vent to their sexual desires and cheat on each other in front of their children; that it’s Ida, a lady who accidentally wanders off and breaks wind, who induces real emotions in Victor; that everybody becomes confused after her departure; that human behavior is unpredictable; and that the functioning of language contradicts the rules of the common wit.
Everything suggests the trademark of surrealism: that life in fact is just a dream, a hallucination, hypnosis. 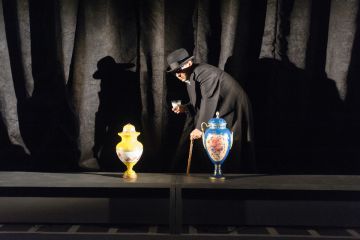 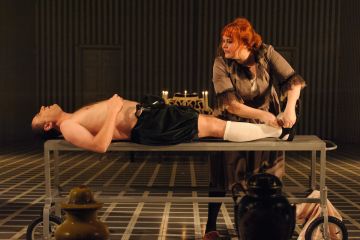 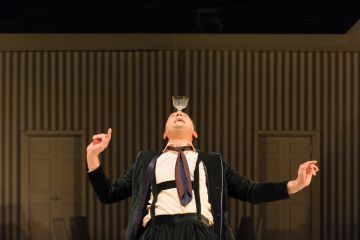 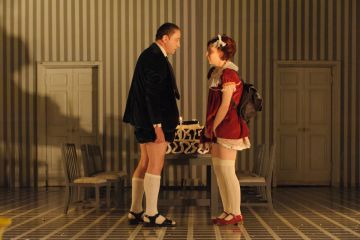 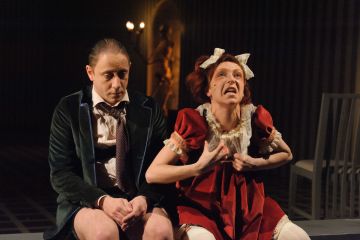 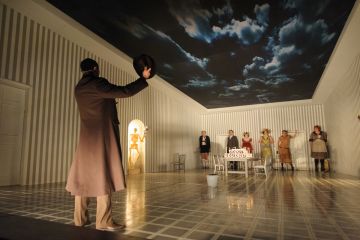 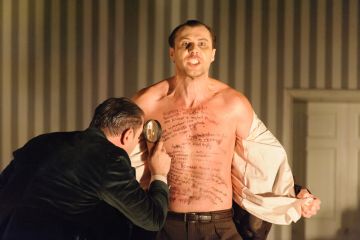 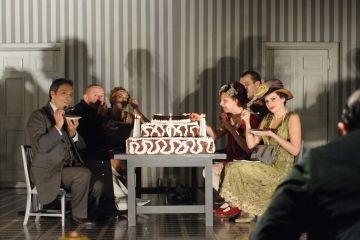 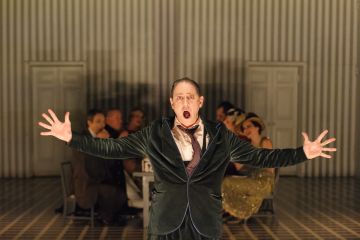 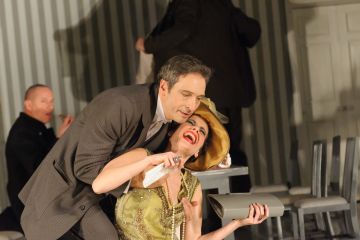 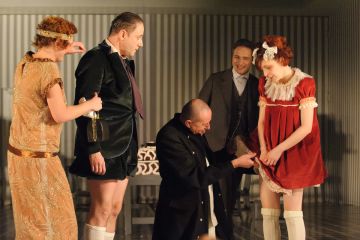 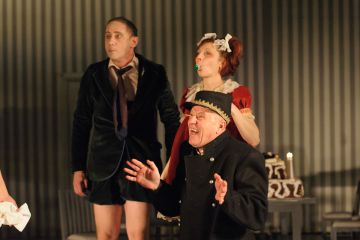 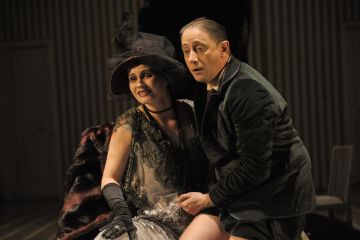 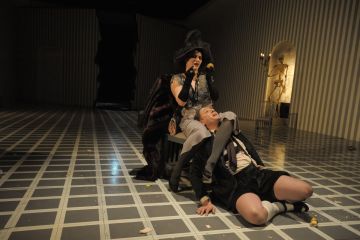 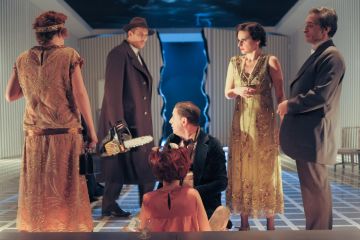 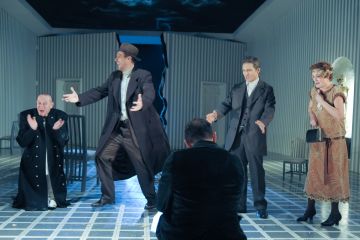 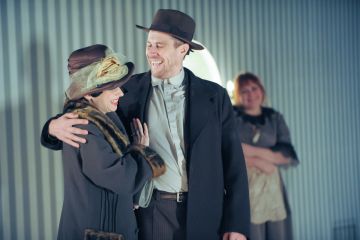 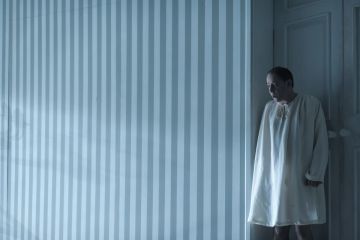 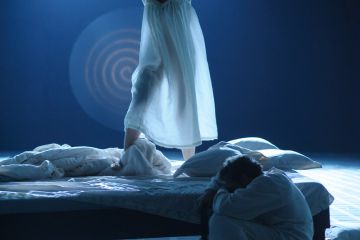 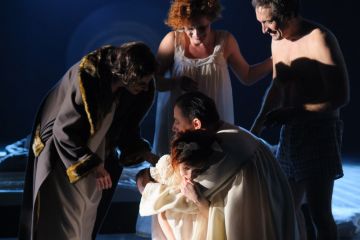 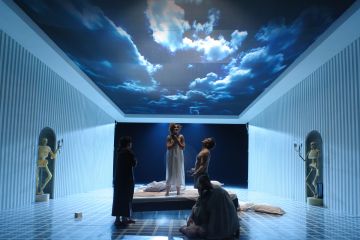 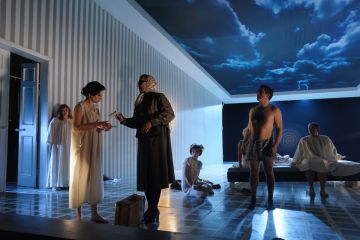 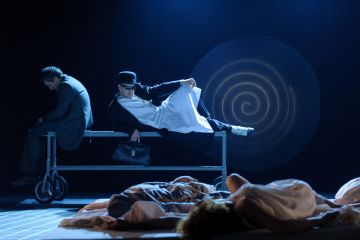 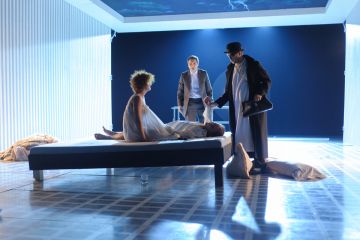 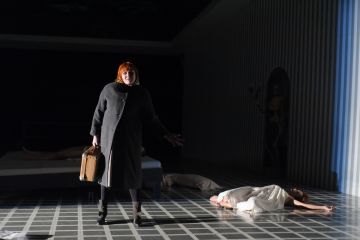