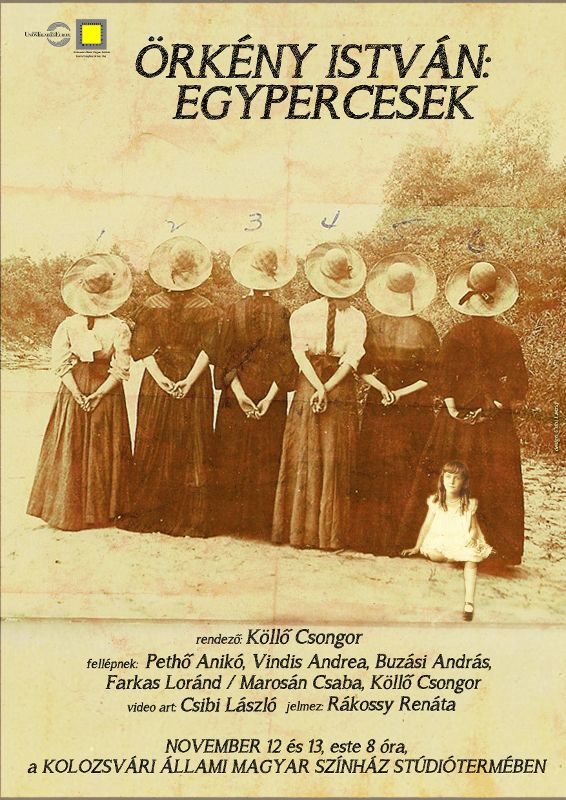 István Örkény wrote very good plays. However, we adapted to stage his One Minute Stories. This may seem a paradox. But even Örkény had an inclination for paradoxes, because he recognized that the whole world is a big... paradox.
Reading these stories, their playfulness and theatrical form was striking. So we decided to play with them. Peter Brook, the famous theatre director, said: “I can take any empty space and call it a bare stage. A man walks across this empty space whilst someone else is watching him, and this is all that is needed for an act of theatre to be engaged.” Only the body of the actor has to appear (and the refined inner world and persuasive force inhabiting it). The rest – mountains, seas, houses, rain, snow – is always added by the spectator using his or her imagination. In this way, the viewer is also an artist. However, theatre and the theatrical theme (this time, Örkény) is just a pretext (for actors and viewers alike). A pretext to let our fantasy free and to drift away from reality, from Örkény, from the shopping list. So that at one moment we might laugh together, and at another we might be shocked.
We first presented the One Minute Stories on March 27, 2011 on World Theater Day, as a (quasi)reading performance. Now, on the occasion of the Örkény-year (the 100th anniversary of the writer’s birth) we are reviving it again. All reading has disappeared from it since the first version. What has been left? The theatre remained, the performance remained, the stories adapted to film, and the guaranteed amusement have remained too. Come and know or rediscover this writer of ours and his wonderful sense of humor!
Csongor Köllő 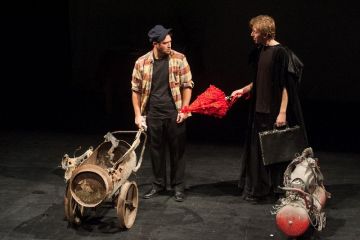 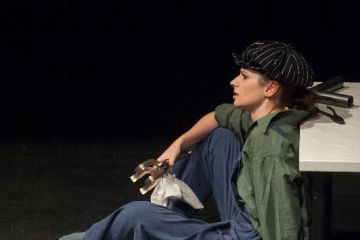 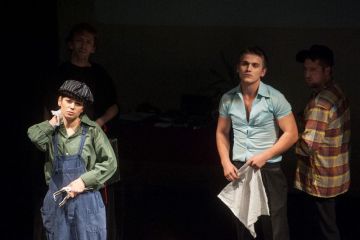 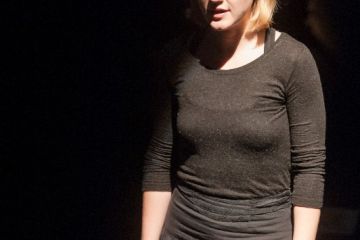 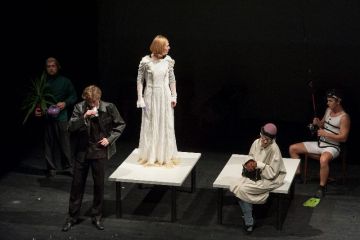 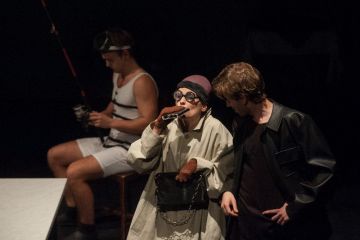 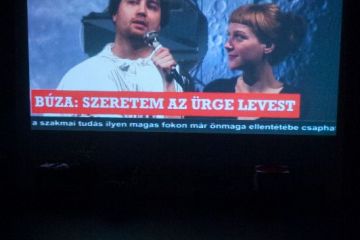 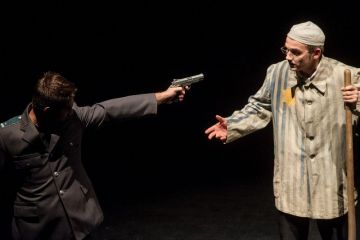 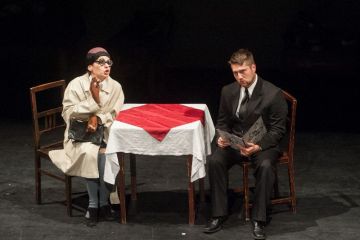 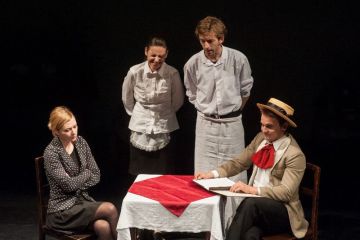 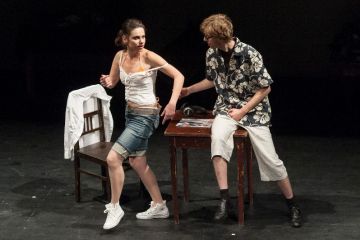 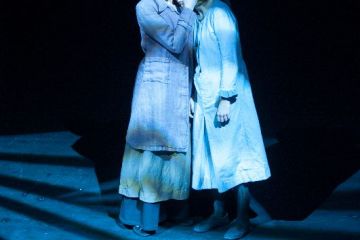 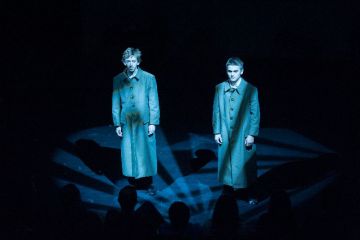 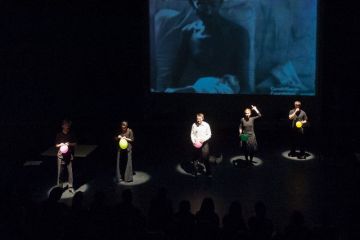 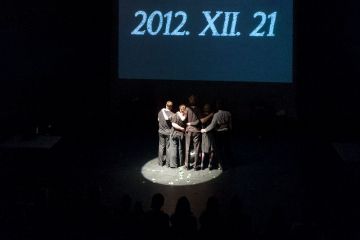