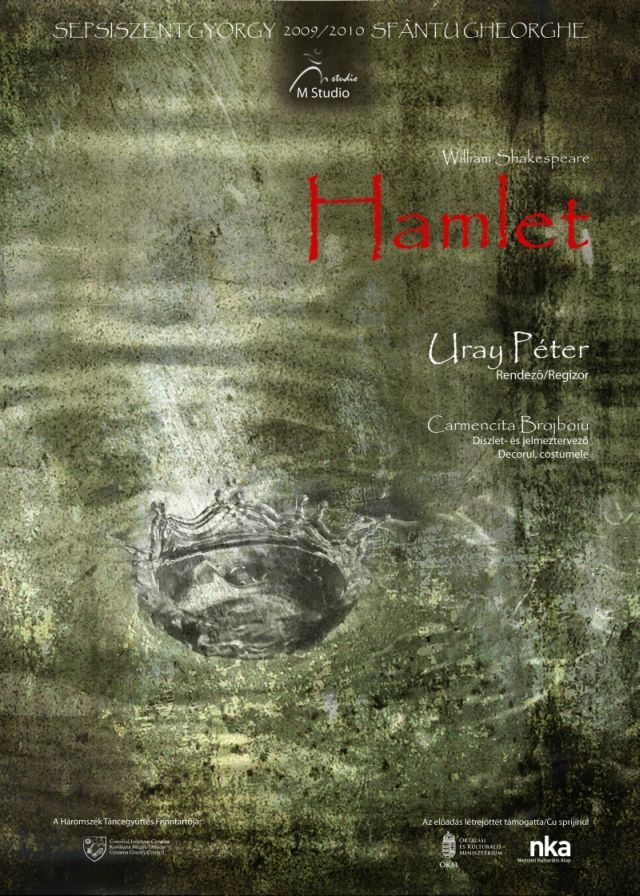 Performance of "M Studio" from Sfântu-Gheorghe

Date of the opening: May 14, 2010
Physical theater performance
“It's an almost impossible attempt to create a performance of "movement theatre" based on Shakespeare's Hamlet. The play is dominated by words to such a degree, that the actions and the non-actions are shaped by the language. The words offer the possibility for the actors to ask questions referring to the world and to themselves. Words are also instruments for examining, impressing and challenging other people. In Shakespeare's drama, everything is words, words, words... We had to struggle to be able to abandon the entirety included in Shakespeare's play. In our performance, the actors don't talk to each other, not because the "physical theatre" is dumb, but because we would like to show the emotions, the intentions of the characters before and after enouncing a word. These are the moments when they don't yet know what they are going to say, or when they want to hide, or to suppress what they have already said. Today we live in a world of Hamlet, this is the age of people who cling by any means to power and predominance, when the fighting between those who are on the boat ready to sink only increases the force of the storm. The way of Hamlet is the way of being born. We are Hamlet. We carry the individual and one-shot revelation of perception, astonishment, and of growing up. Shakespeare's Hamlet is a story about the Stations of the Cross. It is a story about the way in which a person grows up to make things to become true, and rebuilds the diminished time. Hamlet isn't a hero. Hamlet is a man. He is the only man. We are Hamlet. Our Hamlet is a very serious event in the history of the five seasons of Studio M."
Péter Uray, director 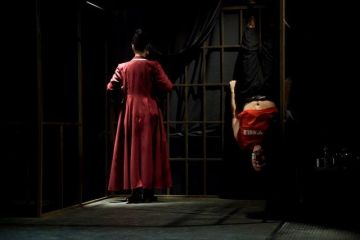 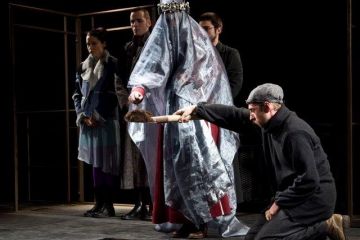 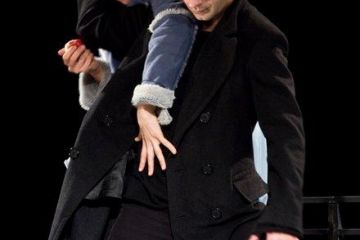 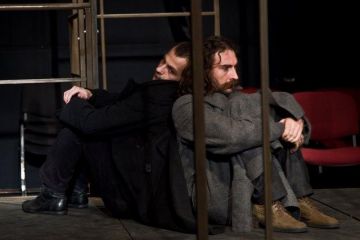 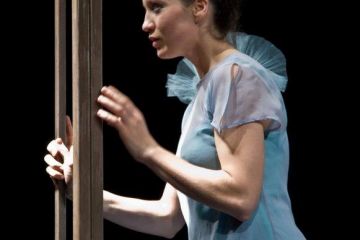 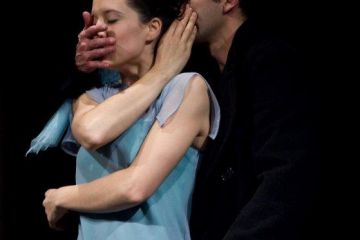 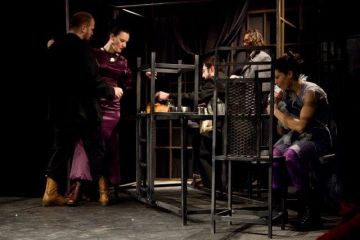 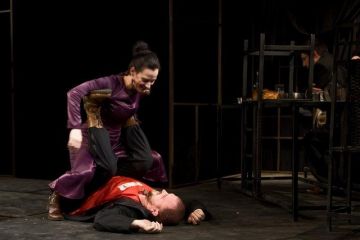 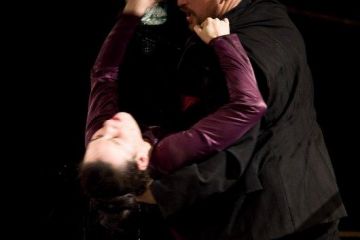 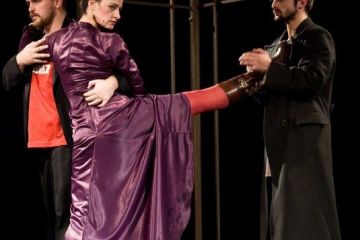 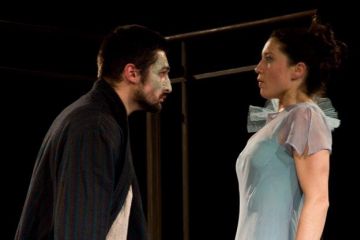 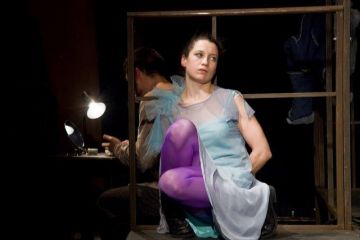 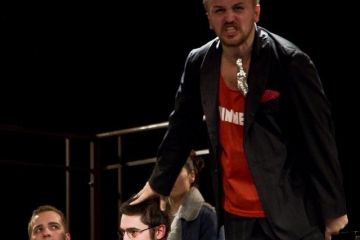 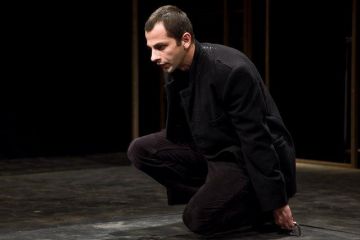 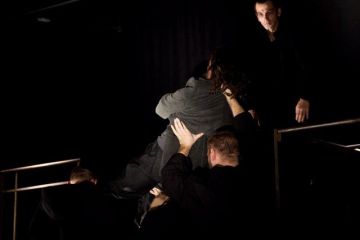 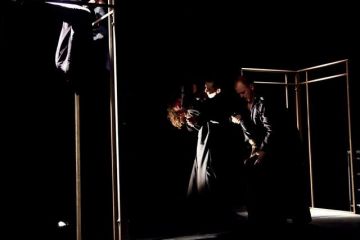 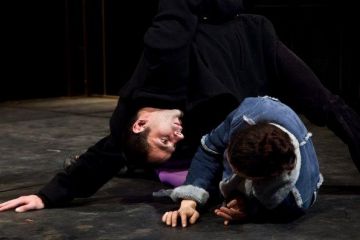 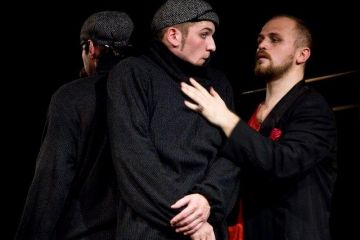 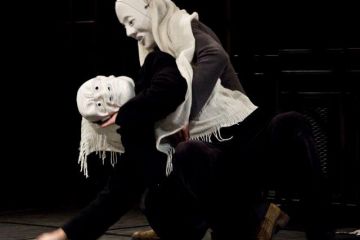 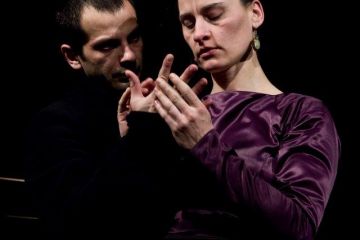 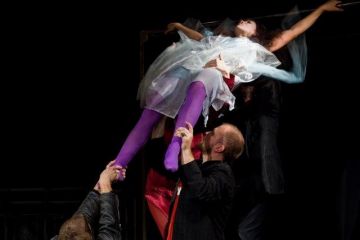