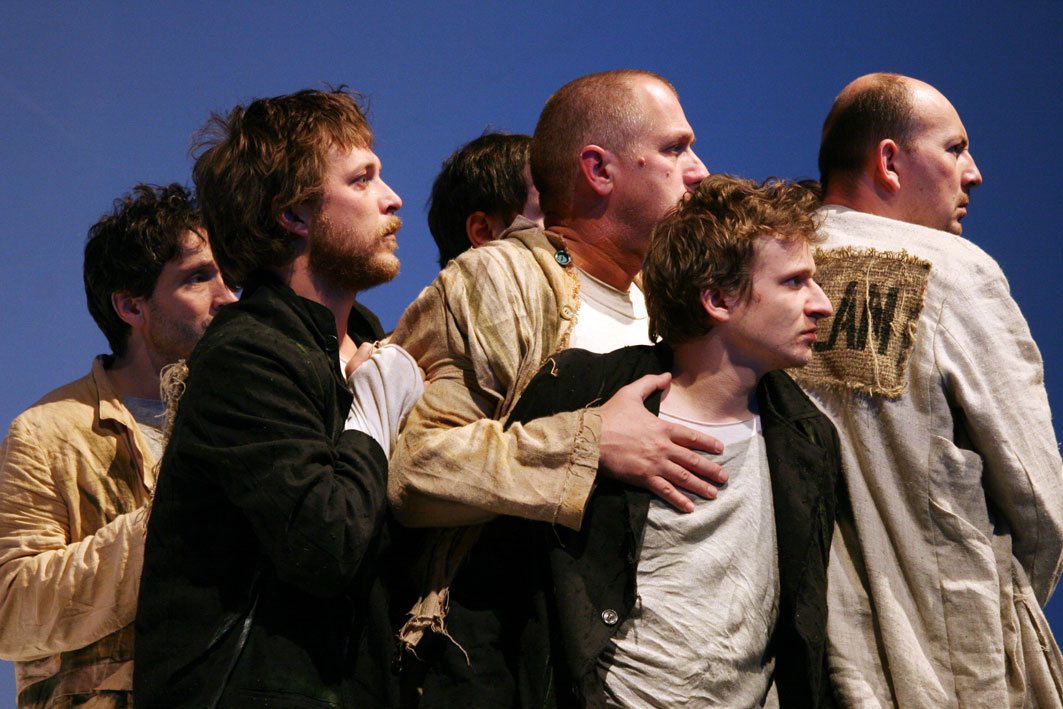 First time production of the play in Romania

Date of the opening: november 04, 2005
In his plays, Andras Visky attempts to assimilate recent past memories by retelling through theatre the tragic but, at the same time, comic stories of the gulag-world experienced in his childhood. Enlarging the time and space of the Bible, the play places the persecuted disciples into a hut, drawing in this way the picture of Romania in the 1950’s and 1960’s: an atmosphere full of intimidation.
The play works not only on the biblical level and the political reality of 1960’s Romania, but on a third level as well: that of the absurd plays. Two of the disciples take a few lines from Beckett’s play, Waiting for Godot, turning them into a clown-scene, suggesting the absurdity of a world left by God. One can best speak about 1950's Romania in the terms of the absurd…
The performance directed by Gabor Tompa focuses on the collective experience of loosing freedom. “In the tight and aggressive space of the absence of freedom, the characters are replaying, putting in motion, making present and sharing the identity-marking events of their past, at times using tools that seem to be very extreme.” András Visky
Opening date: November 4, 2005.
Running time: 1 hour and 30 minutes. 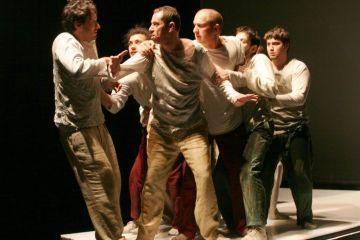 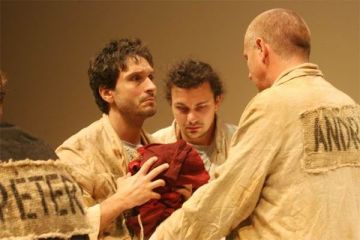 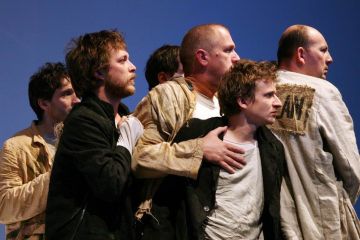 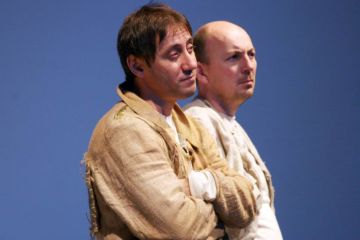 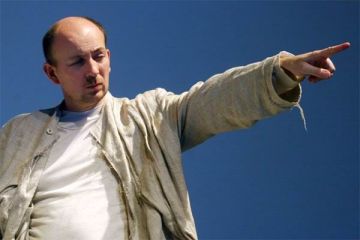 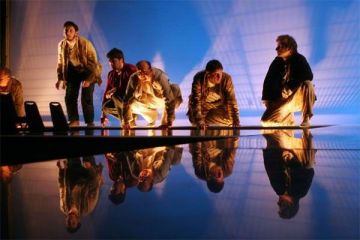 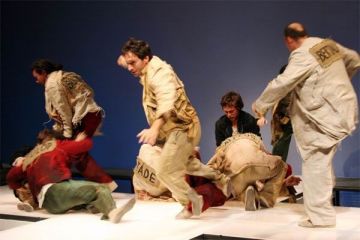 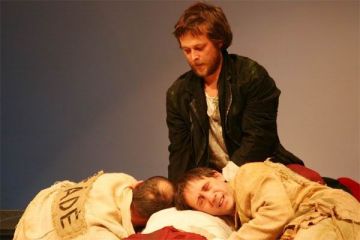 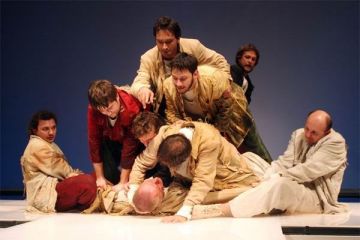 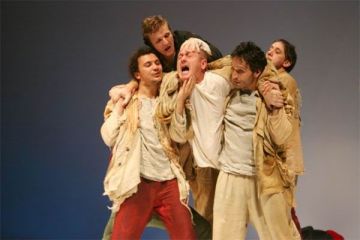 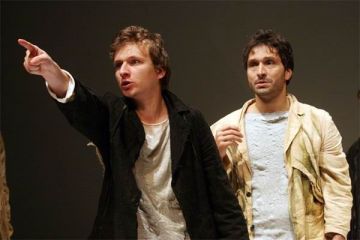 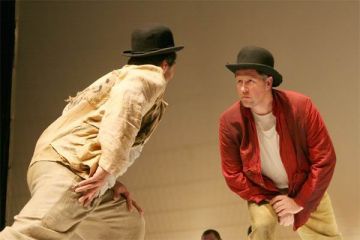