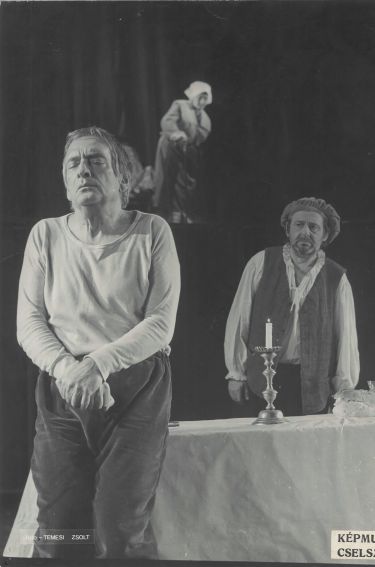 THE KOSSUTH PRIZE WAS AWARDED TO ACTOR ANDRÁS CSÍKY

On 15 March, on the occasion of the Hungarian National Day, the President of Hungary, János Áder, presented numerous awards in recognition of the valuable work carried out by prominent figures of Hungarian culture. The Kossuth Prize was awarded to actor András Csíky, honorific member of the Hungarian Theatre of Cluj.

"András Csíky, Jászai Mari Award winning actor, honorific member of the Hungarian Theatre of Cluj, [receives this award] in recognition of his long and extraordinarily valuable career, his significant role in the life of the Hungarian theatre in Transylvania both as an actor, as well as a teacher, and for portraying the most important dramatic roles belonging to Hungarian and world literature.” - as stated in Magyar Közlöny (Hungarian Gazette), which published the list of award recipients.