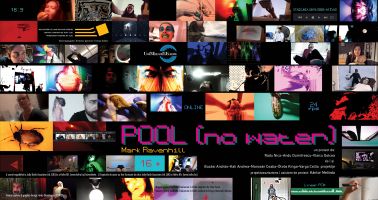 Since unconventional times call for unconventional measures, the latest premiere of the Hungarian Theatre of Cluj will take place online on June 10, at 8 pm. Mark Ravenhill’s theatrical-film performance entitled POOL (no water) will be available at www.eventim.ro from June 10 to July 10.

Radu Nica, the production’s director stated the following about the performance: “Although we now have pleasant feelings regarding the performance, Pool was a difficult birth and its labor was quite difficult as well. The casting took place two years ago, but in the end the project had to be postponed indefinitely. 2018, the year of the centenary of the Great Unification, was marked not by numerous projects worthy of the celebration, but by a significant decrease of the budget. I sincerely thought that the performance would no longer take place, however, the perseverance exhibited by the Hungarian Theatre of Cluj’s management made it possible to continue our cooperation in 2020. In the meantime, we’ve all changed (and so has our theatrical vision), so I found it necessary to change the initial idea by ​​creating a “travelling” performance project instead of the original physical theatrical performance. We envisioned the space as a huge workshop, featuring an installation with multiple stations, in which we designed a series of creative-moments.

However, when, after two years of postponement, we met again and began the rehearsal process, a state of emergency was declared, so working on the text was overruled by fear of the virus and the unknown that had overwhelmed us all in this new situation. We decided we couldn’t ignore this situation and chose a third approach, so using the isolation as a jumping off point, the production became a kind of creative diary about the quarantine conditions of the artists involved in the project. As a result, the project turned into a real teamwork, in the truest sense of the word, as the interdependence developed, the individual assumption of responsibility by each team member resulted in everyone taking on a completely different role than what is conventional in a theatrical production. A real-time production - in which the director gives the instruction and the actor carries it out became impossible, and our Zoom conferences encountered obstacles. These online encounters could not exceed the level of information exchange and guidance, turning the creative work into a cumbersome back-and-forth process of constant trials and errors. In order to define situations, actions, and environments, we were forced to virtually intrude into everyone’s personal home and intimacy. Their marital beds became parts of the set, the actors' civilian clothes became costumes, and their children became camera operators. Not to mention that the required process of familiarizing oneself with technology proved to be quite frustrating and time consuming for some of us. But it was a pleasure to see them all, without exception, being open and receptive to new things, and throwing themselves into the unknown without giving it a second thought, thus demonstrating a great deal of courage and curiosity.”

TICHETS for the POOL (no water) online performance can be purchased at eventim.ro. The production will be available on the eventim.ro platform from June 10 to July 10. After your ticket purchase, eventim will send you two separate emails: the first email will contain your ticket and access code, while the second email – which will be sent right before the performance – will include a link where the performance can be viewed upon inserting the unique code previously issued to you.