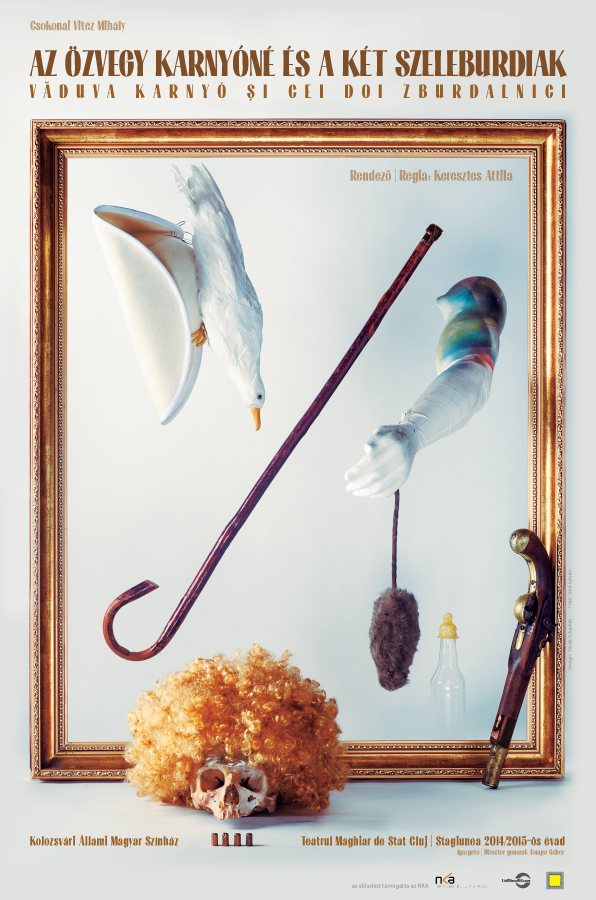 The Widow of Mr. Karnyó and the Two Rascals

directed by
Attila Keresztes set design
Viola Fodor costume design
Viola Fodor music composed by
Pál Kazár musical coordinator
Pál Kazár choreography
Ferenc Sinkó stage manager
Pál Böjthe
Date of the opening: march 06, 2015
Csokonai wrote The Widow of Mr. Karnyó for student theatre. The story is quite grotesque, and if we were to interpret it in a realistic way, it would be a horrible story. There is a “tough” crone, who is wooed by two young men, but only for her money. She has a mentally disabled child and her husband is away fighting in a war. Everybody believes he is dead, but later he comes home. In the end, she tries to commit suicide due to lovesickness. There is something of Mother Courage in it. According to Csokonai, the genre of the play is fairytale, because this is how he defined the absurd in the 18th century.
Attila Keresztes 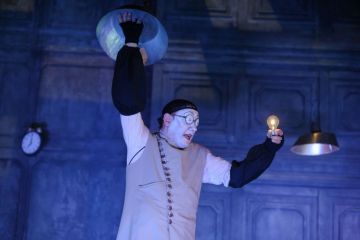 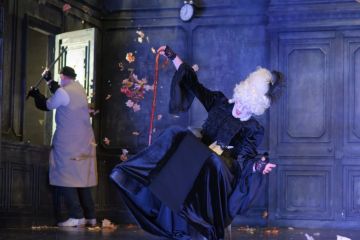 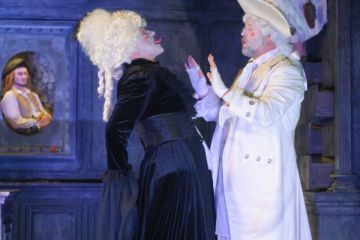 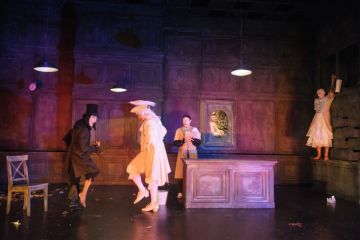 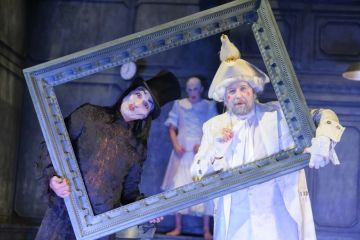 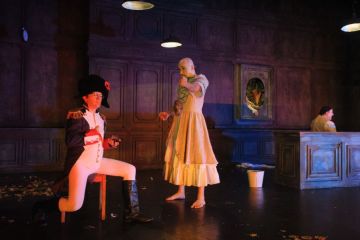 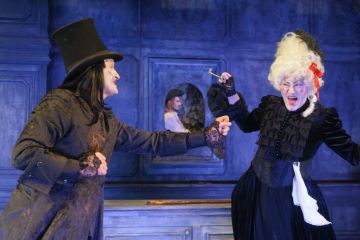 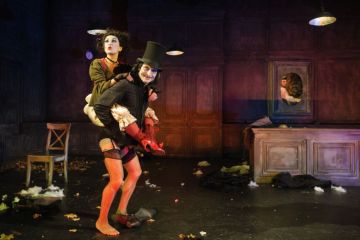 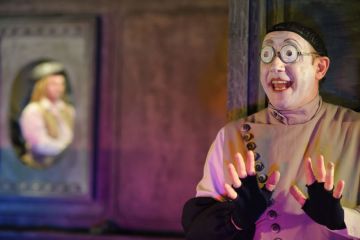 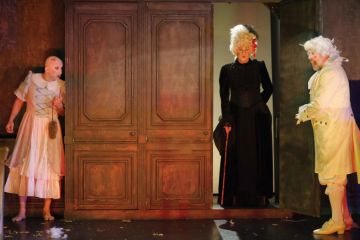 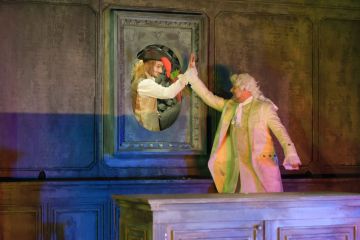 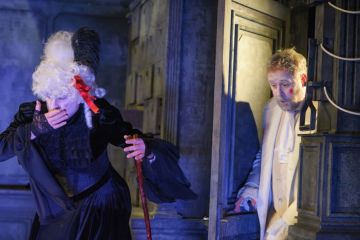 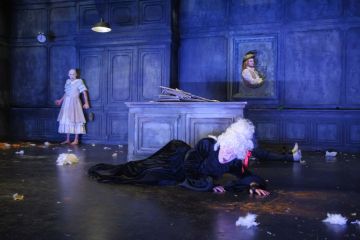 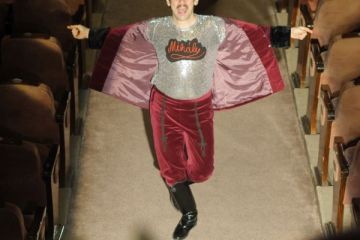 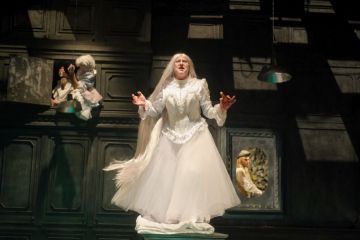 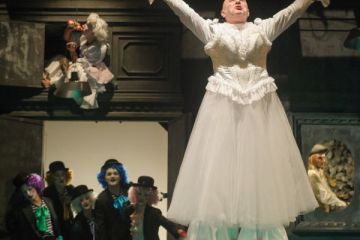 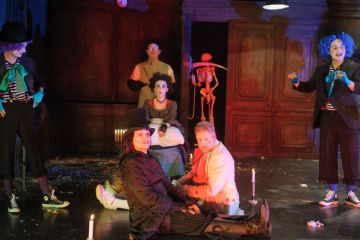 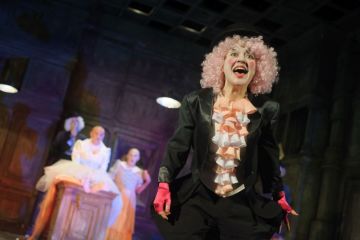