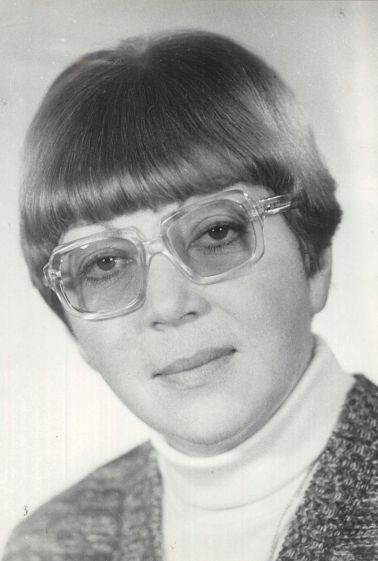 MÁRIA BISZTRAI, THE FORMER DIRECTOR AND THE HONORIFIC MEMBER OF THE HUNGARIAN THEATRE OF CLUJ, HAS PASSED AWAY (1923-2020)

Mária Bistrai, the former director and the honorific member of the Hungarian Theatre of Cluj, has passed away at age 98.

Mária Bistrai was born on May 25, 1923 in Cluj-Napoca, as the child of Romanian Prime Minister Petru Groza and actress Duci Kabdebó. She studied in Hungarian and Romanian language schools, then prepared for diplomatic service in Zürich, Switzerland, still, after completing her studies, she registered to the acting department of the Hungarian Art Institute in Cluj-Napoca, which she completed in 1951. Consequently, she became a member of the Hungarian Theatre of Cluj, where she held the directorial position between 1969 and 1985 (the year of her retirement). It was during her administration that the company staged András Sütő’s dramas (The Palm Sunday of a Horse Dealer, Star at the Stake, Cain and Abel, The Wedding in Susa).

As one of the most prolific actresses of her time, Mária Bistrai brought to life a multitude of lyrical and character roles. She has performed numerous solo shows, and has often appeared in Hungarian-language programs of the Romanian Radio and Television.

She has starred in several films, including 141 Minutes from the Unfinished Sentence based on Tibor Déry's novel (d. Zoltán Fábri), but she was featured also in Sindbád (d. Zoltán Huszárik) and Mephisto (d. István Szabó), as well as in the Romanian film series Lumini și umbre (Lights and Shadows).

Mária Bistrai has been an honorific member of the Hungarian Theatre of Cluj since 1992.