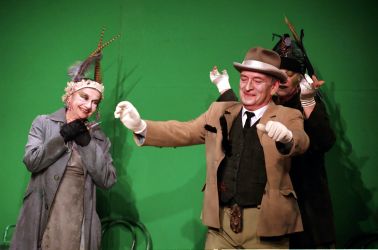 Subtle intelligence, heightened sensitivity, inner brilliance and fragility that flood the stage. He is a very special artist, one of the few who speaks several theatrical languages, knows the depths of the psychologically realistic character formation and brings forth with self-assured knowledge the intricate authenticity of absurd roles. He knows that there is no tragedy without humor, and that, contrary to popular belief, comedy is not merely an “easy genre” either: on the stage, the actor must become real in all cases, he must be born, and no matter how much the role provides a layer of defense, he can never leave himself behind in the dressing room.

He played Molière in The Cabal of Hypocrites, and I return to this performance of his from time to time when I think of András Csíky and feel his absence. I can recall the feeling of horror he caused me with his solitude on stage in his role as the frustrated director of the Palais Royal. He stood there, in the spotlight, in an almost dizzying proximity to the viewer, in the grip of absolutist power on one hand and a collapsing personal life: this is a situation where one is confronted with the final questions, or perhaps is faced with only one question, namely who is in fact the I that is me? How can a rich life like Molière's be summed up, when collapses precisely into a molièresque solitude?

This is what András Csíky did, and not only in this role: transforming the viewer into a witness and a doer at the same time. He conveyed the message that culture is first and foremost a collective action that gives us responsibility. And while the actor may take on different roles instead of us, he can’t answer our own questions, that’s not his task, he would rather sharpen the questions endlessly, in order for the performance to become a shared event and let us go on our way with a worthy task.

I would run out of time if I were to list all his roles what were defining for me, the roles that still live on the stage of my imagination because they still bear living meaning to me, from Stomil, Horatio, and the melancholic Jacques to the elegant and awesome Fior. Fior, yes, he’s here with us, and not only one, just not on stage, but right here in public life: he’s the one who, as a political fashion dictator, is about to prepare the mob’s apocalyptic revolution that sweeps away all cultural values.

I see the secret of András Csíky's art in the fact that he constantly recited an internal monologue on stage, perfectly synchronized with the roles he portrayed, which made his roles be full, inescapable and larger than life. This sharp, ruthlessly honest private discourse makes a generously knowledgeable actor a creative artist. When we think of him with involuntary respect, which somehow is also uplifting to us, we must not forget that András Csíky had real and responsible thoughts on stage about the world, society and, last but not least, the community of which he himself is a member.

"Are there any witnesses?" He usually asked before performances, referring to the audience. In addition to his legendarily refined humor, I truly liked the seriousness of this question. He hid his cultured ways and special sensitivity also in such small statements. Witnesses, yes: this was what he expected from his audience, because he thought the theatrical performance was a common event, that is, a community event, and he held not only himself but his audience to the same high standards. Never aggressively or demandingly, but with the generous patience of long-distance runners.

Anyone lucky enough to be able to follow him throughout even a single rehearsal process knows what it means to analyze a piece down to the smallest details and then build up a real stage situation. What it means to remove one’s self from the always seductive surface and take a deep breath to dive into the depths of the soul and then come up to the surface again, that is, to become visible by new meanings that are both beautiful and unbearable, larger than life and yet still very human. Those who worked with him gladly became his disciples alongside him, and the few who had the chance to learn from him at the university respect in him the master of acting pedagogy.

He is a member of a noteworthy generation of theatre founders, who played a high stakes game by enjoying the fruits of the friendship between director György Harag and playwright Ferenc Kovács. Only big players can create real theatre: in the art of András Csíky we can witness this aspiration. He was also present in the Romanian theatrical and film world with his undeniable knowledge, responsibility and ease, and he also consolidated his film career through Liviu Ciulei’s the landmark film creation, Forest of the Hanged.

Within this birthday greeting, there are unacceptably many sentences written in past tense. Well, the question is, how can we, who are his contemporaries and have been his co-creators in so many crucial performances, how do we account for the fact that András Csíky's has completely turned his back on the theatre in the height of his creative prowess? He lives here in our immediate vicinity, yet we haven’t seen him on stage for a long time.

We miss him, and this lack also sheds a bright light on András Csíky, in order to depict his beautiful profile again and again from time’s archives.

Happy birthday, dear Bandi! Thank you for all the knowledge and wisdom you’ve imparted with us. Which also made us your witnesses and interpreters of the times. We miss you, because without your mere appearance on stage, without the “unshakable commitment” and creative honesty that is your very essence, the Cluj theatre still cannot be imagined. 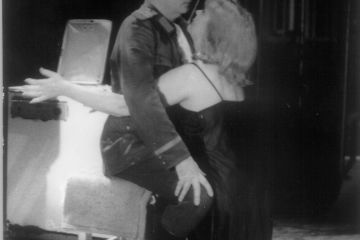 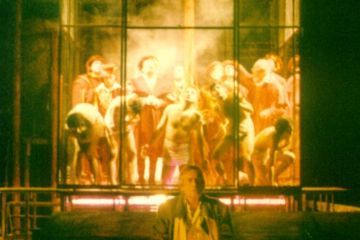 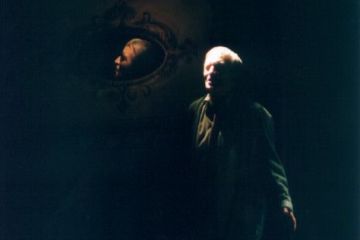 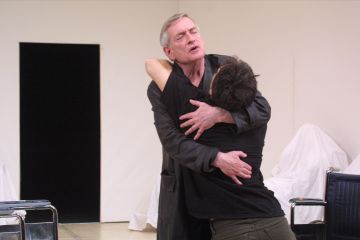 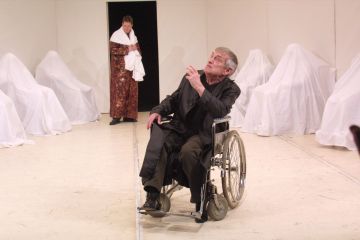 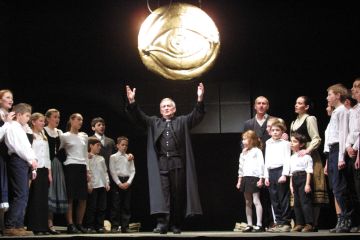 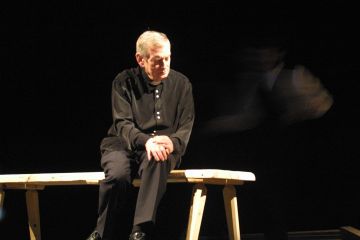 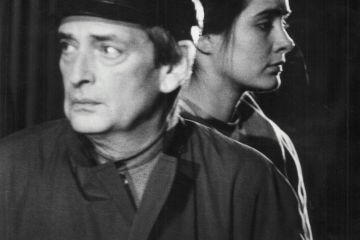