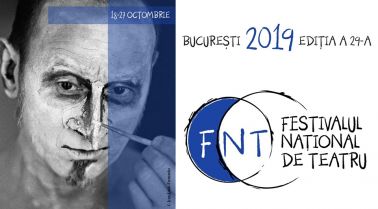 The 29th edition of the National Theatre Festival will take place in Bucharest, between October 18 – 27.

“The performance takes place in the cold world of modern technology, where, in contrast, passions run high. Passions that point, first of all, toward narcissism and selfishness. At the same time, these characters are also prisoners of certain aspects of their own lives.” – stated the production’s director, Gábor Tompa.
The following performance, directed by Andrei Măjeri, is Ernesto Anaya's Las Meninas, which will be presented to festival audiences on Thursday, October 21, in the Pictură Hall of the “I. L. Caragiale” National Theatre of Bucharest.
“In a historical but highly fictionalized type of society that is at its highest point before declining, the ultimate whim is the desire for immortality. A brilliant painting turns out to be the only salvation. However, the protagonist and the target of all those around, namely Diego Velázquez, perceives the respect of posterity in a different manner. He gives up his painting job (an occupation which was not considered to be an art form in that age), and chooses a more serious profession – that of the manager of the palace - and awaits years until receiving his most important order. The infanta and others wish to be immortalized in a painting that is “more beautiful than the Mona Lisa”. And thus, the two universes collide repetitively, in notes encompassing tragedy, comedy and parody alike.” - said director Andrei Măjeri.
Finally, the last guest performance by the Hungarian Theatre of Cluj, namely Marin Sorescu’s Jonah – directed by Gábor Tompa -, will take place on Saturday, October 26 at 10 pm, as well as Sunday, October 27, at 7 pm, in the George Constantin Hall of the Bucharest Nottara Theatre.

“Jonah, in my view, is a performance about the artist's condition and his current doubts of faith. About his Relationship with God, with the divine, with inspiration, hope, and despair” – noted Gábor Tompa about the production.

The motto of the 29th National Theatre Festival is: “Theatre, a magical moment in history.”


The main financiers of the festival are the Ministry of Culture and National Identity, and Bucharest City Hall.
The festival is organized by: UNITER – The Romanian Association of Theatre Artists, Expo Arte Cultural Center and the I. L. Caragiale National Theatre of Bucharest.
Partner: the Romanian Cultural Institute.
Sponsors: HelpNet, Mol Romania, DEDEMAN, Domeniile Blaga.
For more information, please acces: www.fnt.ro.
Tickets for the performances can be purchased at www.mystage.ro.
Copyright © 2020 Hungarian Theatre of Cluj. All rights reserved